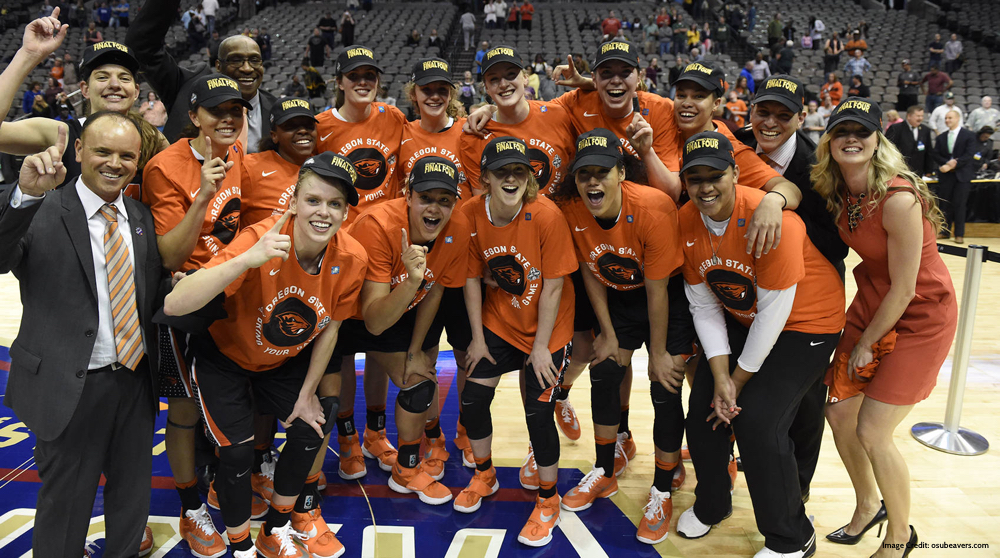 It’s still one of my favorite times of the year, but now I’m fascinated by the process—how to develop team culture that leads to more wins. How to motivate a team to peak at the right time.

In 2013 Penn State played in the Paradise Jam event in the Bahamas. One of the teams we played was Oregon State. I remembered their coach, Scott Rueck, was named the 2009 Division III National Coach of the Year after his George Fox team went 32-0 and won the 2009 National Championship.

I had read about the dismal situation at Oregon State when he took over in 2010. But the team I saw in the Bahamas showed how much had changed in just a few years.

His players battled hard. They were locked in at timeouts. They carried themselves with both confidence and humility. Their unity was evident and inspiring.

Now many have observed what I saw then—the transformation of their team culture—as just six years after taking the helm, Coach Rueck led the Beavs to their first-ever Final Four.

Obviously the guy knows how to coach—he’s got the strategic knowledge necessary to win games. But their success the past few years is also a direct derivative of their team culture.

After facilitating some workshops for them last fall and watching them play, I’ve noticed these keys to the transformation of their team:

Know who you are, and who you’re not. Coach Rueck is self-aware. He knows his strengths and weaknesses. He has unwavering confidence in himself, his philosophy and his methods. He has refined his coaching style and stays true to it.

Find the right people. As Coach Rueck said in an interview after the regional final,

I don’t believe you win without great people. I think this team is a great basketball team. I think they’re better people.

He knew the kind of people who would fit his on-court system, but more importantly, his overall culture. He recruited not just anyone with talent, but players who fit. He hired assistant coaches who shared his vision and values in addition to complementing his gift mix.

Focus on Relationships. He spends a lot of time and energy building team relationships throughout the year. He honed his methods at George Fox, and replicated them at OSU.

The love and trust between players and staff didn’t happen by accident. The vibe of genuine care and concern for others, the spirit of humility and the laughter all took intentional effort to create. Every. Single. Day.

Embrace the natural progression. What we saw in the 2016 Beavs took time to create and the road had some bumps and turns.

Developing greater self-awareness requires some strategies, but it also requires time. Coach Rueck’s experience as a head coach helped him find his identity and clarify his philosophy and system.

Recruiting the right players and staff also takes time. Assistant coaches leave and players transfer. Top recruits choose other schools. Even with due diligence, hiring or recruiting mistakes happen. But every situation informs the learning about how to find the people who fit the culture.

And, as you well know, building relationships takes time. It’s a journey to get to know people at a heart level. [Tweet That!]

The kind of trust needed for a team to achieve greatness together develops over time when individuals experience love and acceptance for who they are, flaws and all.

You need a philosophy and a system as well as the right people. But you also need time.

Check out this research about the coaches who have won the women’s Division I National Championship: And add Dawn Staley to that list, who won the national title in her 17th year as a head coach.

The average number of years as a women’s basketball head coach prior to the first national title is just over 11 years.

It took time for these coaches to learn more about themselves, find like-minded, talented people who fit their culture and invest in relationships, in order to reach their goal.

Although Oregon State hasn’t yet won a National Championship, the steady rise of their team culture helped them ascend higher than ever before—a transformation that created exciting March Madness memories for all of us!