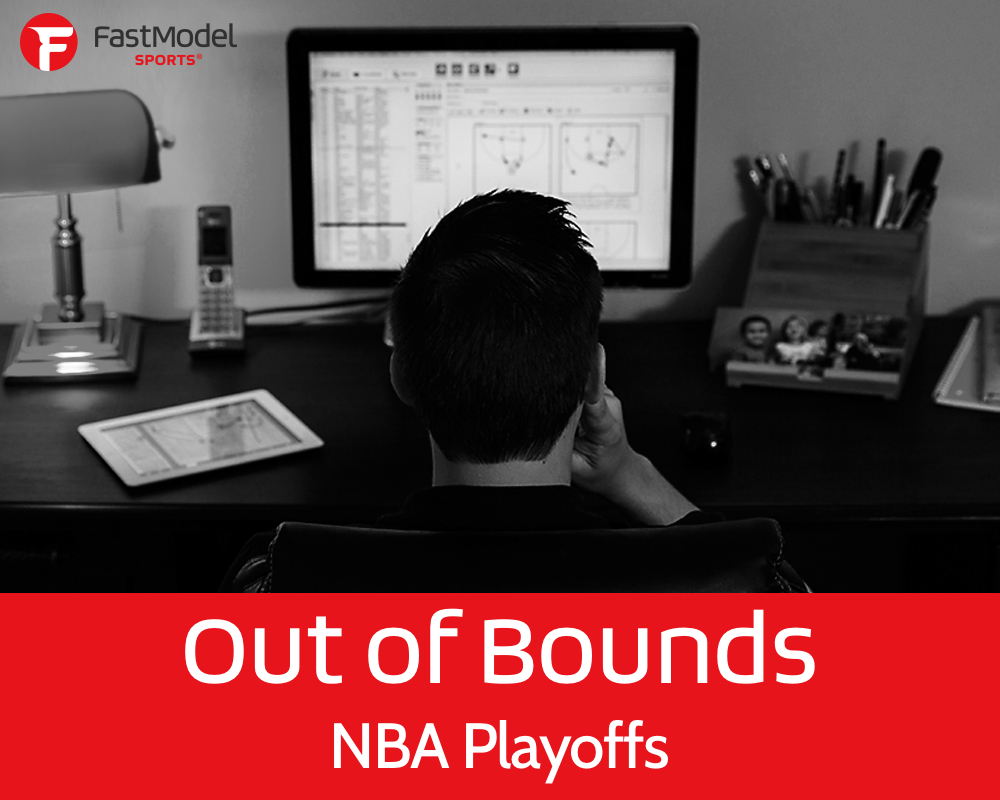 “Starting 5 – Out of Bounds” by Greg Youncofski was originally published by HoopDirt.com

Executing on your SLOBs/BLOBs is one sign of a well-coached and focused team. Out of bounds plays are a great opportunity for a team to run the exact action that they want and for a coach to put his best players in great scoring position. In the post season, well designed out of bounds plays are crucial as getting a bucket off a SLOB/BLOB at the end of the game could either continue or end your season. During the first few nights of the NBA playoffs I saw a few great actions that I wanted to share with the rest of the basketball world.

A very well designed late game SLOB play by the Thunder. For coaches looking to run this set, I believe it is important to make sure your best ball-handler/playmaker is coming off the double ballscreen, as this will make the man guarding the second screener to show/hedge out because he has to respect the ball-handler on the drive/shot and this rotation could make him late getting back to his own man. This is also effective if the defense is switching, because now the man coming off the fade screen has a mismatch. The Thunder do a great job here clearing out the side so that if Durant does not have a shot, he has plenty of room to take his man.

One of the Hornets favorite sets in the half court can be just as effective as a SLOB.  The Hornets set it up by making Batum’s defender fight through false action zipper screens, and then come right back and make him fight through stagger screens. Batum scores here but the play has many options. Your point guard can take it to the rim right away off the ballscreens. If you have a big man who can shoot, have him pop after the stagger screen because if his man switches or overhelps, he could be wide open for a three-pointer. Another well designed SLOB from the Hornets. This play is effective because it has many options that the defense has to worry about. By having Jefferson catch the ball outside the three-point line, Batum has plenty of room to take the handoff and go all the way to the rim. By having so much action going on, no defender is just standing around waiting to help – everyone has to worry about their man.

A lot of options here! #NBAPlayoffspic.twitter.com/K3K4WQ2Iis

The Cavs ran this out of a timeout with LeBron James at the 4 and Kevin Love at the 5. The Pistons switched the 4/5 screen, but X1 did not switch off the downscreen quick enough to get to Love. He missed the shot here, but got a clean look. This can be a great ATO SLOB action for smaller teams/team with a big who can shoot. Innovative BLOB set by the Raptors. Most teams that run a double rip set usually run it for a bigger player. The Raptors run it here for a point guard. This can be a great action for teams who have bigger guards or who are looking to take advantage of a mismatch in the post. The Raptors have their 5 man set the first screen which  is not an easy action to guard as majority of teams do not switch 1-5 and X1 has to fight over two screens.