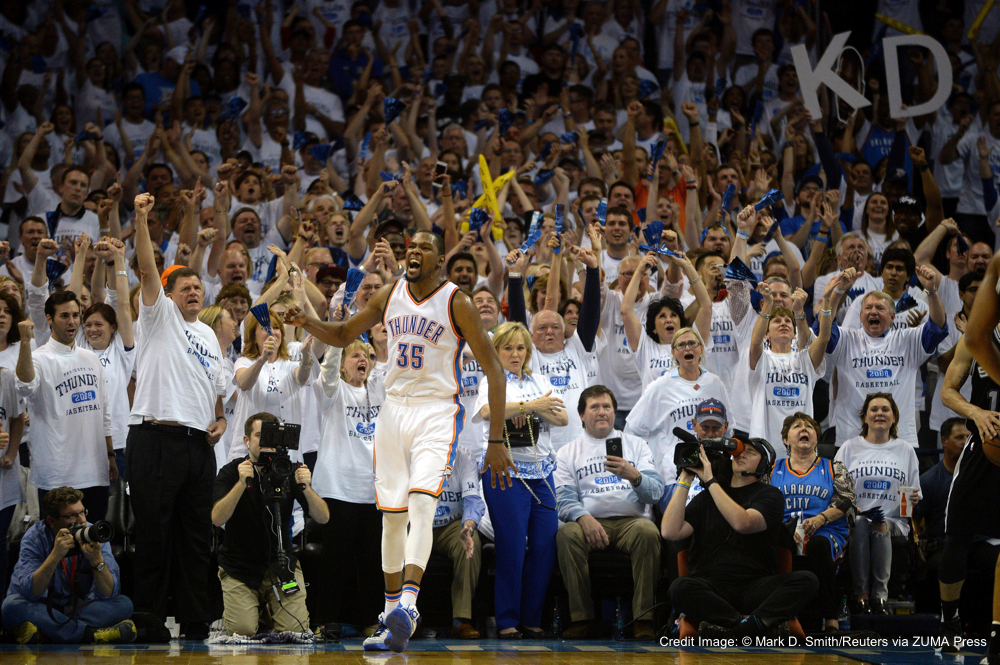 The Oklahoma City Thunder have one of the most talented rosters in the NBA and are peaking at the right time. After taking down the Spurs in 6 games, the stage is set for what should be a great Western Conference Finals versus the Golden State Warriors.

This is a great set the Thunder have found success running against every team this year. Designed like their normal 54 Dive set in which Ibaka pops off a ballscreen out of horns, they look to get a lob for Roberson. Roberson is open because most teams “dummy” him or leave him open intentionally due to his lack of shooting. Look for the Thunder to run this against Golden State, since Golden State has a playoff history of ignoring players who cannot shoot. The Oklahoma City Thunder run a great backdoor set for Russell Westbrook with Kevin Durant passing. After intial action similar to floppy, Durant comes off a pindown into a dribble hand off. After the hand off he hesitates looks at Westbrook who then plants and goes backdoor. Look for the Thunder to unleash this set in the conference finals, typically after a time out.