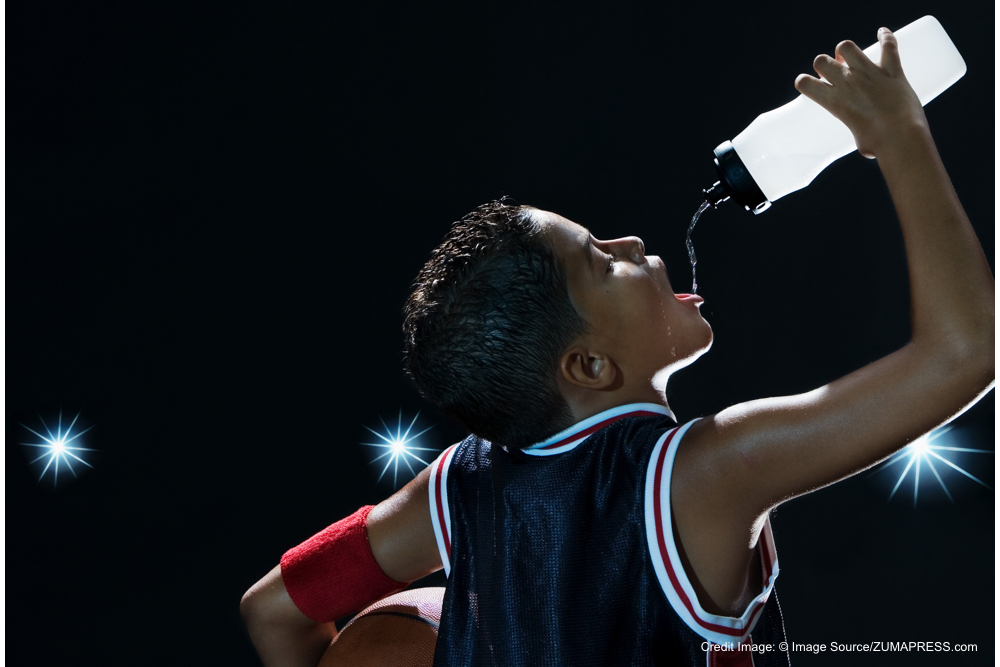 Like it or not, the dog days of summer are upon us. Players are finishing up school, AAU is in full swing, and camp season is set to begin. Not to mention open gyms, practices, summer leagues, and more.

At this moment it is extremely important to remind players of the importance of taking care of their body. Yes, they are young, their body can handle a lot more now than it will 20 years from now. But with that being said, we have to make sure they are putting the right things in their body to help them perform at their maximum level.

Players need to be drinking more WATER – and not just on game day. Trust me, your players will thank you.

How long does it take to hydrate?

It takes approximately 20 minutes to hit the peak rate of fluid absorption in the blood. It usually takes 75-90 minutes before the fluids are fully absorbed into the body.

With that being said, DO NOT WAIT TO HYDRATE. It is imperative that players start hydrating at least eight hours before their game. And keep in mind, many times players will play 4-6 games over the course of the weekend. Are they properly preparing their body? Very doubtful.

Most of the time I get the response, “but I feel fine”.

While I understand that statement, players need understand that they need to MAXIMIZE their output to reach their fullest potential. Playing “fine” isn’t good enough so why should feeling “fine” be allowed? Yes, they will be tired, but they will see a difference if they properly take care of their body and stay hydrated.

Need help understanding how to tell if players are dehydrated?

Next time they hit the restroom, have them look at the color of their urine. The lighter, the better. If they need more help, there are plenty of color guides that help tell which category they fall into (hydrated, dehydrated, severally dehydrated).

Coach Adam Barnes, the Director of the Coach Barnes Basketball Academy and a USA Basketball Certified Coach, is a nationally recognized Player Development Specialist based in Lincoln, Nebraska.