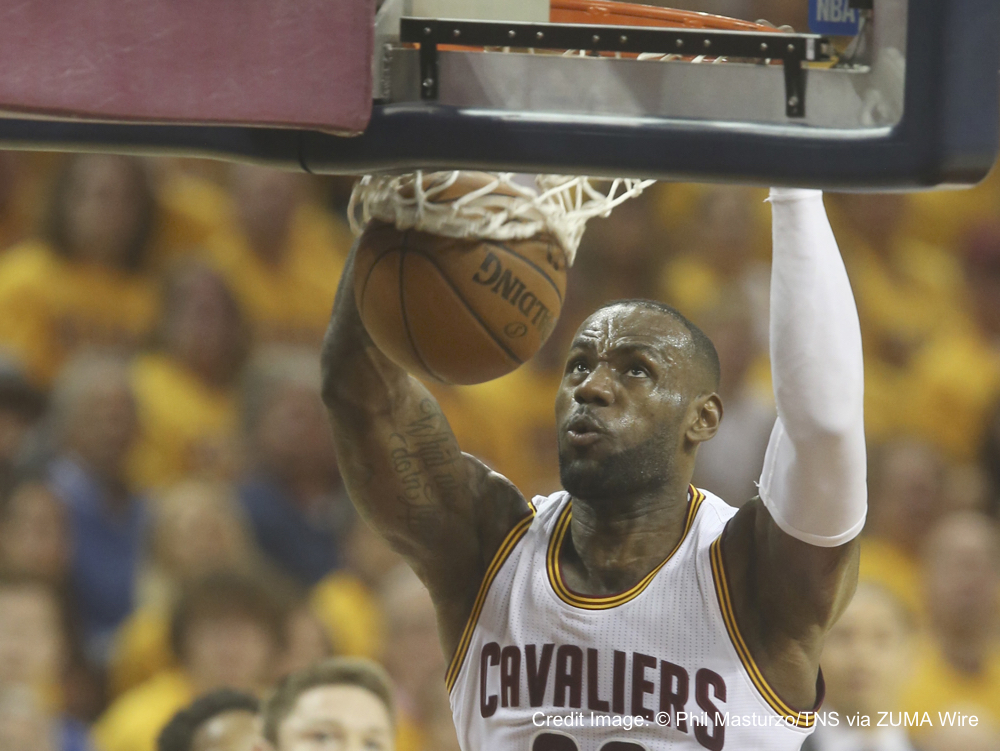 Below are five sets from the Cleveland Cavaliers used in Game 5 of the Eastern Conference Finals against Toronto. The Cavs put LeBron James at the right elbow and enter each set with a pass directly to LeBron at the high post.

In this set, Matthew Dellavedova passes to LeBron at the high post then screens away to the left elbow. Richard Jefferson makes a cut to the right block and Dellavedova loops around LeBron to take a handoff as he dribbles right. LeBron rolls off the handoff for a quick lob at the rim.

Get Horns Point Away Handoff Here

This set is similar to the first one but Richard Jefferson goes “over” the screen from Dellavedova instead of “under”. The Cavs get a little jumbled in this set, but it looks like Jefferson was supposed to screen for the baseline runner as Dellavedova used the ball-screen from LeBron in the slot.

As a counter to the over the top cut on the last play, Jefferson goes back door on the screen from Dellavedova for a wide open alley-oop pass from LeBron James at the right elbow.

Get Horns Point Away Lob Here

With all of the action going on at the left elbow, this play was played perfectly for LeBron to drive to the rim. Instead of setting the screen at the left elbow, Dellavedova continues around Jefferson to set a staggered screen in the corner with Jefferson. The defenders focus on guarding the staggered screen leaving room for LeBron to cut directly to the rim.

This play put the Raptors at a disadvantage trying to guard a ball-screen for LeBron at the right elbow. The Raptors ended up switching on the screen and it looks like LeBron could have continued driving to the rim for a layup.

May 17, 2016 – Cleveland, OH, USA – The Cleveland Cavaliers’ LeBron James throws down a second-quarter dunk against the Toronto Raptors in Game 1 of the Eastern Conference finals on Tuesday, May 17, 2016, at Quicken Loans Arena in Cleveland. The Cavs won, 115-84. (Credit Image: � Phil Masturzo/TNS via ZUMA Wire)
Sharing
Authors