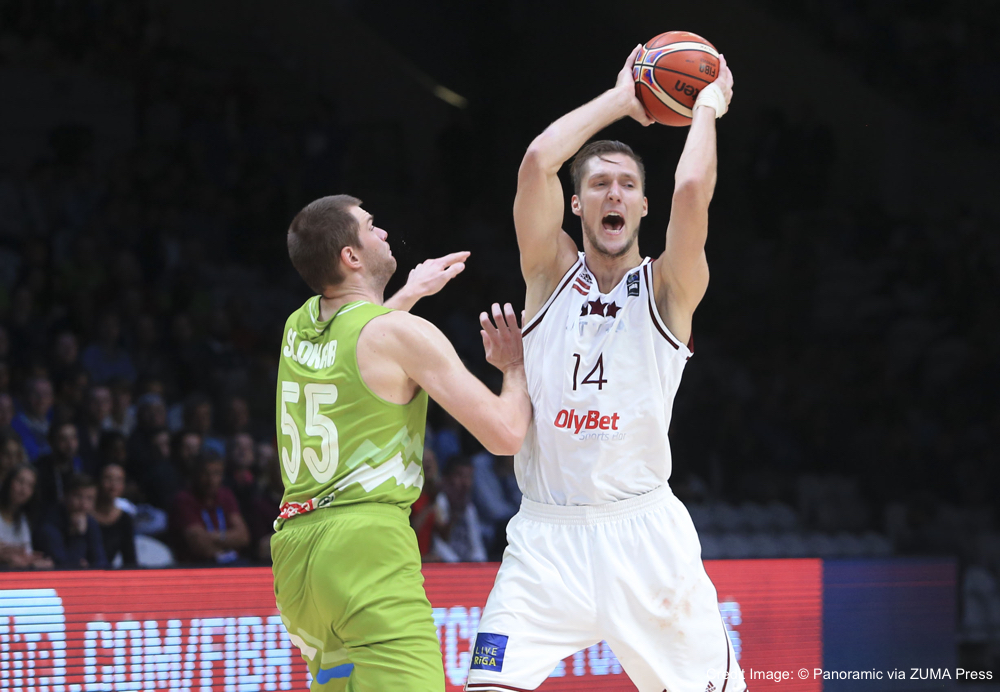 Below are two horns set plays used by Latvia in EuroBasket 2015. Latvia finished 8th at EuroBasket and is looking to win the Olympic Qualifying Tournament in Serbia to compete in the 2016 Olympics in Rio. Latvia will have to beat out Angola, Czech Republic, Japan, Puerto Rico, and Serbia to make it to Brazil.

In this horns set, they curl the 4 around the 5 then send 5 to set a down screen for 4. This can lead to hi/lo opportunities as well.

In this horns set, 2 steps out to get the ball on the right wing and 3 sets a back-screen for 5 on the left block. In the video, you will see the great pass that 2 made to get the ball to 5 at the rim.