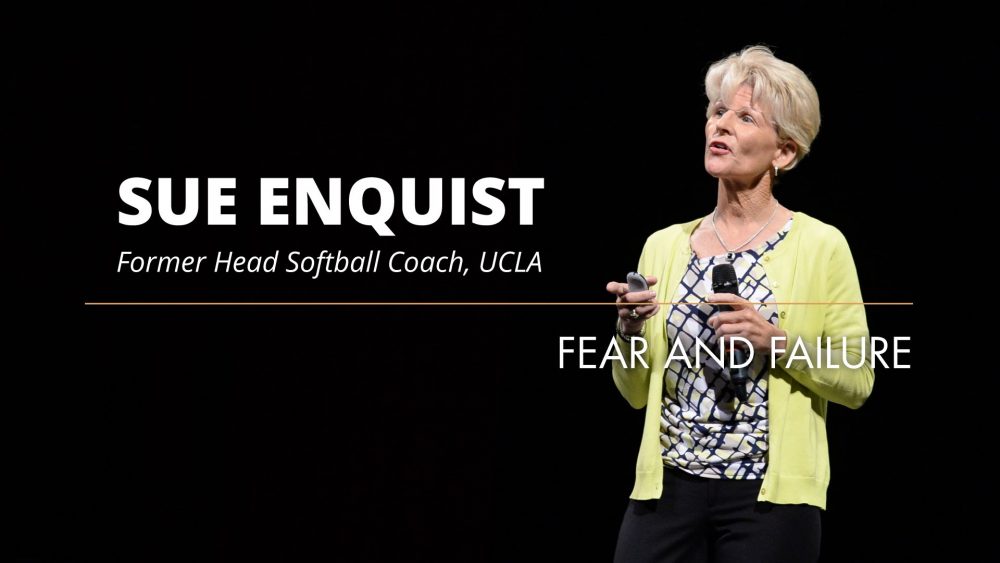 Last weekend I had the honor of speaking at Dan Tudor’s National Collegiate Recruiting Conference. The whole experience brought new meaning to “drinking out of a fire hydrant!”

(BTW, if you’re a college coach and don’t use Dan Tudor’s services or at least get his newsletter, you’re missing some great stuff. Check him out here.)

I could write a boatload of blogs about what I learned (and probably will!), but wanted to hone in on one idea from Sue Enquist that applies to every coach—how to craft a timeout message that gets results.

I’ve heard Sue speak a few times and always take away some amazing nuggets. She is the retired coach of the UCLA softball team, having led them to 11 National Championships. Yes, you read that right, eleven!

Even so, she would tell you that the wins for the first two-thirds of her career were empty. She has a lot of regrets from the way she coached then.

One example is how she handled time outs.

For many years, she would walk up to the mound when her pitcher was down in the count with the bases loaded and say things like, “just throw strikes!”

Then she figured out how to create what she calls a learning bridge, becoming an engineer of belief for her athletes.

The learning bridge has three parts:

When you acknowledge whatever is going wrong in the moment, you create a safe zone for failure. So important for today’s athletes who oftentimes don’t respond well to failure.

Then tell them what you’ve seen them do correctly in the past.

Maybe the last time you played this opponent your player locked down the top scorer, had five great assists, or got on base three times.

One thing I found especially interesting—Sue created a cheat sheet of the positive things each player had done in the past two weeks, in order to easily retrieve reminders for players during games.

Engineer belief by reminding athletes of times when they succeeded in order to strengthen their confidence in the moment. [Tweet That!]

Lastly, paint a picture of where they are going and what you believe is possible. “I can’t wait to see you on the other side of success.”

Use this method enough and your words of belief begin to, as Sue says, “stain their brain.” Eventually, your language becomes their language and they begin to stain their own brains.

Certainly the learning bridge is helpful in timeouts, but applies in practice or other times when a player or your team is struggling to believe.

For more on this concept along with a myriad of other invaluable insights, watch Sue’s talk at the What Drives Winning conference.