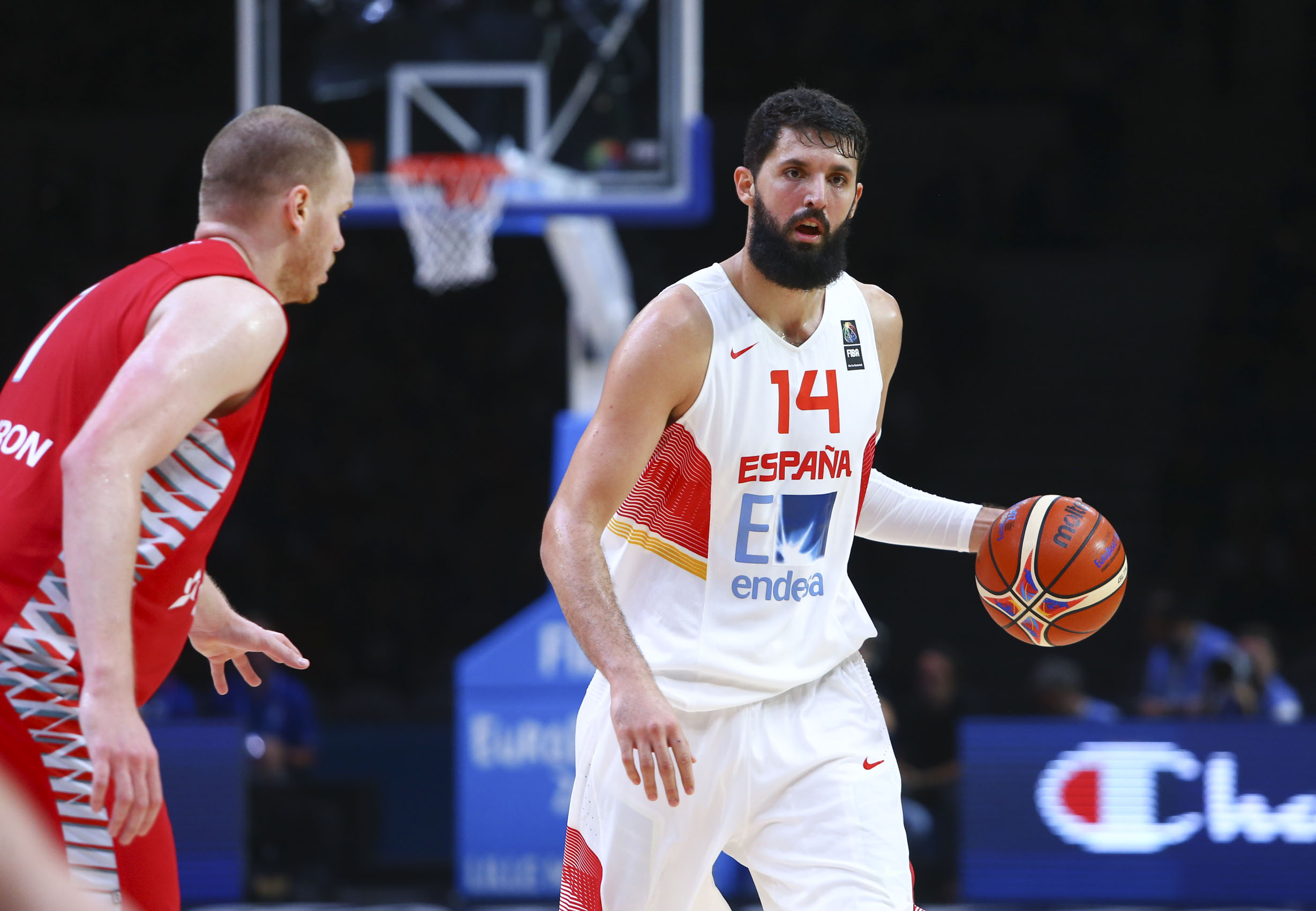 This week’s starting five includes five set plays from the Spain National Team. These plays were used in the 2015 EuroBasket Tournament. Spain won the tournament giving them a ticket to Rio for the Summer Olympic Games. Spain beat Lithuania in the EuroBasket final 80-63.

This play is a quick hitter and is used as a read against the defense. If the defense jumps out to hedge, the ball screener can slip to the rim for an easy layup. This play uses a shuffle/stagger action combined with a “Spain” action (back screen on the ball screen roll”. Spain does a great job of using multiple actions to make it difficult for the defense to keep up.

The point guard runs into the lane and can choose which side to run off of. In the video, 1 uses the single screen from 4 and 3 then cuts off of 5.

In this double drag play, the point guard’s job is to get into the lane and force defenders to help. The point guard can hit the big on the roll or pass out to shooters on the perimeter. In this play, an Orlando action “dribble handoff into ball screen” opens up the ballhandler and a cross screen is set for the post player inside.