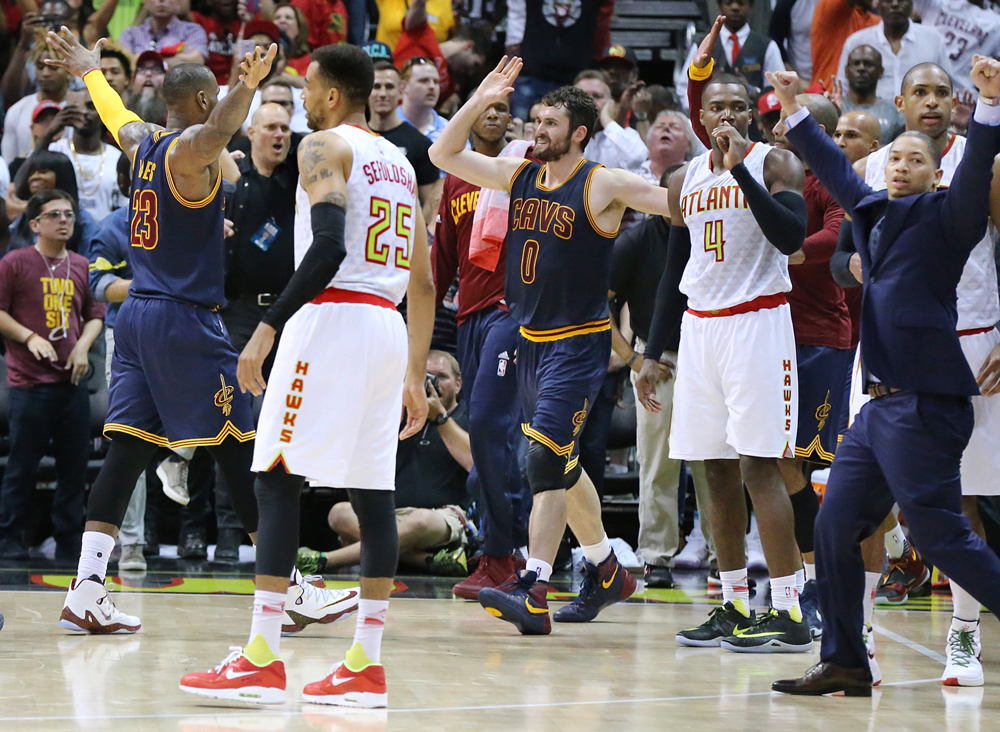 Often times, we, as coaches are tempted to create an extensive playbook full of offensive sets for multiple situations and looks.  Lately, there has been a trend of devoting a great deal of play calling one or two plays with more options than one can count.  Calling the same set on back to back possessions often leads to easy scores when defensive players are eager to over defend an action or are somewhat “offended” that a team could try the same play on them twice in a row.

This past basketball season you may remember the Tyronn Lue ordering “Horns Rub” for his Cleveland Cavaliers on at least 6 straight possessions that got scores on ever attempt during a pivotal point in the NBA Eastern Conference Finals.  There was also another great instance during 2015-16 when another Cavaliers consecutive play call change the outcome of a game.  This set however was run by the University of Virginia Cavaliers.

While down 5 with under a minute left to go, the Cavaliers ran a box set that involved an elevator screen on back to back possessions with a defensive stop in between. The Cavs won on great shooting, trust amongst teammates, and belief in his team on the part of the head coach.  Here’s what it looked like live:

The California Bear defense, possibly in a panic and recognizing the play from just moments before, were caught standing as the next option in the play call was successful.  Play calling in progression, with added options when the first action is well defended and hopefully overplayed can create great new situations for easy scores.  Here’s the diagram and enjoy!