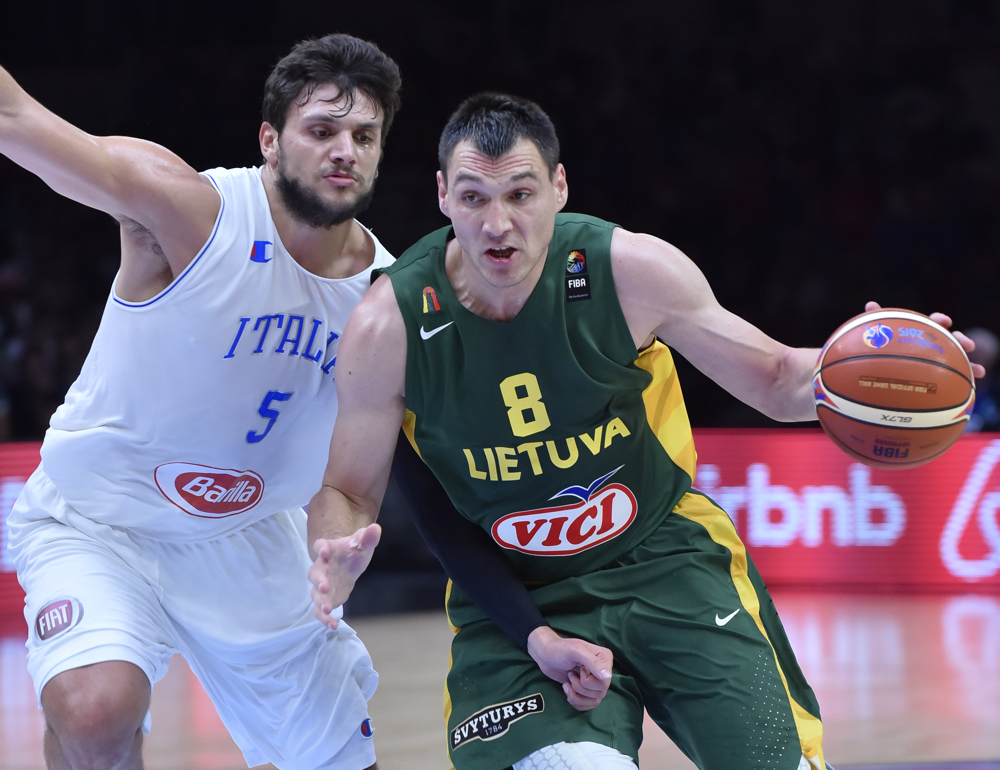 Lithuania will be competing in the Rio Summer Olympics after finishing second in the 2015 EuroBasket Championship. Along with China, Australia, and the United States, Lithuania is one of four countries that have competed in all of the Olympic Games since 1992. Lithuania won the Bronze Medal at three straight Olympics (1992, 1996, 2000).

The point guard gives 4 the ball with a quick handoff. 4 then uses a ball screen from 5 and as he is dribbling left 3 makes a back cut to the rim. The 4 man cuts into the lane and gest behind the zone defense. Once they get the ball to the high post, 5 looks to make the hi/lo pass. This is a nice flex action play with a staggered screen for a shooter added in at the end.

The point guard turns down a ball screen and passes to the screener. Once the big has it, both 1 and 4 set down screens allowing 5 to make the pass to the open shooter.