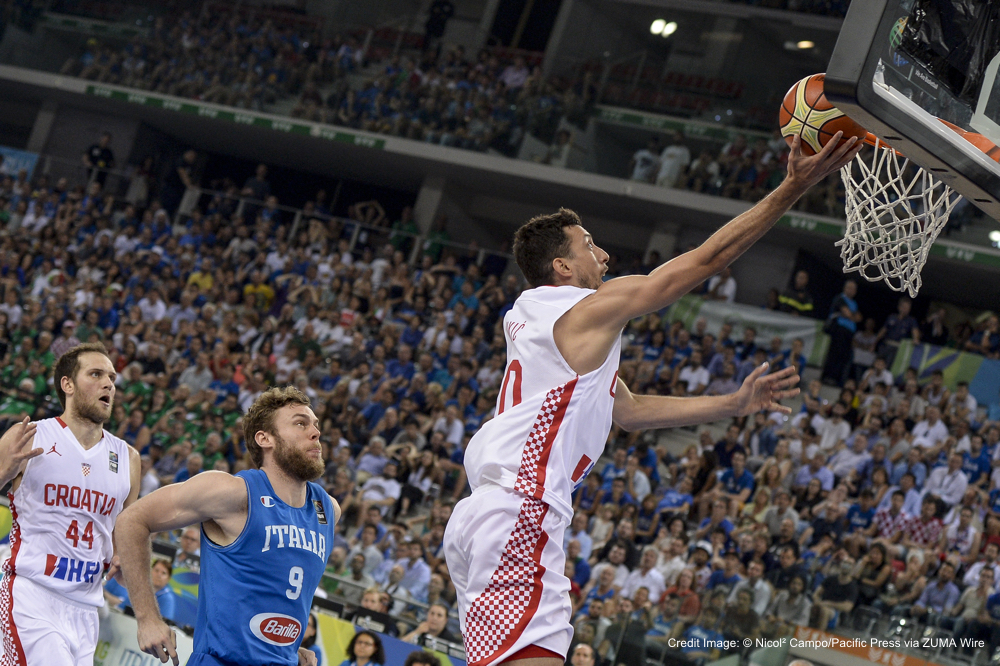 Italy and Croatia faced off in one of the three Olympic Qualifying Tournament Championships with the winner earning a spot in the 2016 Summer Olympic Games in Rio. Croatia ended up winning in overtime and will now play in Group B in the Summer Olympics. In this play, the player bumps out to the wing. On the catch, with his defending trailing, he looks to drive baseline. 2 cuts to the wing off of a staggered screen. On the catch, the other players clear out and let 2 work in isolation.

Italy used this play at the end of the game to get a drive to the rim off of a flex down screen.