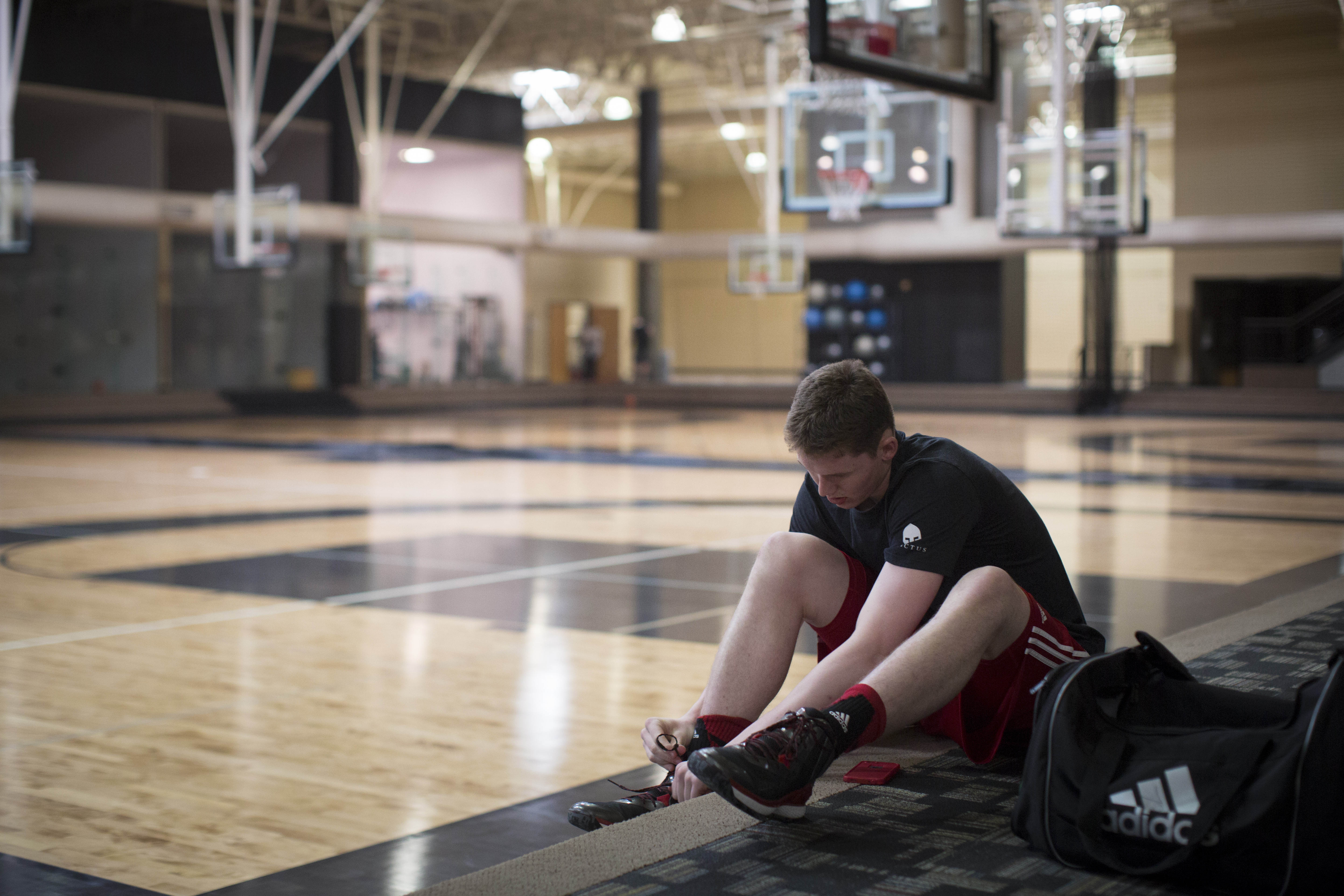 Being a reliable and effective ball handler is a sure fire way to get more minutes on the court this upcoming season. Regardless of position, all players need to be able to properly possess and protect the basketball when it comes their way, as well as have the necessary skill to create with a dribble or two.

It is no secret that the dribble is one of the most abused skills in our game today, so before we get to the dribbling workout it is vital that we consider some fundamental elements of using the dribble.

Let me be clear, the dribble is not a bad thing whatsoever. The dribble has been abused and maligned in our game however, so it is vital that our workouts and practice sessions emphasize intelligent use of one of the most effective weapons in the game of basketball today.

Regardless of the situation that one is handling the ball in, some fundamentals of dribbling must be present.

Below you will find a purposeful ball-handling workout that players can be doing on their own time as a means of strengthening their skill. For a PDF handout of all the drills that you can give to your players, CLICK HERE. Full Court Pounds – Starting with the one ball on the baseline the player will get in a low and wide stance and complete different dribbles all the way down the court and all the way back to where they started.

Full Court Pounds (2 Ball) – Starting with two balls on the baseline the player will get in a low and wide stance and complete different dribbles all the way down the court and all the way back to where they started.

021 Dribbling – One player with one ball starts on the baseline. This drill is used to work on change of direction dribbles and moves. There are three different series for this drill. Complete each series down and back from baseline to baseline. Chill Drill – Complete three series on each side, ending each series with either a layup or a dribble pull-up jumper. 321 Dribbling – Begin at half court with one basketball in a low and ready stance. The player will speed dribble to the three point line and then complete a dribble move to change hands/change direction. After the dribble move the player will push the ball out to attack the basket at the rim. There are 3 series to this drill. Do each series 1 time.

Like any other skill, there are no shortcuts to improving one’s game. When a player is committed to working hard and consistently, then the growth will follow.

May 2, 2016 – Rochester, MN, U.S. – Michael Hurt laced up his shoes before doing training drills on the Rochester Athletic Club basketball court for two hours in Rochester, Minn., on Monday, May 2, 2016. ] RENEE JONES SCHNEIDER * reneejones@startribune.com Michael Hurt was recruited to play basketball for the Gophers’ next fall. His freshman brother Matthew is also a basketball player and is already getting college recruitment calls. Add to that their little sister Katie who is also showing promise in the sport and the Hurt family becomes a basketball powerhouse. (Credit Image: © Renee Jones Schneider/Minneapolis Star Tribune via ZUMA Wire)
Sharing
Authors