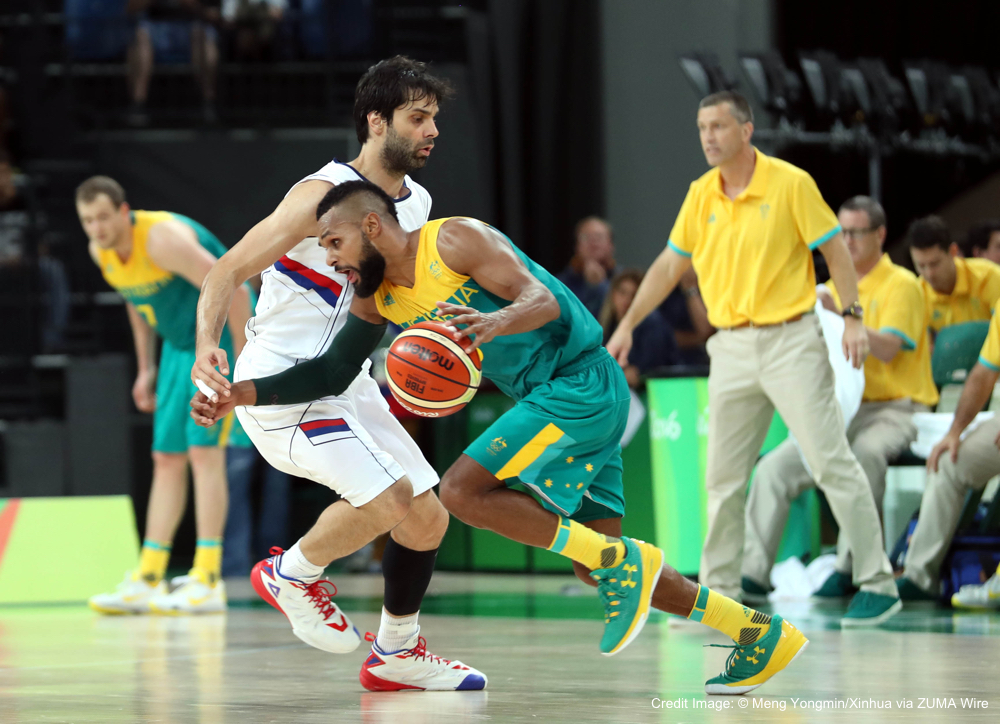 Australia is off to a 2-0 start in the Rio Olympics with big wins over France and Serbia. The next test will be against Team USA on Wednesday. They will then finish off group play against China and Venezuela.

Australia got a nice lob for Andrew Bogut with this play. Bogut’s defender has to help on the stagger cut leaving him open at the rim. Australia uses a pick the picker action in this play with a cross screen / down screen combination. If nothing is there, the big sprints out to set a ball screen.

1 cuts out to the corner to get the ball and a staggered screen is set for the inbounder. He cuts to the top of the key for a shot. This play is similar to the lob option shown early in the video. The ball is handed off on the wing and then the big sets an immediate down screen for the shooter in the corner.