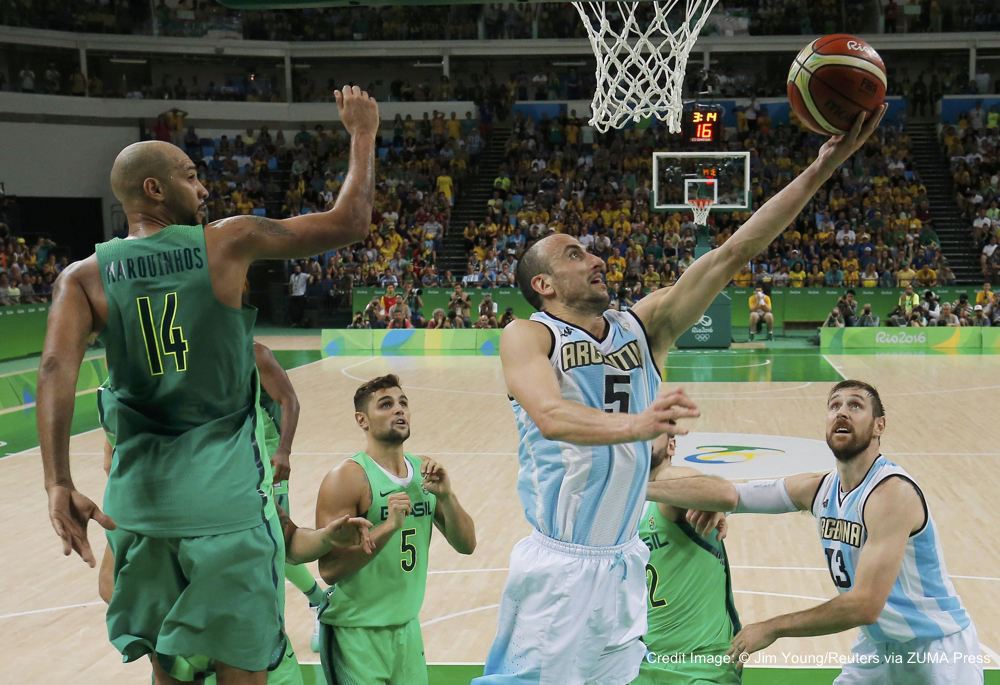 Argentina will play the United States today in the quarterfinals of the Rio Olympics Basketball Tournament. Argentina went 3-2 in Group B play beating Nigeria, Croatia, and Brazil. Argentina is ranked #4 in the World Rankings and has tons of NBA talent including Luis Scola, Manu Ginobili, and Andres Nocioni.

The guard sets a Knicks-step up screen for the point guard then flares towards the top of the key. Once he has it, 5 sets a high ball screen.

In transition, Argentina passes to the wing and sends both bigs over to set a double drag ball screen.

Both wings move in to set a double rip back screen for the big. Argentina then gets a cross screen down screen action for shot at the top of the key.

Both wings curl around the high post looking for a quick pass on the run. If nothing is there, 5 can step out for a shot. The ball handler dribbles off of a horns ball screen. The ball screener then gets a flare screen for a shot.