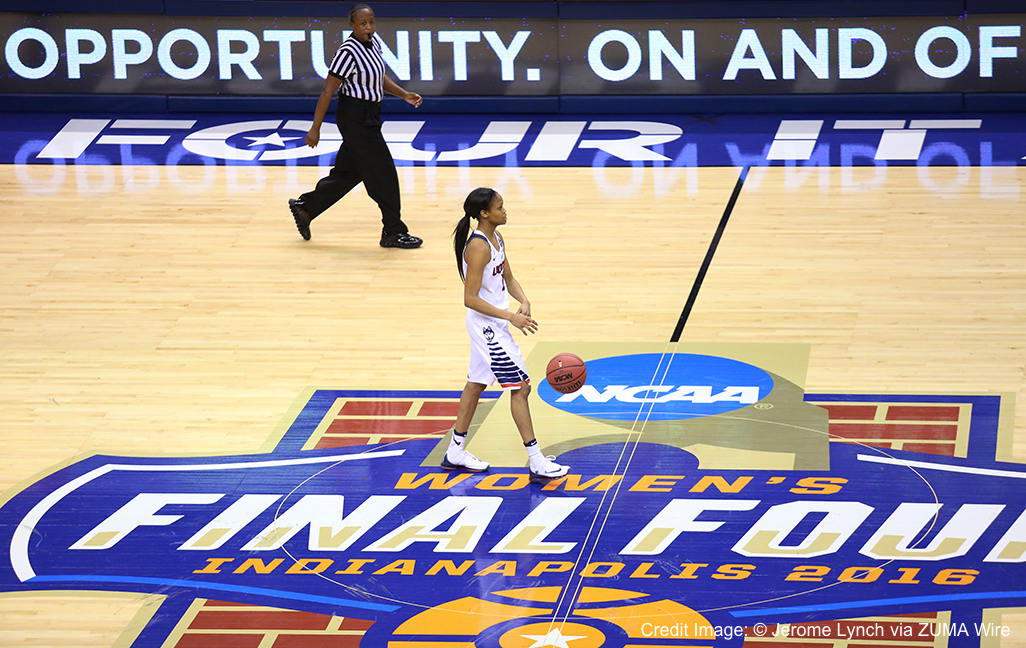 The “Sweet 16 to Vegas” isn’t a new idea for the NCAA Women’s Basketball Tournament.  I started exploring the Sweet 16 to Vegas concept 6 years ago, an idea introduced on “Shootaround with Beth and Debbie.” “Shootaround” was a podcast for change in the women’s game, introducing new and innovative ideas while showcasing the best in women’s basketball coaching personalities.

I’ve been asked by constituents, coaches and customers in the women’s game why I feel so strongly about the need for change and why Las Vegas. I want to build and serve our game with options, ideas and offer solutions, not complain about the same issues. “The Sweet 16 to Vegas” was born from many different experiences promoting the game including my eight years working as the Director of Marketing at Kentucky and The Ohio State University and my 28 years in broadcasting. The Washington Post and The Day (CT) wrote supportive articles about the “Sweet 16 to Vegas” concept and printed parts of my plan. A class at Lenoir Rhyne University dedicated their year-long syllabus to the “Sweet 16 to Vegas.” This idea is popular in many circles in the women’s game. Frankly, I haven’t had a descending, disagreeing conversation with any constituent group. I received support and offers to help from coaches and administrators coast to coast. Change is eminent for the NCAA women’s tournament. Why not the “Sweet 16 to Vegas”!? The points of emphasis, my solution and my detailed plan.

I am confident Las Vegas will be an option for the NCAA Basketball Tournaments. Change is upon us and I’m ready with a solution to give the women’s tournament a “pop.” We need to sizzle up the women’s tournament before other women’s sports take charge.  We need a “wow” factor and a dramatic shift now! I have always advocated for women to play. However, I want them playing my sport! Instead of spinning the same dialogue for change, I have offered a solution. ESPN can make the Las Vegas schedule work. Fans who love our game will go to one venue and this will allow them to plan their travel and the purchase of tickets in advance. We can create new inventories with some synergy around a re-brand of the tournament! It’s a solution, an effort, an opportunity! Let’s give it a try! Our game deserves more as our players work to become better!