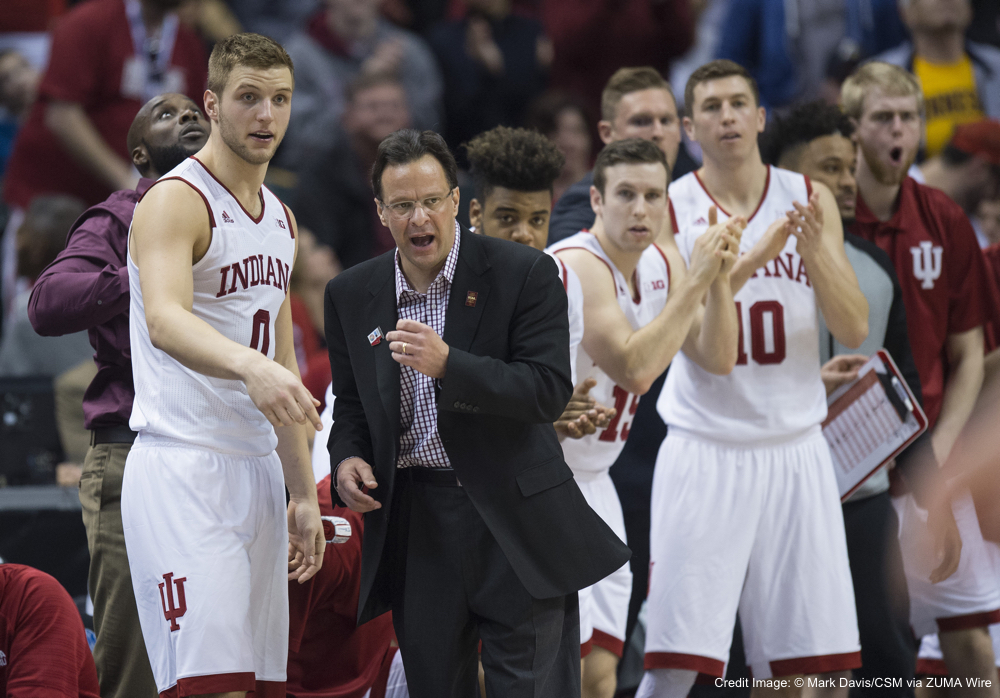 The Hoosiers use a “twist” action with two ball screens set for the point guard. Crean uses a variety of down screen / cross screen actions to make the defense move. This play also uses up quite a bit of time.

This quick hitter gets an open shot on the wing, but the guard coming off of the “Orlando” action could also look to score off of the ball screen.

This misdirection play is used to get the ball to 5 posting up inside. The ball screen at the top of the key could also be a great pick and pop opportunity.

This two-man action has the five man set repeat step up ball screens for the point guard. The repeat action can allow the players to get a feel for how the defense is going to guard the ball screen.