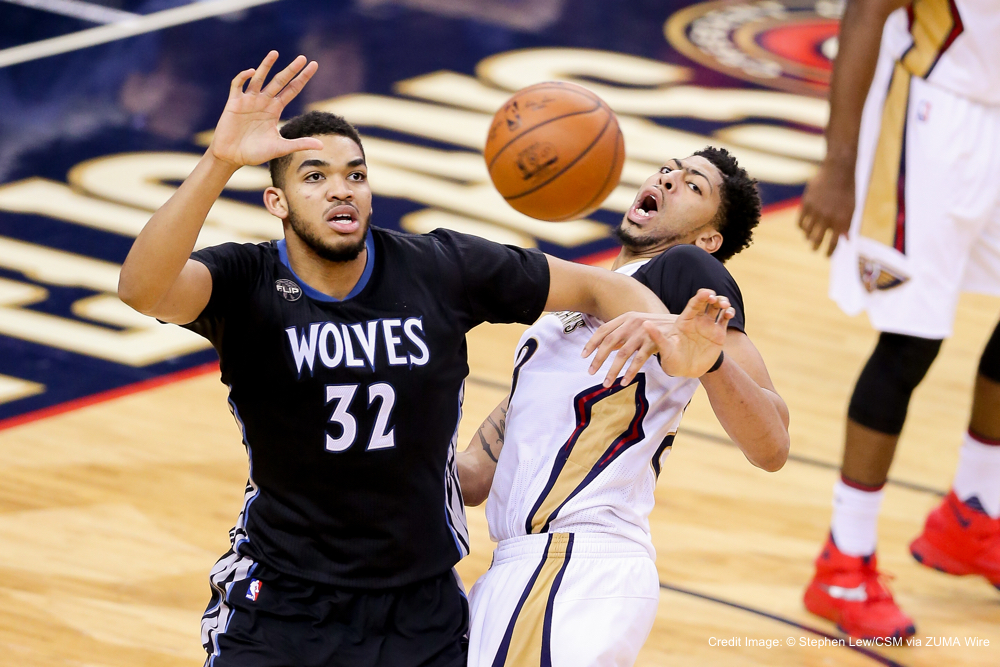 With the hiring of Tom Thibodeau the Minnesota Timberwolves expectations have gone through the roof. Thibodeau will have an opportunity to coach a great young player in Karl-Anthony Towns. As rookie of the year last season Towns displayed both an outside and inside game.

Towns shot nearly 47% from post ups last season mainly from right handed jump hooks. The Wolves found many ways to get him in great post up position after he set off-ball screens for Andrew Wiggins and Zach LaVine. They have a set play 44 and a counter to it 44 C to get him a post up. In the examples below they run both sets on consecutive possessions against the Milwaukee Bucks.

The play can start with either a dribble handoff or a side pick-and-roll, Ricky Rubio comes off that screen and receives another high ball screen from the center. Towns after setting the pick comes off a back pick from LaVine and a baseline screen from Wiggins to get him on the right block. The timing is key for this play to be successful, Towns has to get to the spot just as Rubio is coming off the high ballscreen.

When the Wolves ran it the second time, they ran 44 C, the C standing for counter. If Towns’ defender tries to go over the top of the screens and beat Towns to the opposite block, he just posts up after the first screen and either Rubio can make the post entry pass directly or he can swing it to LaVine who will pop out to the wing for a better angle. This is a play the Wolves have been running since Kevin Love era and now they have a new post threat that they can run it for. With a new coaching regime it is possible they won’t run a set like this again, but it is a great play for any good post players.