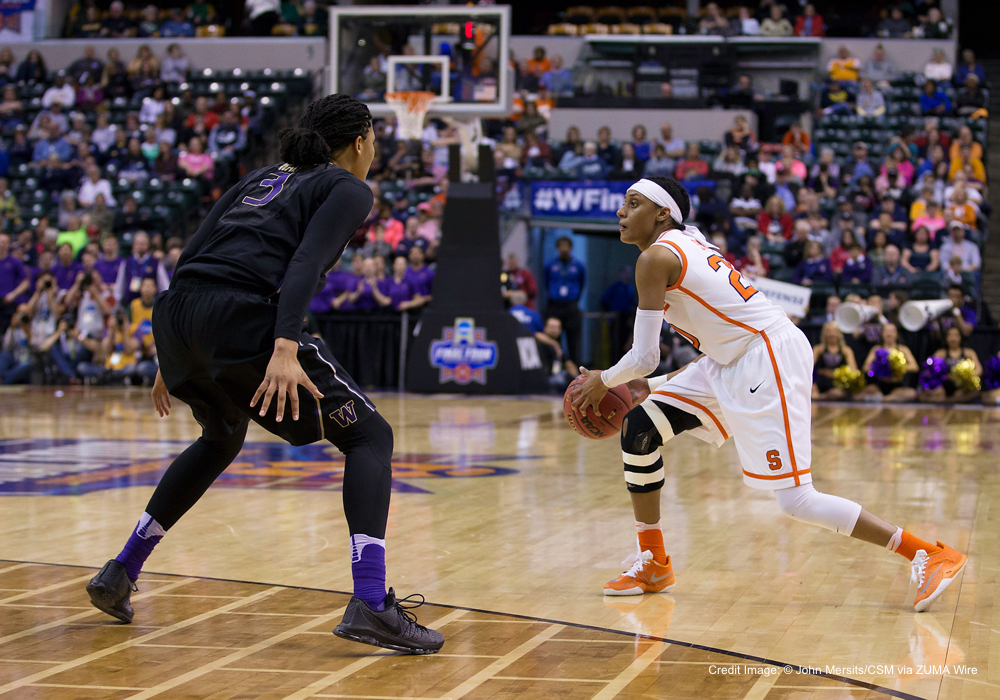 Using skip and “relay” passes can be an effective way to exploit the helping nature of Pack Line man-to-man defenses.

Pack Line defenses are all about helping early and building a wall around the paint. This can be troublesome for teams who are overly reliant on dribble penetration to create offense.

While the Pack Line’s commitment is to protecting the paint, that comes at the cost of space in the outer thirds of the court. In the latest installment of Pack Line Pointers we’ll look at the usage of skip and “relay” passes to find advantages and exploit the extreme commitment to early help away from the ball.

Help rules in the Pack Line dictate that players two passes away are positioned slightly below the ball line and with one foot in the paint (X2 in the diagram below). With the offense arranged in double gap spacing, this presents an opportunity for a skip pass to a player with an advantage on the catch. Against many defenses, the offense must create an advantage by first disorganizing the defense, the supreme help of the Pack Line grants an advantage on the catch to a player two passes away.

The Pack Line would love nothing more than the offense passing the ball harmlessly around the perimeter while the shot clock ticks down. This, however, does little to disorganize the defense.

But skip passes force the defense into longer closeouts and the momentum of the aggressive closeouts Pack Line coaches emphasize can be used against the defense.

Think “shot” on the catch and if the shot is interrupted, drive the aggressive closeout.

Using skip passes exploits the helping nature and the aggressive closeouts that are inherent in Pack Line teaching. Combining the skip with the “relay” pass exploits the gap positioning when one pass away from the ball.

In the diagram below, 1 skips to 2 in the corner. 2 could, of course, shoot on the catch or drive the closeout, but in this instance 4 cuts to the basket upon the release of the skip pass. After getting beat on a relay pass or two, the one pass away defender may be less apt to get the half way point between ball and man and find themselves extended – another Pack Line cardinal sin.

As aggressive closeouts are the calling card of Pack Line defense, X2 will be flying out of the paint to closeout 2. This leaves a void for 4 to cut into. He/she mustn’t hesitate. Cut on the release in a straight, direct line to the rim.

2 relays the ball to 4. This is akin to a skilled billiards player using the side rail for a crafty bank shot.

A skip to the closed post side presents an opportunity to relay the ball into the post. On airtime of the skip, 5 sprints to seal X5 who is giving aggressive help in the lane. Reacting on the release can give 5 an opportunity for a deep post catch.

4 can still make the direct cut to the rim, but may have to “skinny” the cut a bit if the post is occupied.

Skips to a player with an advantage can make the commitment to help and aggressive closeouts emphasized in Pack Line defenses penal. Combining skips with the relay pass concept adds a further punishment for getting to that half way point between ball and man when one pass away.

Add these Pack Line Pointers to your offensive arsenal. Stay tuned for more!