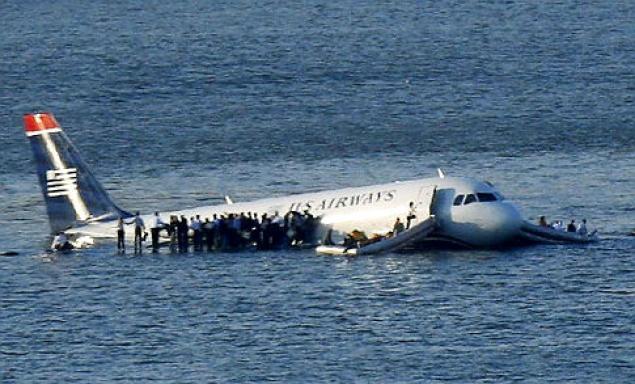 You’ve heard the story about US Airways Flight 1549 and its miraculous landing on the Hudson River. Like me, perhaps you’ve seen the movie, Sully. (Highly recommended, by the way!)

Before seeing the movie, I didn’t know many details about how the situation unfolded on that fateful day in January 2009. A bird strike caused both engines in the plane to fail 90 seconds after taking off from LaGuardia Airport in New York, leaving the pilots with only one option to land the plane—on the wide and smooth surface of the Hudson.

My curiosity peaked since watching the movie, I found a few interviews of the man who engineered the incredible landing, Captain Chelsey “Sully” Sullenberger.

The clip below is from a 60 Minutes piece done about a month after he and his crew worked together to save the lives of the 150 passengers.

Four quotes stand out to me:

Sully: The physiological reaction I had to this was strong, and I had to force myself to use my training and force calm on the situation.

Katie: Was that a hard thing to do?

Sully: No. It just took some concentration.

We may not face life and death situations for ourselves, let alone holding the lives of 154 other people in our hands.

But no matter what the source or level of our stress, our bodies respond to it physiologically. Even so, we can assert control over that physiological response with our mind.

The only reason Sully could say that it wasn’t hard for him to “force calm on the situation” is because he had trained. His training prepared him. He relied on his training and it worked.

It required focus and concentration. But it wasn’t hard because he had done it many, many times before.

Sully: Heads down, stay down. I could hear them clearly—they were chanting it in unison over and over again to the passengers to warn them and instruct them. And I felt very comforted by that. I knew immediately that they were on the same page, and if I could land the airplane, then they could get them out safely.

The emotional impact of the crew being on the same page—completely unified in executing the crisis procedures—was palpable.

So interesting that he used the word “comfort.”

He’s trying something very few pilots had ever done without massive loss of life, and he feels comforted just knowing that the crew is with him. That they too have leaned into their training and are doing their jobs.

(continued from above quote)

Katie: But there was still a big “if.”

Sully: I was sure I could do it.

His confidence is unwavering. You can hear it in his voice. Confidence comes from preparation and training. See point number ONE.

Sully: My entire life up to that moment had been in preparation to handle that particular moment. [Tweet That!]

Wow. I love that.

All his days as a fighter pilot. Over 30 years as a commercial pilot.

Every experience added to his training, preparing him to make the right decisions in mere seconds with life and death in the balance.

WHAT IT MEANS TO US TODAY

Today, you and I are in training.

Whatever our battles, challenges or crises, the sense of unity with others committed to the same purpose strengthens us emotionally. This is the beauty of participating on teams.

Let’s choose to lock arms and lock in so we can rely on that training when we need it.