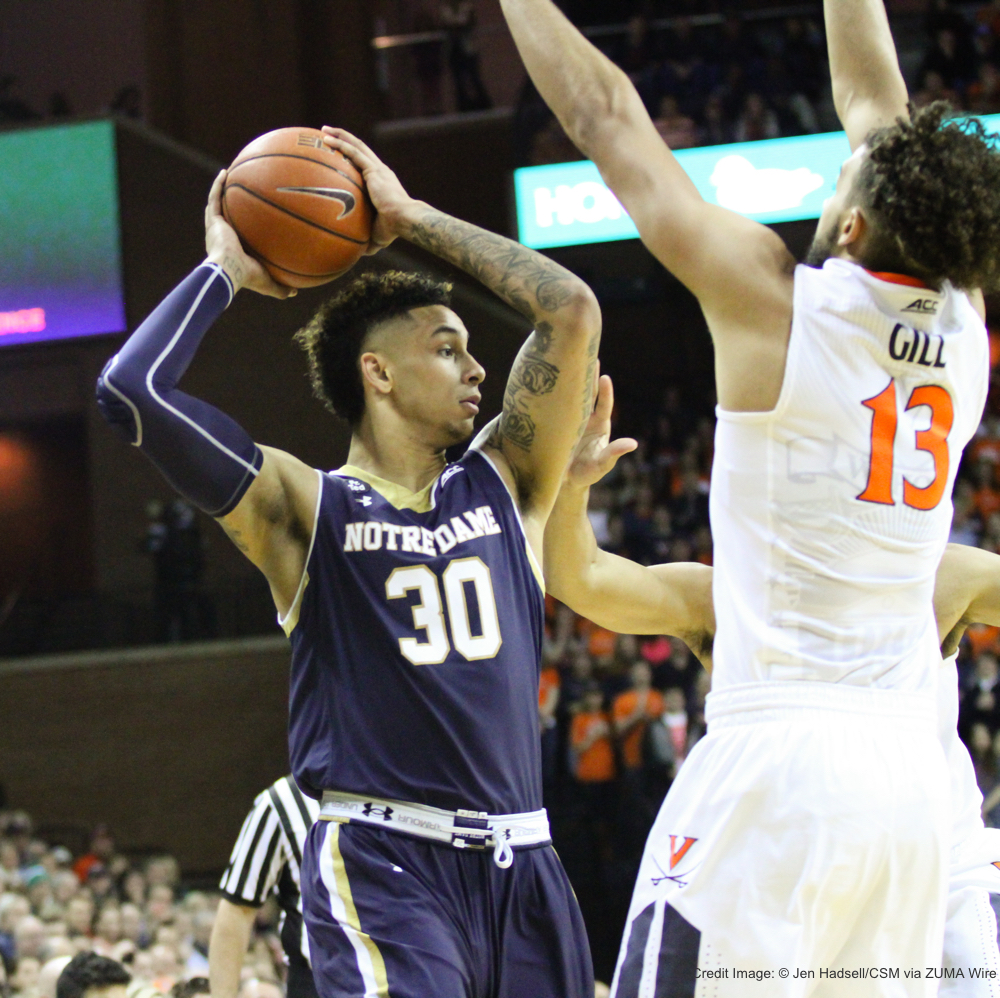 Using splits and rip cuts can be an effective way to exploit the post defense teaching points of Pack Line man-to-man defenses.

Pack Line defenses treat entries into the post box (see diagram below) as a defensive disaster. The immediate response is to get the ball out of the post. They accomplish this using two methods of post defense -“choking” the post and trapping the post. These methods of extracting the ball from the post are demonstrated in the video below by the Pack Line gold-standard Virginia Cavaliers (video courtesy of Wes Kosel).

In this edition of “Pack Line Pointers,” we’ll explore some ways to exploit these tactics by using post splits and rip cuts.

To “choke” the post, Pack Line defenses use strong-side perimeter defenders to stunt at the post upon entry. The goal is to shrink or “choke” his/her space.

Offensive players who stand and watch upon post entry make this an effective tactic for Pack Line defenses. A simple relocation may be enough.

Cut to an open space and when the post kicks it out use the small advantage (One Count shot or drive the recovery). Even the slightest collapse presents an opportunity for an advantage on the catch.

Post “splits” can further occupy the digging defenders and place them into a dilemma – defend the action or dig into the post?

A simple ball side flare screen, as demonstrated by the Golden State Warriors in the video above, holds the defenders and leaves space for the post to operate one-on-one. This is especially effective if the recipient of the screen is a terrific shooter.

The flare screen also presents a slip opportunity for the screener. But just by moving the digging defenders you can combat the “choking” of the post. Do not stand and observe when the ball goes inside.

To trap the post Pack Line teams will bring the other big (think their “4” man”) to trap the post on airtime of the entry. The original post defender “walls-up” and takes away the baseline move and the double-team comes “high and hard” to take away the middle turn. The hope is the double team will extract the ball from the post or cause a turnover. Rip cutting your 4 man to the backside block may at times lead to an interior pass for a layup. But against the best Pack Line teams it likely won’t.

Perimeter player slide to overload the helpside and create a “naked post” for 5. If a third defender were to stray too far from their man, the ball should come out of the double team to them.

However, to defend the rip cut Pack Line teams bring a “Low I” help defender (often a smallish guard) underneath the rim and to the inside of the rip cut. This leaves the defense susceptible to a rip-skip and a rip-skip-seal. The rip cutter can post on or screen in the guard and prevent his recovery to the wing. Posts must pivot and create space and drag the trap to deliver a skip pass. Upon the catch, play the advantage. Shoot, drive or relay the ball into the rip cutter who is sealing.

Using splits and rip cuts exploits the post defense tactics of Pack Line defense and presents opportunities to find and use advantages for other players.