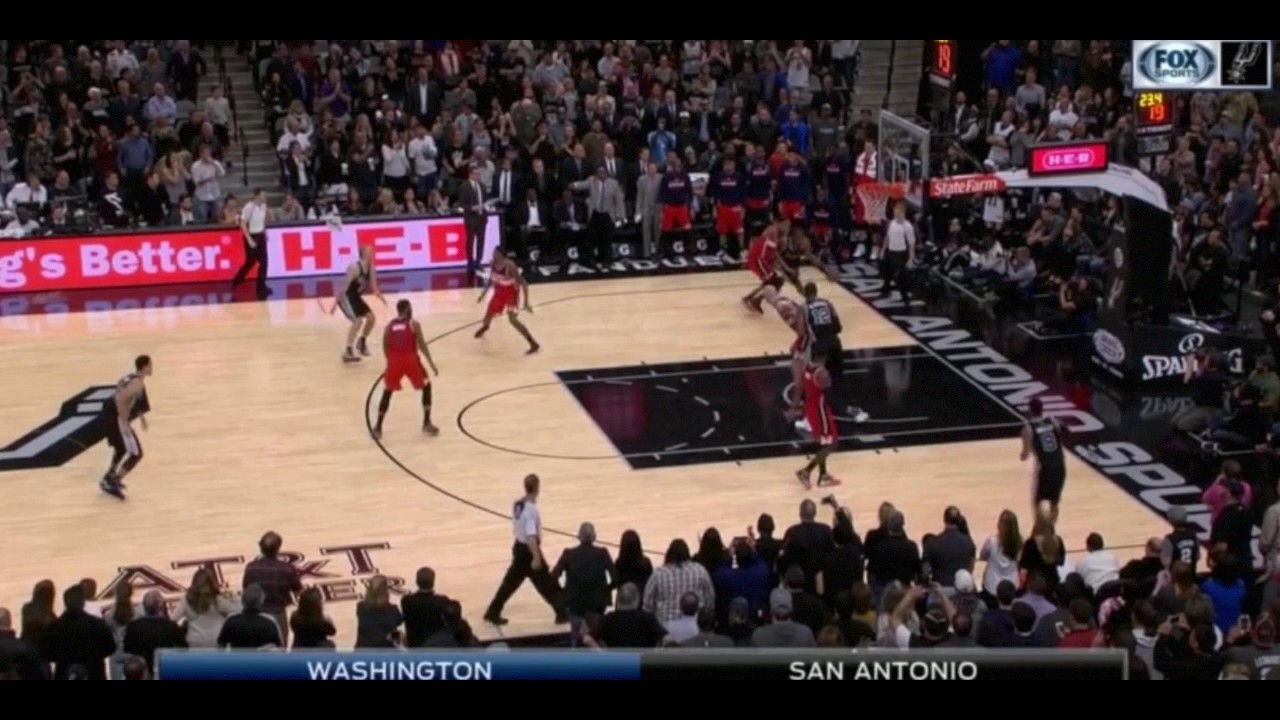 San Antonio Spurs’ Coach Gregg Popovich has some of the best end of game plays in the NBA. In the game against the Washington Wizards he used misdirection to get the ball to his star player. In addition to that misdirection, he also employed a common action that most teams employ. When a player drives baseline, teams always want a guard to drift to the weakside corner to give the ball handler an option. Also the big should circle to the top of the dots incase there is a drop pass possibility.

With the game on the line, the Spurs went to a small ball lineup, with Manu Ginobili inbounding the ball, Patty Mills at the top of the key, Danny Green on the weak side baseline, LaMarcus Aldridge on the strong side block, and Kawhi Leonard just a few steps off the weakside elbow. The action started with Leonard and Mills setting a double staggered screen for Green to get him up to the top of the three point line. Leonard immediately came off a screen set by Aldridge to get him to the strong side corner.

A note should be made here, Aldridge is trying to force Leonard’s defender to go over the top of the screen so Leonard go catch and go on the play. Which he did when Ginobili inbounded the ball to him,  Ginobili stepped right into the above the break three in case there was an opportunity for a quick three. As Leonard drove, Aldridge took his position at the top of the charge circle and Mills drifted to the baseline. Leonard had three options, a layup, a dump off pass to Aldridge or Mills in the corner. He hit Mills who immediately passed it to an open Green who sprinted to the above the break three and a game winner.

The Spurs used the fact that teams have to honor Green’s range as a decoy to get the ball to their best player on the court. The most important element of this play is that the players are constantly moving. Watch closely and you can see John Wall isn’t in position when Mills runs to the corner and Bradley Beal has his back to the cutting Green who will eventually hit the game winner. The Spurs pay a great deal of attention to detail and getting to the right spots, that’s why they walked away with a win and Wizards with a loss.