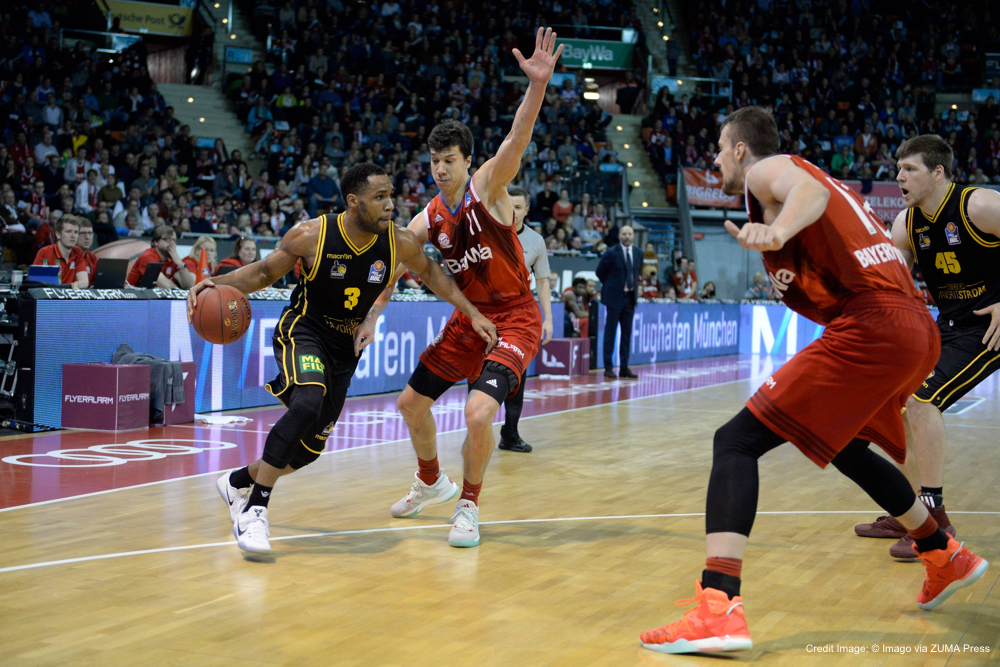 The simple and most obvious way to disorganize the defense and create a small advantage is via dribble penetration. Putting pressure on the rim causes defensive help and rotation to come from somewhere and reading that help to exploit the advantage is vital to locating uncontested shots.

On a lane drive (a drive that is roughly down the lane line) that help can often come from the corner/wing defender. While analytics are influencing more teams away from helping one pass away, there are still plenty of teams and players that will offer help from corner defenders.

Here are three simple help reads to teach players when attacking the rim.

If the corner defender opens up their stance and gets into the driving line this is called chest help – the defender shows his/her chest and impedes the path of the drive.

The drive disorganizes the defense and engages a second defender. The small advantage gained by the drive can now be transferred to the corner player. Use a hockey stop or a stride stop to gather and deliver a “rugby toss” to the cutter. The passer should be facing the near sideline on the stop. The cutter should enlarge the defense when they cut and get downhill on the catch for he shot or drive.

This help, or lack of it, is called shoulder help. If all the attacking player sees is a sliver of shoulder, continue the drive and think score. When driving through shoulder help anticipate that a helper will rotate over from the helpside. If none comes, finish. But should a second-level defender “show chest” transfer the small advantage to the open man. Defenses may aggressively help and attack drives with the corner defender. Instead of flat chest help in the driving line they help “uphill” and present their back to the corner player.

Any time the corner defender presents his/her back to the offense, cut behind the help along the baseline.

READ: See back, back cut.

By helping uphill on the ball side the defense has become vulnerable to the back cut. The corner defender may remain in a deny stance up the line, but this still elicits the back cut. The defender presented their back to the ball rather than the corner player but is still exposed to the back cut. Again, when the corner defender presents their back to the offense (ball handler or corner player) back cut.

These basic reads give players clear cut rules to adhere to when attacking the rim. The key to an offense that puts pressure on the defense is combating their help tactics. Chest, shoulder and back reads give players visual cues to make proper basketball decisions.

For help with practice planning and implementation of a conceptual-based offensive attack featuring the above concepts plus passing concepts, dribble handoffs and ball screens check out the Quad Offense Playbook.

Explore and use the Twitter hashtag #QUADoffense as well!