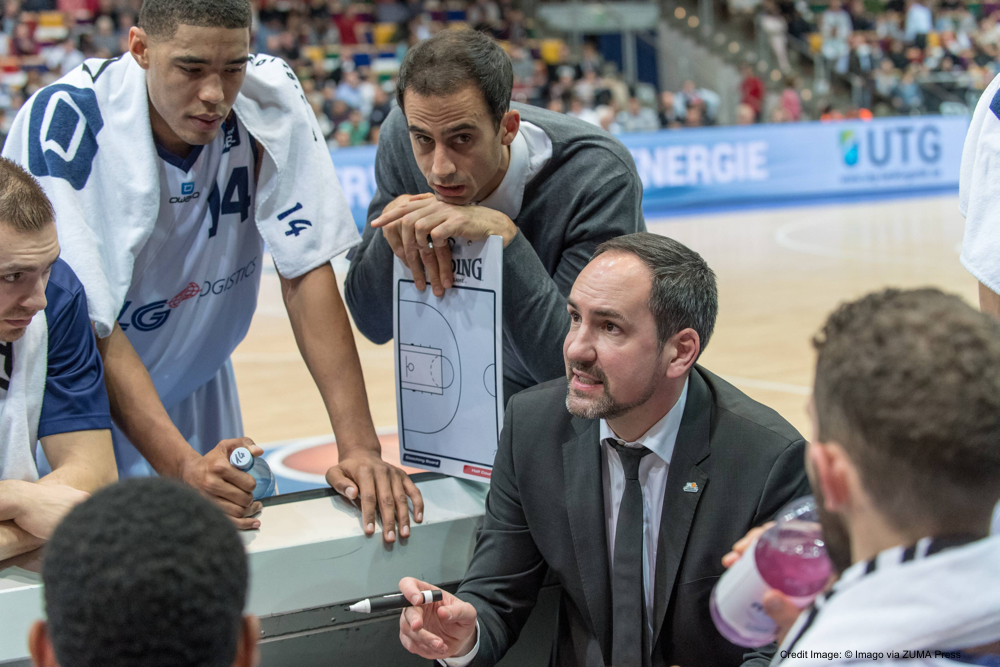 Conceptual-based offensive basketball is anchored by principles. The first of which is “enlarging the defense.”

The beginnings of coaching and playing basketball conceptually lie with spacing. Spacing entails not only selecting an alignment (i.e. four-out) but allowing the basketball room to breathe within the possession.

Tactics for enlarging the defense and creating space are vital for offensive flow. What does it mean to “enlarge the defense” and what teaching points can help players grasp this?

Recognizing gap space is step one in enlarging the defense. Teach players to identify the difference between single and double gaps and enlarge the defense to create double gap space.

In the diagram below we see a simple principle being followed.

When in a single gap and looked at, dribbled at or pivoted towards cut to create a double gap.

Player 2 is in single gap spacing and Player 1 looks at them. Player 2 cuts creating a double gap. Player 1 and the ball now have room to breathe and follow another principle of conceptual based offense.

Player 3 should resist the urge to fill into the area voided by Player 2’s cut – at least right away.

By staying put and not filling immediately Player 3 enlarges the defense granting Player 1 space to attack and create an advantage with the dribble. Other ways a player can enlarge the defense include:

Enlarging the defense is all about creating space and making dilemmas for defenders- attach to the player enlarging and create more space for the ball or crowd the gap space and grant my man an advantage on the catch.

What are other ways a player can enlarge the defense?

Conceptual Based Offense – Enlarge The Defense was first published by Radius Athletics at radiusathletics.teachable.com.