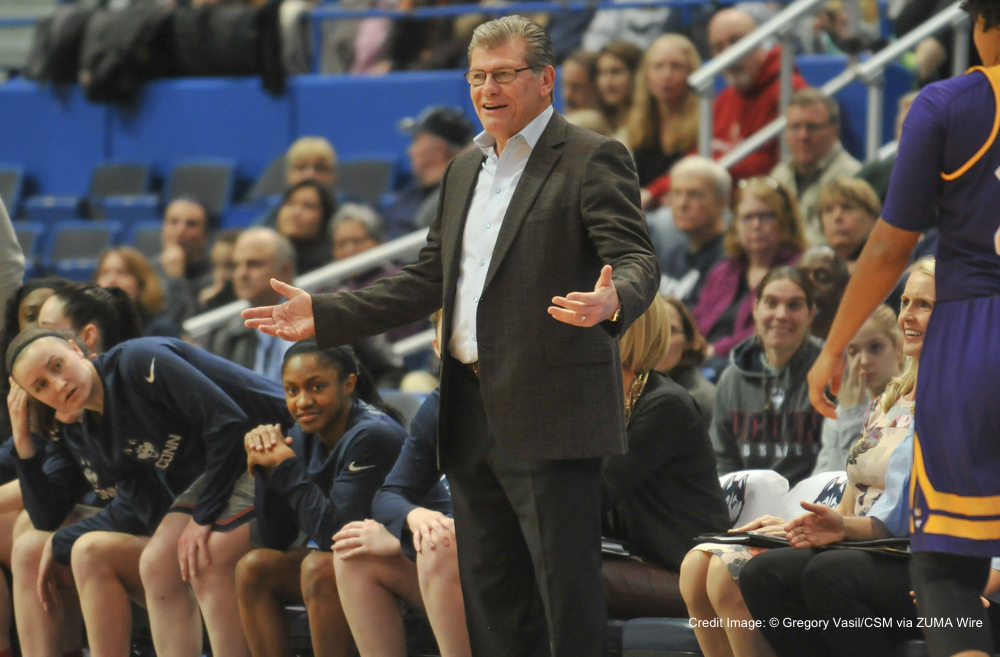 Coaches can be blind to opportunities to advance their teams and programs by falling victim to Confirmation Bias. Learn how to combat it.

Like Survivorship Bias, Confirmation Bias is an example of a cognitive bias which leads coaches to make irrational decisions.

Confirmation Bias is the tendency to listen only to information that confirms one’s beliefs or preconceptions. It is selective thinking where one tends to take note of and seek information that validates their way of thinking.

Conversely, those who fall prey to Confirmation Bias do not seek information that contradicts their preconceptions – they flatly ignore it. These individuals discount or dismiss information that disagrees with them.

What are the perils of coaching with Confirmation Bias?

Coaches are certainly guilty of displaying Confirmation Bias. It permeates the books and articles we read, the clinics we attend, who we follow on Twitter, the teams we study and even our game plans.

First, our beliefs about basketball and the way it “should” be played are often no more than prejudices. This is perilous. Not seeking alternative information and clinging to a prejudice about the game is how, for example, a coach would reject analytics and seek examples of teams that ignore data and still find success as validation.

Perhaps you believe that the High-Low Offense is the “best” way to play or at the very least the style you prefer. As a result, you tend to only patronize clinics where a High-Low Offense coach is speaking, you watch and study only select teams that display this style, and you seek only videos of High-Low Offense.

Your thinking becomes that teams not running the High-Low Offense all should be, and that if they aren’t, well then they are not playing the game as it “ought” to be played.

Be open to new ideas

While a coach should certainly become an expert on what he/she teaches their teams, doing so by dismissing all the other alternatives as wrong or inferior is perilous.

(Full disclosure, I have been guilty Confirmation Bias as it pertains to motion offense and conceptual based offense at times. Something I have to guard against.)

We give an excessive amount of value to confirmatory information. It is much easier for a coach to recognize data or evidence that supports his/her preconceptions than to recognize data that refutes it. (Gilovich 1993)

I took this photo of my TV and tweeted it without comment during the North Carolina versus Louisville game in February of 2016. What do you think of when you see the chart in this tweet?

The tweet elicited a lot of engagement. As you can see, many coaches felt compelled to retweet and favorite the tweet as a form of agreement. But agreement with what exactly?

For coaches who preach the importance of several ball reversals and working the ball to multiple sides, this chart was seen a confirmation of that belief. After all, the Cardinals were much more efficient with multiple ball reversals. The belief that they hold was confirmed by the data in the graphic.

The majority of the interaction the tweet received seemed to reflect this and interpret the tweet as a “pro-ball reversal” message with a slant towards the offensive side of the ball.

Two sides to every coin

It is much easier to see how a piece of data supports a belief than how if refutes one.

To be honest, my first thought was “Wow, the Tar Heels need to keep the ball on a side and deny the reversal!” I perceived the data as confirmation for a pressure man-to-man approach which aims to deny ball reversals. The Tar Heels were allowing far too many easy ball reversals to stop Louisville. But few saw or interpreted the chart this way.

Confirmation Bias exist in all of us: We seek or are drawn to voices that agree with us; We disdain or filter out differing opinions; We over-consume what we agree with. The perils of this can been seen in politics and media just as it can be in coaching.

How has your coaching been impacted by Confirmation Bias? What measures can you and your staff take to guard against it?

The Perils of Confirmation Bias in Coaching was first published by Radius Athletics at https://radiusathletics.teachable.com.