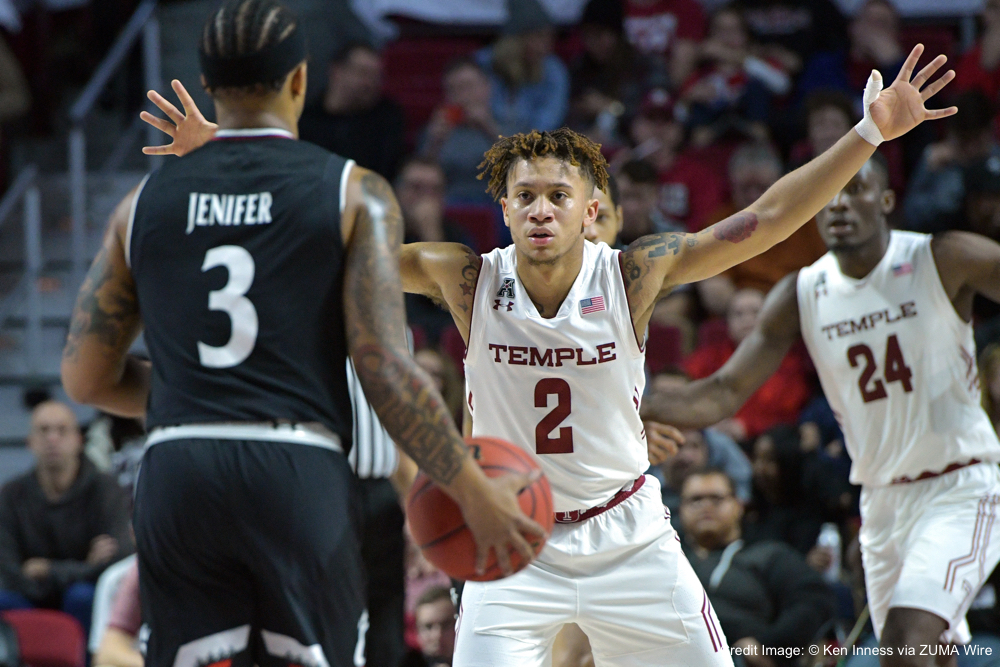 A look at single gaps and spacing issues that can arise in five-out alignments.

Five-out alignments are common in all levels of basketball. While the five-out does open the lane and can be effective in pulling defenses away from the rim, it does have it’s drawbacks. The most notable drawback being the predominance of single gaps (depicted in the diagram below). In the traditional five-out alignment with proper spacing and floor balance players are within 12 to 15 feet of one another thus creating single gaps between each of them. While this may seem like “great spacing” there are potential drawbacks. Let’s examine the potential risks associated with single gap spacing.

Stationary Passes To A Static Player

One issue associated with this spacing and traditional offenses it the over-reliance on stationary passes to a static player who are a single gap away. These passes can be disrupted with pressure in the passing lane. The defender will be closer to the ball than the receiver whether the opponent is in Pack Line or pressure man stances. Often the defender can play the passing lane and disrupt the offense.

At best, the defense makes the receiver work to get open disrupting the pace and timing of the offense. At worst, the defense steals the ball for a breakaway lay-up/dunk. These self-inflicted wounds are how the ball sticks, offenses are disrupted and, all too often, turnovers are committed.

Commonly, traditional offenses feature excessive passes that must be made to a static, single gap player. The defense is matched and organized and simply passing to the next player creates no real advantage.

Single gaps limit penetration. Without enlarging the defense, driving can be difficult due the the defense’s ability to play a man and a half and provide quick help. A slight bit of penetration may elicit some quick help from the wing defender (X3) in the diagram above. The attacking player must make a rapid decision to pass to 3. The wing defender is able to make a quick recovery. No advantage is gained and the defense remains organized.

Many five-out single gap offenses rely on the backdoor cut to generate offense. This is a clear advantage of five-out spacing – the lane is open to backdoor cuts and overplaying teams are vulnerable to them. But if the timing and precision are there and the ball sneaks through, help defense can come from below prevent the score. Further, there is then no open pass to the rim. The only option is a pass back out to the perimeter (to Player 5 in the diagram above). Many defense will choose to sag or play Pack Line rules and take away backdoor opportunities by alignment (see diagram above). As result, the ball harmlessly moves around the perimeter with no real advantage gained.

Five-out offenses are often praised for their great spacing. On one level, this is rightful. But the predominance of single gaps in this alignment does present issues. Enlarging the defense by seeking to create double gaps can prevent these issues and open up the spacing your offense.

For more on these concepts, research the work of  Michael MacKay of Canada Basketball.

For help with practice planning and implementation of a conceptual-based offensive attack featuring the above concepts please reach out!