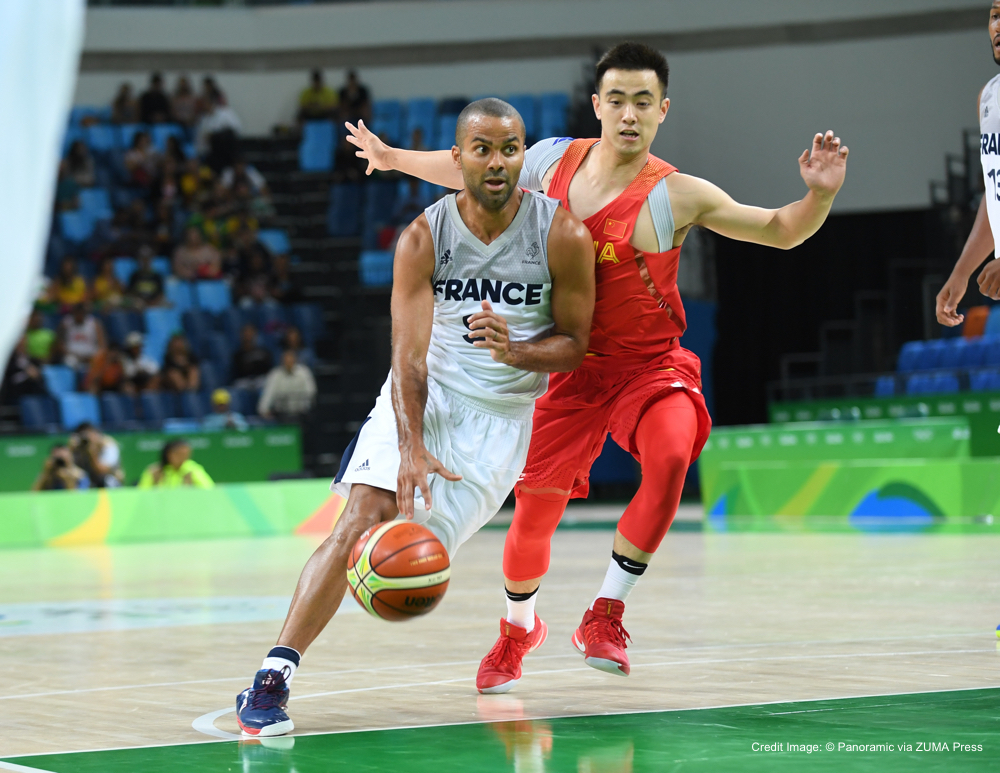 With Spurs vets such as Tony Parker and Boris Diaw at the helm, it is no surprise that the French National Team is adept at running the San Antonio Spurs “Motion Weak” action as an early offense off of opponents made field goals.

The following diagrams and video breakdown takes a look at “Motion Weak” and each of its’ basic options.

Start with the “pitch ahead” in transition to the ballside wing running his/her lane. This pass ahead can serve as the signal to the rest of the team that we are flowing right into Motion Weak.

After the pitch ahead, Player 1 “sickle cuts” underneath the trailer to the opposite wing area. At times, the defender may deny out on the reversal pass from 4 to 1. In which case, 1 back cuts as 3 begins the cross screen for 5. If the ball can be reversed to 1 on the sickle cut, he/she looks for 5 coming off the cross screen from 3. Consider using the term “sprint screen” for 3’s action as we want he/she to sprint into the cross screen for 5. Check out the video of Team France below to see the above Motion Weak options in action!

For help with practice planning and implementation of a conceptual-based offensive attack featuring the above concepts: Contact me. Happy to talk hoops any time day or night! Sign up here for our twice-monthly newsletter on conceptual basketball concepts.