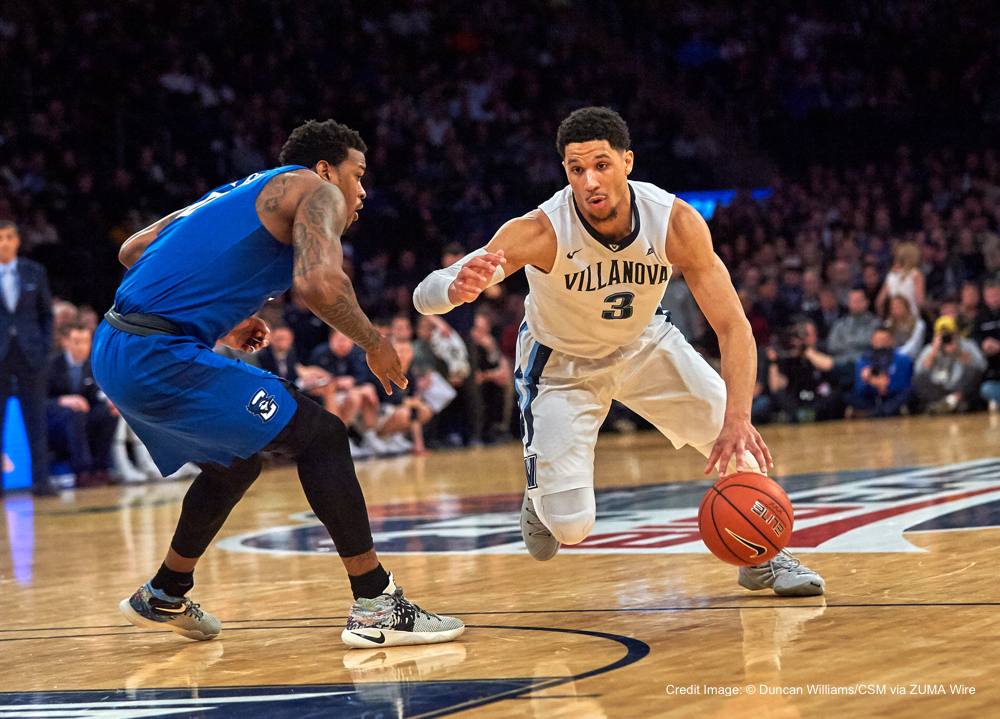 The top seed in the East Region belongs to the defending national champion Villanova Wildcats (31-3, Big East Champions). The ‘Cats are lead by senior guard Josh Hart (18.9 ppg, 6.5 rpg, 3.1 apg) and Hart may be the most fundamentally sound player in major college basketball.

As a team, Villanova exhibits outstanding fundamentals and decision-making and Hart is the quintessential example. Hart’s signature weapon is a drive to the lane and a powerful jumpstop as demonstrated in the video clinic below.

Here are some things to emphasize when teaching players this technique:

Other observations from Hart and Villanova’s technique:

For help with practice planning and implementation of a conceptual-based offensive attack including the player development tools needed join our community of basketball coaches!