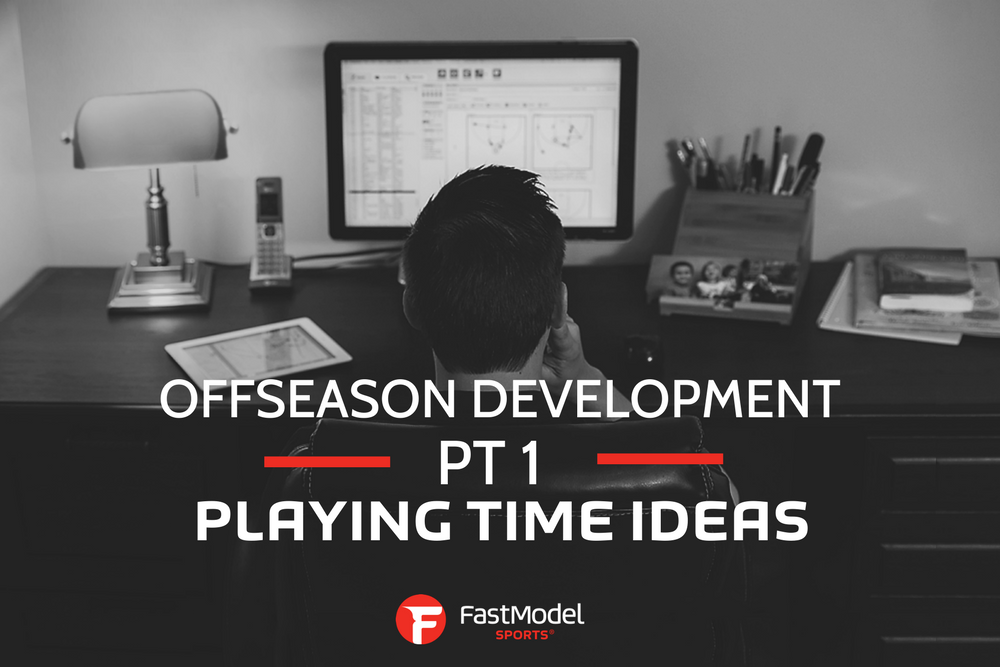 This is the first post in a series on one of the biggest issues, if not THE biggest issue, that team sport coaches will deal with during their years as a coach. The issue, of course, is playing time. Today’s post is a short overview of the situation, and then the rest of the posts will get into some specific ideas on how coaches need to deal with playing time and playing time issues.

In each situation, the focus of the meeting was the playing time (or the perceived lack thereof) that each player was getting so far in the early portion of the season. While the parents of two of the three had told me when they asked to have the meeting, “This is not about playing time,” it most definitely was about playing time. In fact, inevitably these meetings just about always come down to playing time.

And make no mistake about it – for those of you who coach more than just basketball, this is not a basketball issue only. This issue affects any coach of a team sport where players are vying with each other for playing time during the course of a competition. In sports with a clock, there is a limited amount of time to deal with. In sports like softball or baseball, while there is no clock to consider, there are innings to think about, and sometimes those innings could be over in the blink of an eye. No matter the sport, playing time will be an issue that coaches in team sports will have to deal with at one point or another.

As I sat in each of those meetings that day, I thought, “Why don’t these people get it?” And to be honest, while I was thinking that about the players and the parents, I was also thinking that about the coaches. That’s right – the coaches. I kept thinking that there were so many things these coaches could have done to limit the chances that these meetings had to occur, yet they failed to not only do those things, but to even consider doing them. And one of the two coaches is one of the best coaches I have ever known, so this can happen even to the best coaches out there.

At the time, I was a 20+ year basketball coaching veteran, 15 of them as a varsity head coach. I knew what these coaches were going through. I knew how they were feeling. It is not fun to have to sit in these meetings. Nobody looks forward to these meetings – not the coach, not the AD, not the player, and not the parents. So, as coaches, we often put up defenses and walls to kind of insulate and protect ourselves. We begin to get very apprehensive and skeptical about all parents. We start to not trust them. And that begins to breed a relationship that is, at best, chilly and at worst, adversarial and combative.

The problem is that we (coaches) can do things to help avoid having to have very many meetings of this nature and having these meetings turn ugly (as one of the three that day did). It is up to us as the adults in charge of the program and the experience we are providing for kids to do all that we can to create an atmosphere that does not lead to players and parents feeling that they have to come in and voice their concerns and frustrations.

While we will never be able to completely stop having these meetings, we can take some actions to limit the number of times that it gets to the point where players & parents feel a meeting is the only way to satisfy their concerns. We must be proactive with regards to this issue. By being proactive, we are better prepared to create a situation where playing time does not become an issue, or we are better prepared for working with players and parents in those moments when playing time does become an issue for them.

Next time we will start working through some specific scenarios with regards to playing time and some strategies for dealing with those scenarios.

For a much more in-depth look at playing time issues and ways for coaches to deal with them, check out my booklet “Playing Time: Guidelines for Coaches, Athletes, & Parents.” What actually sparked me writing the booklet were the three meetings that I discussed at the beginning of this post. It has been a popular booklet with coaches to help them prepare for these situations and athletic directors have found it helpful by giving it to their coaches, as well as to their parents at their pre-season parent/athlete meetings. You can pick up “Playing Time” at my website – www.coachwithcharacter.com.