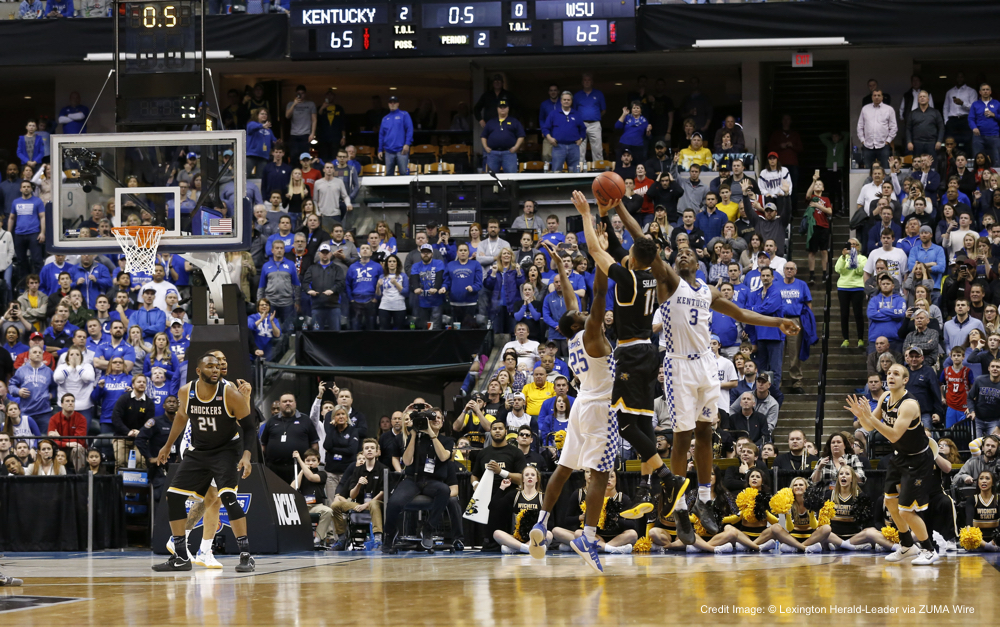 Every coach should have a play for this situation. In the tournament, Princeton used a Brad Stevens’ design to generate a wide open three. In the Elite Eight, Kentucky ran their “Pistol Hammer,” which resulted in a made three. For the sake of this project, I have added some other options to the end of their “Pistol Hammer.” These are the best two sets that we have seen, when a team is needing a three.

Way too often, teams have put the ball into a player’s hands, and asked him to be a hero. There is no action being run, and the player dribbles into a contested shot. None were more painful to watch then the final possession of West Virginia’s loss. The goal of this is to give coaches some other actions that they can use to generate a quality shot. The following actions are set’s that were ran in the past, or my own designs. As you look at this article, please feel free to send FastModel Sports your favorite late game three-point set using the hashtag #XsOs. Send your sets to me at CoachBrotherton@gmail.com or send it to @FastModel via twitter.

March 19, 2017 – Indianapolis, IN, USA – Kentucky Wildcats forward Edrice ”Bam” Adebayo (3) blocked the last shot of the game, taken with .5 seconds on the clock, by Wichita State Shockers guard Landry Shamet (11) as the University of Kentucky played Wichita State in the second round of the NCAA tournament in Bankers Life Fieldhouse in Indianapolis, In., Sunday, March19, 2017. Also in on the play was Kentucky Wildcats guard Dominique Hawkins (25). This is second half action. UK won 65-62. (Credit Image: © Lexington Herald-Leader via ZUMA Wire)
Sharing
Authors