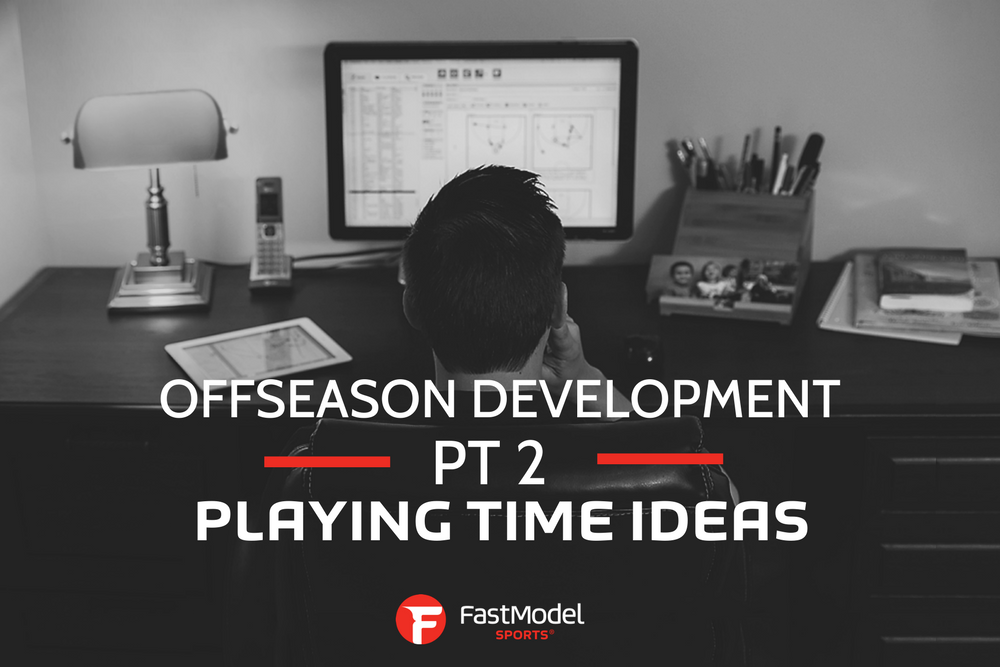 This is post #2 in a series on one of the biggest issues, if not THE biggest issue, that team sport coaches will deal with during their years as a coach – playing time. Today’s post is about the concept of establishing a playing time philosophy for your program/team.

When you establish a playing time philosophy for your program, you need to consider a variety of things. Consider the level at which you coach (varsity, JV, frosh, youth, competitive, rec, etc.), the size of the team/league, the number of players who come out for the team, whether you have a “Cut/No Cut” policy, the athletic department/league philosophy on playing time, and your personal general philosophy on what youth/school sports at your location should be trying to accomplish. Don’t take this step lightly. By organizing your thoughts and putting them down on paper or digitally, it will help you be prepared for when playing time issues concerns come up.

Here are some ideas to consider with regards to establishing a playing time philosophy. First of all, remember the #1 reason why kids play sports – fun! And of course, the fun is in the playing. While many kids enjoy the social aspects, the workouts, and all that being part of a team provides them, the most fun that kids have in sport is actually playing in the games. That is why they came out for the team. Don’t ever forget that.

For non-school teams, consider the focus of the league or the specific team that has been put together. Is the focus winning every tournament? Or is the focus on bringing all these different kids together to help them develop their skills? Or is the focus on the recreational/participation aspects of playing? The answers to these questions determine the philosophy of the playing time distribution.

This is not to say that teams on lower levels in schools or rec & developmental leagues outside of school are not trying to win. It is merely saying that winning is secondary to development. We still play each game to win, but we do it with all of the players who are on the team. Do they all get equal amounts of playing time? Not necessarily. Some coaches will operate under an “equal playing time” model, but usually that is a disservice to the concept that not only are you developing the players, but that you are also developing the program and its culture.

In developing the program, you are trying to be as successful as possible. So, better players will play more than weaker players, even on the lower levels. However, all players should get some playing time, and hopefully a decent amount of it. The time frames of the sport, along with the skill level of the individual players, will determine what those kinds of minutes look like.

I have a sheet of paper that I fill out prior to each game with the times that I want each player to go into the game. While I don’t always follow the sheet down to the minute, it is a guide for me to make sure I am getting everyone into the game for a decent amount of time. The exact amount of time that each player plays is also affected by who shows up, if someone gets in foul trouble, if someone gets hurt, if the lead for either team grows really big, or a variety of other factors. However, my focus is to make sure that the best players play the most, but the weakest players still get some worthwhile, meaningful playing time.

Try doing this little exercise sometime to see how difficult it is to get the weakest kids on your team some playing time. Take the total number of minutes in a game (32 in high school/middle school basketball) and multiply it by the number of people on your team who play at one time (5) to get a total number of minutes to try to fill for everyone on your team (160). Then start doing some math. If we have 12 players on our team, and our best player plays 25 minutes, 2nd best player plays 20 minutes, 3rd & 4th best each play 18 minutes, and 5th best plays 14 minutes, I have only 65 minutes left to try to get meaningful minutes for 7 players. This is why it is critical that I plan ahead as much as I can, so I don’t end up having players 10, 11, and 12, each only getting a minute or two of playing time. While it is helpful to prepare for each game, it is also eye-opening as to how little some kids play.

For varsity levels in school sports and levels of an “Elite” or “Select” or whatever term your non-school league/sport uses to describe a highly competitive setting where winning and getting to championships is a major goal, the philosophy changes a bit. I will use my varsity teams as the example here. The focus on winning at the varsity level is greater than on the middle school, frosh, and JV teams. However, just like with the lower levels, the best players play the most, the next best the next most, and so on down the line.

The big difference here, though, is that there are some players who may not get into the game at all. The coach may never feel completely comfortable putting some players in based on the way the game is going. It is critical for players and parents to understand this. However, the only way they will be able to understand this is if the coach has communicated it to them. (More on communicating playing time philosophies to them in the next post)

The situation above should also not be a regular thing. If it is a one or two-time thing, that may be understandable. But if it is happening consistently throughout the season (or even during a 3 or 4 game stretch), then it merits some questions – If you don’t trust them enough to play them in the varsity game, why are they on the varsity team? Is there any chance for them to play? If not, are they allowed to “swing” and play a good amount on the JV? If they are not getting minutes on the varsity, they should at least be swinging to the JV. Realistically, though, they should probably be playing full-time on the JV instead.

Your players are in your program because they want to play. We (coaches) can talk about the importance of them sacrificing for the team, accepting their role, and being happy just being a part of it. But why did they come out for the team in the first place? TO PLAY! So while they still need to exhibit a team-first attitude, they want to play in games. If you can’t get them minutes on the varsity, get them minutes on the JV.

And by all means, don’t bring up freshmen or sophomores (and even to some extent juniors) and then have them sit on the bench! You are wasting their time, their ability, and their chance to improve, learn, and get comfortable playing in meaningful minutes in games. It does them no good to come up to the varsity and then sit on the bench (unless they are playing a lot on the JV, and you have only brought them up to the varsity to be a part of the experience). They are better off staying on the JV and getting a LOT of playing time, so they can prepare for when they do make the jump to the varsity level. While practice can provide a lot of great teaching points and learning moments, there is nothing like actual game experience to teach kids how to handle all that games throw at them.

Well, this post got quite long (but it isn’t as long as a couple that will be coming later!). Next time I will discuss one specific aspect with regards to your playing time philosophy – Swinging Players between Levels.

For a much more in-depth look at playing time issues and ways for coaches to deal with them, check out my booklet “Playing Time: Guidelines for Coaches, Athletes, & Parents.” It has been a popular booklet with coaches to help them prepare for these situations, and athletic directors have found it helpful by giving it to their coaches, as well as to their parents at their pre-season parent/athlete meetings. You can pick up “Playing Time” at my website – www.coachwithcharacter.com.