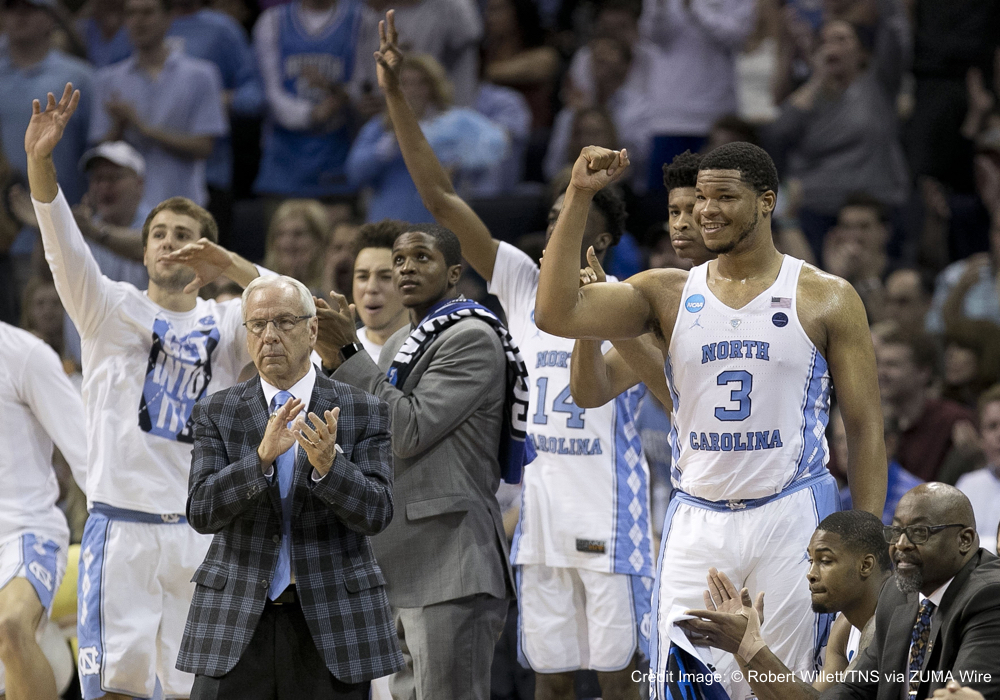 The NCAA Tournament is one the the best times of the year for basketball fans and coaches. This year was no different. March Madness was full of exciting games, upsets, and great X’s & O’s. Here are the Top 10 March Madness posts from Team.FastModelSports.com.

The path to the Final Four from this region is wide open and the Florida Gators, lead by second-year head coach Mike White, are hoping to emerge from NYC as champs of the East Region. The analytics rankings love the Gators and there is a lot to love about their transition offense principles and the early push they get off rebounds.

North Carolina uses this BLOB play to get looks at multiple scoring options. They start with a backscreen for a layup and the elevator screen for a shot. If those options aren’t available the ball gets reversed and the Tar Heels get into a screen the screener action.

The versatility of the Michigan 2-Guard offense was on full display during the Big 10 and NCAA tournaments as the Wolverines made a march to the Sweet 16. The offense features numerous scoring options, and creates mismatches on both sides of the floor. These drills are designed as a basis for getting the most reps possible from your Dr. Dish to drill the scoring options from the Michigan 2-Guard offense. As always, when using the Dr. Dish, use drills that are tailored to your offensive actions – confidence comes from competence!

10 – Michigan Basketball: Preparing for Success – No Matter What by FastModel Sports