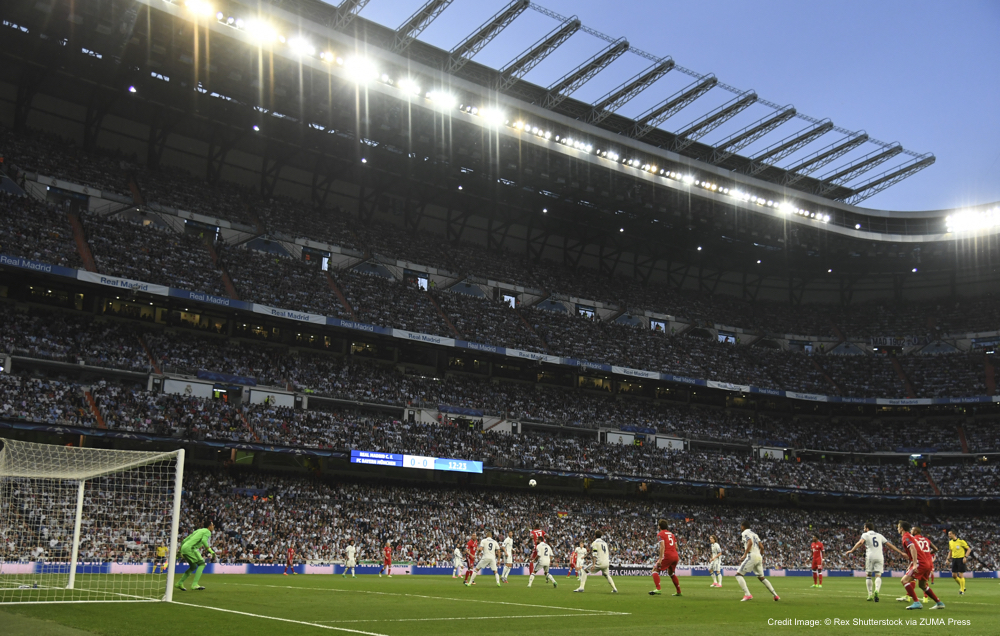 How the main national sporting influences – football and soccer – may impact basketball coaching styles in America and abroad.

In the United States, the NFL owns Sundays and college football owns the rest of the weekend. While American basketball coaches likely list basketball as their first love, they are knowingly or unknowingly impacted by American football’s profound influence on sports and coaching.

Abroad, soccer is king. The unbridled fervor and passion of soccer fans grips entire continents. No doubt, international basketball coaches are impacted by the wide-reaching tentacles of soccer even if it is subconscious.

There are certainly differences in the way the game of basketball is played and coached in the United States and abroad. Generally, the international game tends to be more free-flowing when compared to the American game. NBA rosters are increasingly featuring global players who are blessed with skill and size.

Many of these subtle differences can be attributed to FIBA rules, the presence of a shot clock from an early age, the competitive models and resources available. But there may be an underlying influence shaping the differences in the way basketball is taught in America and abroad.

Does American Football and Soccer being the dominant sporting influences over their respective cultures impact how coaches – knowingly or more likely unknowingly – coach the game of basketball? It’s possible and this essay will theorize some plausible explanations.

Remember the neighborhood football game in the backyard or vacant lot from your childhood? You and your buddies huddle up and plan your attack by drawing it up in the dirt while your opponent plans their defensive strategy.

What were the youngsters in this scenario modeling? What they had seen on TV, of course. And some of these youngsters grew up to be basketball coaches.

In places like Spain, Argentina and the rest of the world the backyard game is soccer. In soccer, there is no stoppage. There is no “huddle, run a play” rhythm; there is just “play.” Offense can instantly become defense and vice versa much like basketball.

Teach your team to play soccer-like basketball with the #SeamlessChallenge: That is also what is on television internationally. There is no frame of reference for huddling to organize and then running a play. In soccer the play is fluid and players organize their own attack without stoppage.

How may this impact the way basketball is coached? In essence, basketball bears more of a resemblance to soccer that it does to American Football. But who hasn’t seen a basketball team and their coach look as if they would love to huddle before beginning a possession?

The ball handler is looking to the bench, the coach is giving a signal and, if the defense and rules would allow it, the coach would love nothing more than to be able to call the team over and have an impromptu “huddle” during live play!

While it may be subconscious rather than overt, this immersion in the American Football culture could be a cause for the differences between American and International coaching styles. European basketball teams tend to flow into action and organize themselves. They seamlessly find their own spacing and lanes like a soccer team.

Timeouts are a big part of American Football. They are non-existent in soccer. The NFL even has a manufactured “timeout” in the form of the Two-Minute Warning.

The constant interplay between coaches and players during game play in both American Football and Basketball give the game a different feel. NFL quarterbacks have helmets with the technology to hear their coaches during the game. If your frame of reference is a sport with no timeouts (soccer) you could certainly apply that to basketball and not see the need for so many. You would coach your team to solve their own problems, find their own spacing, organize their own attacks for you are used to seeing soccer teams do it for 45 minutes at a time.

An American basketball coach is often placed in the “good coach” category based on his/her team’s ATO (after timeout) efficiency. Goodness knows they get plenty of opportunities to perfect them…

How about a different litmus test? Could this coach’s team thrive if timeouts were not a part of basketball at all?

Letting The Ball Do The Work

In soccer a goal usually comes with a great assist. There are goals scored via great individual efforts and there are certainly megawatt stars capable of playing this way, but “letting the ball do the work” is how soccer is taught.

The ball moves until it finds a crevice of space and the player on the receiving end of that advantage is charged with putting the ball in the back of the net. If soccer is your country’s main sporting influence, you are accustomed to the idea of sport being played in this manner. The shot that resulted in the goal began to take shape many passes ago.

American Football is much different. The iconic images of a running back shedding multiple tacklers as he rumbles down the field are lasting. Advancing the ball for a touchdown calls for one player to make heroic efforts to avoid being tackled.

How may this manifest itself in American basketball coaching? Isolations, clear outs and calling plays for a particular player who has a size or strength advantage. The ideas of “franchise players” or needing a “superstar” to succeed have trickle-down effects.

In soccer, the ball does the work and often an international basketball team’s franchise player is “The Open Man.” There are certain pockets of American basketball that embrace this style – the San Antonio Spurs, for example, have long played a soccer-like style. Shall we point out the nations of origin of many of their players and coaching staff?

Think of American Football and contrast the job of the Left Tackle and a Cornerback. The Center and a Wide Receiver. The Quarterback and a Linebacker. Or how about a Kicker with a Running Back? Football is rich with specialized positions.

As a result, sport to American coaches may be viewed through the lens of division of labor. A basketball team needs a point guard, a shooting guard, a small forward, a power forward and a center to fit the classic definition. There are many skills American basketball coaches do not “allow” some players on their team to attempt.

True, there are positions in soccer. The left forward has a different job than the center back and a goalkeeper, of course, has a different set of skills altogether. But would a left forward look all that different dribbling or passing a soccer ball than a center back? Both need to be able to control the ball, make clean first touches and, more importantly, they both must be able to make dynamic decisions during play. No soccer player is protected from that.

Watch a quarterback make an attempt at a tackle after throwing an interception. Watch an offensive lineman try to advance a fumble. It’s not their job and they look awkward, for the sport does not require universal skill. Could it be that this way of thinking about sport leaks into the thinking of American basketball coaches, especially youth coaches, due to immersion in a football culture?

With a sport featuring universal skills as your model, the idea of “positionless basketball” is not that far of a reach. The influx of International big men who can pass, shoot from range, dribble and catch could be attributed to this. At the youth level abroad no one is exempt from acquiring these skills just a no soccer player would be exempt from trapping, dribbling and passing a soccer ball.

Now we’re going to get real theoretical about the notion of cultural immersion and its impact on sport and have a little fun!

Have you ever been to Barcelona, Paris or Milan? You are surrounded art, architecture and beauty. Aesthetics abound and style matters.

A certain style of soccer is referred to as The Beautiful Game and commentators often refer to a soccer player as an “artful striker.” Fans and commentators alike may bemoan a team’s performance in terms of aesthetics even in victory. Not only does winning matter but winning with style seems to matter as well. Contrast that with the American mindset of “a win is a win” and “no style points” and the fact that teams and coaches may even embrace the ultimate ugliness – stalling the ball – in the name of victory. In the words famously uttered by former Oakland Raiders (NFL) owner Al Davis – “Just win, Baby.”

The NFL, with an eye towards television ratings, tries to legislate this out of the game but often the pathway to victory is control the clock, grind it out and win the time of possession. Fans of that team are pleased with an “ugly win” and would not give a second thought to aesthetic appeal.

Perhaps this cultural influence of winning first, style second (or last) impacts the way basketball is coached in the US?

Lastly, soccer nations tend to have more of a collective culture in terms of economics and politics as compared to the “rugged individualism” of the United States. Citizens are used to paying higher taxes that in turn provide services such as health care and higher education. The entire nation is a team, no wonder the ball moves.

Contrast that with the “pull yourself up by your bootstraps” and “The American Dream” mindset. The power of the individual is praised in America. Rags to riches stories are glorified and become legend.

Might this impact the way basketball is coached and played? Perhaps. Phrases such as “he/she needs to take over the game” or “he moved via free agency so he could have his own team” lead one to believe it is plausible.

This is not much more that a theory or series of observations that have been discussed in bar room debates with coaching friends. No assertion is being made that one style of play is “better” than another (but one can certainly infer a personal preference when reading). It is hard to argue against American basketball when they continue to dominate FIBA competition at all levels.

But the gap may be closing and many explanations such as the lack of a shot clock at lower levels in the US are tossed about. There is also the “AAU is killing the game” narrative that many espouse.

This theory that coaches are prone to the power of immersion and are either knowingly or unknowingly impacted by the reach of the dominant sporting influence in their culture seems as plausible as any other. We are all shaped by the cultural influences around us whether we acknowledge them or not.

Any questions, email randy@radiusathletics.com. Happy to talk hoops any time day or night! Sign up here for our twice-monthly newsletter for basketball coaches!