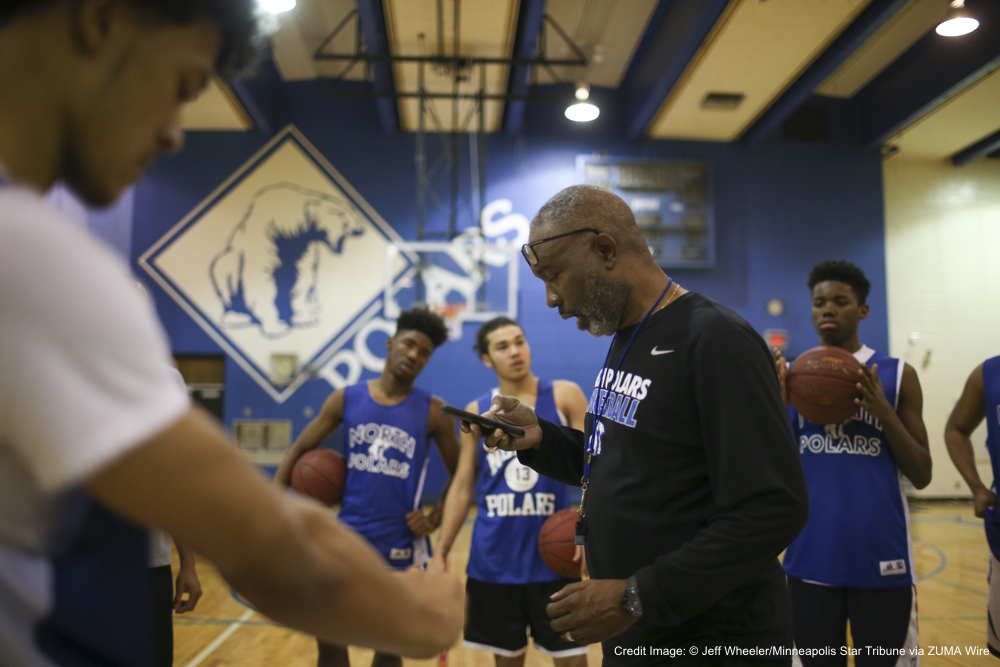 Practice planning is a skill, and like any other skill it must be practiced before there is proficiency. Expert level skills from players, such as shooting and passing, are not hard to spot. Just as players with the expert level skill in those areas stand out from their competition, so too do expert level practice planners.

The goal of practice is game transference. We practice shooting so we make more shots in games. We practice screening so we set better screens in games. The list goes on. However, coaches commonly lament over game slippage.

Creating a more game-like practice starts with awareness of drill phases and drill progressions. Learning from your practice planning mistakes will make you a better coach. This systematic approach to phasing drill progressions can help you reduce and eliminate drills that carry little value in terms of game transference.

We’ll use an example of one skill – a crossover step to a finish at the rim – to illustrate a formula that can be applied to teaching any skill.

Phase A drills are for introduction of a skill. Players should see a good demonstration of the skill then attempt it without defensive interference. Phase A drills are typically done “on air” meaning there is no defender.

In the Phase A drill above, Player 1 starts with a spin back toss to themselves, hops into the catch and executes the crossover step into a finish at the rim.

What is the focus in this drill in this phase? Technique, that’s pretty much it. The skills of the crossover step and the finish are being introduced. The coach is critiquing the footwork and technique. Did the player step first with the correct foot? Was the finish technique acceptable?

When introducing with a Phase A drill coaches should keep their objective in perspective. They are technique rich and used as introductory tools. Once proficiency is demonstrated, move on.

Often coaches use Phase A drills day after day long after the objective skill has been acquired in the name of “repetition.” Moreover, their practice features a Phase A layup drill, followed by a Phase A shooting drill, then perhaps a collection of Phase A defensive drills.

In a recent webinar with Trevor Ragan of Train Ugly, Ragan pointed out when it comes to execution of a skill there is reading, planning and doing. Phase A drills focus on “doing,” fine for introduction but lacking in terms of game application.

As we advance this drill up this pathway we add more “reading” to the drill. In Phase B, there is a defender, but he/she is guided. This takes the technique learned in Phase A and applies a bit of context to it. The objective is still the crossover step into a finish at the rim but now the athlete has to read and plan before doing.

In the drill above, X1 begins with the ball and flips it to Player 1. In the first repetition, X1 touches the cone to the offensive left. This cues Player 1 to use the left foot to begin the crossover step attack and make a lane drive. It also gives him/her a small advantage to use as they go into the finish.

The defender tries to get back in the play. If the defender is trailing, Player 1 finishes with a layup. If he defender recovers quickly enough to get on the inside hip of the offensive player, finish with the outside-inside stride stop into a power layup.

In the second repetition, the defender flips the ball to Player 1 then touches the cone to the offensive right. This elicits the nail drive and the crossover step beginning with the right foot. Giving the same offensive player multiple reps before switching can be beneficial as well.

In Phase B the player knew in advance what cone the defensive player was going to touch. They are given the visual cue of executing the correct footwork based on the position of the defender. A bit more context has been added to the drill.

In Phase C we are adding a live element to the drill. Now the offensive player must react to an unknown, apply the correct footwork from earlier phases and finish the play.

The drill in Phase C looks no different than Phase B except that when X1 flips the ball to Player 1 he/she may choose to touch either cone. Now Player 1 must apply the footwork without a clue beforehand as to what the defender will do.

He/she must read, plan and do. Even a fraction of indecision will lessen the small advantage of the drive to the rim. It is possible that in this phase we will see fewer traditional layups and more stride stops as a result.

The ultimate goal is to be able to apply the skill to a game-like setting. That is the objective in Phase D. Take the fundamental from Phase A, the crossover step into a finish at the rim, and apply it to game context.

In the drill above, X1 flips to Player 1 and touches either cone. There is no guiding in this phase. Player 1 makes the proper crossover step and attacks. He/she uses the small advantage with the intent of scoring at the rim.

The coach may instruct the off-ball defenders how to help on the penetration or they may simply play it live and follow their team defensive rules.

In the first example, X1 flips then touches the cone to the offensive left eliciting the lane drive from Player 1. X2 gives corner help and Player 1 finds his/her teammate (Player 2) relocating for the kick out three. The defensive trio can vary how they help to provide multiple live reads to the offense.

In the second example, X1 flips then touches the cone to the offensive right eliciting the nail drive with the proper footwork from Player 1. X3 gives help off the post player in the porch and makes an easy pass to Player 3 for the layup or dunk.

Again, the defense can vary the way they help or even choose not to help forcing Player 1 to use the small advantage and finish at the rim. Play out the possession live should the defense recover and contest.

In Phase D, the offensive team has initiated a live 3v3 situation with the fundamental introduced in Phase A.

Get to game-like as soon as possible. Strive to spend most of your practice time in Phases C and D and small-sided games. This is where reading and planning merge with doing.

The game itself is thousands of combinations of reading, planning and doing. If a team spends the majority of its time in Phase A, unopposed drills they are in no way prepared for the game. The best coaches develop the best decision makers.

Some teams and players are capable of being introduced to a skill in higher phases. There may not even be a need for a Phase A introduction. Either way, keep it brief and move on to higher phases when proficiency is demonstrated. Again, get to game like as soon as possible.

If live play is revealing mistakes in the execution of the objective skill, walk back down a phase and clean it up. Then move back up.

Lastly, let’s take a trip back to high school Algebra and consider the equation below.

There is a process for solving for x in this equation. Once I learn this process and can solve for x, I’ve got it. I would follow the same steps to solve this equation:

The steps of solving for x are the same, I just apply the steps (and use a calculator!).

Phasing drills for other skills works the same as the example of the crossover step given here. Follow the steps just like solving the equation. Once you have grasped the phasing process you can apply it to anything. Introduce the drill with a focus on technique, give a guide, make it live then apply to a game situation.

March 8, 2016 – Minneapolis, MN, U.S. – North head coach Larry McKenzie read an inspirational quote to his players before the start of practice Tuesday afternoon. ] JEFF WHEELER • Minneapolis North Polars, a program synonymous with basketball excellence, is back in the state tournament for the first time since 2003. They practiced after school Tuesday afternoon, March 8, 2016 ahead of their tournament game on Thursday. (Credit Image: � Jeff Wheeler/Minneapolis Star Tribune via ZUMA Wire)
Sharing
Authors