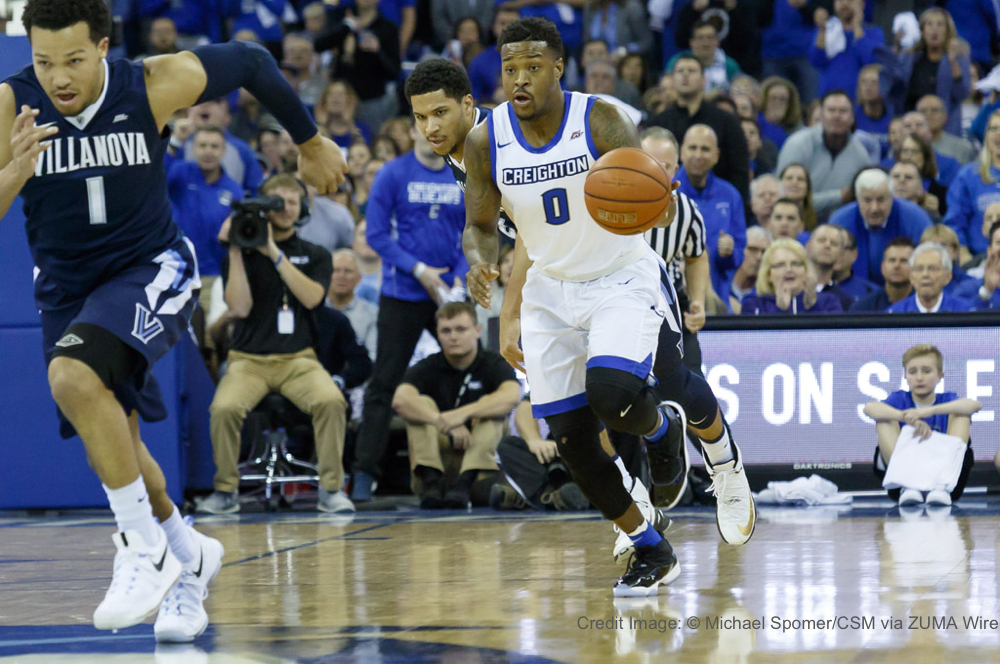 Transition defense starts with being able to defend in disadvantage or outnumbered situations.

Here are some tips for defending in disadvantage situations along with a few advantage/disadvantage drills to reinforce the concepts.

Some keys for defending in the 1vo situation:

“1v1 Wolf” is an advantage/disadvantage drill that reinforces defending the 1v0.

The defense inbounds to the offense and begins to chase the offensive player. The offense wants to finish with an extended layup if the defender is trailing or an outside-inside stride stop if defender gets on inside hip. Get to the rim in as few dribbles as possible.

The defender tries to block the shot low using their near hand. The defender avoids over-pursuing. DO NOT GO PAST THE BACKBOARD! Rebound any missed shot!

If the defender is able to catch up and get in front of the offense, it becomes 1v1 Live.

Offense and defense switch for the return trip down the opposite side of the court.

While defending the 2v1, keep these pointers in mind: Refer to the graphic above and use these coaching points when preparing players to defend in the 2v1 disadvantage.

“Weave Into 2v1” is an advantage/disadvantage drill that reinforces some of the teaching points of defending in the 2v1 disadvantage. Many of the pointers for defending in the 3v2 are the same as those in defending in the 2v1. The defensive players are attempting to buy time so the remainder of their teammates can flow back into the play.

To begin this process, one player must stop the ball and one must protect the rim. “Setting the tandem” is vital to 3v2 defense.

To set the tandem, X1 stops ball (the sooner the better) and forces to the sideline or corner checkpoint. X2 is in LOW I position and anticipates going the first pass. Here is a helpful hint for the Low I player at the back of the tandem: most often the dribbler will pass to the same side they are being forced to dribble towards.

Do not play side-by-side! Communication is key, one player must stop ball and another must protect the rim. Good offensive players will attack a split tandem.

If the first pass goes to the wing higher than Free Throw Line Extended (FTLE) X1 stays with the ball and X2 remains in LOW I. If the pass goes in front of or to the side of top of tandem, X2 stays.

If the pass to the wing goes behind X1 (below FTLE), then X2 closes out on 2, pushing 2 to the baseline checkpoint. X1 drops quickly to LOW I help position.

Coaching Point: “Bottom out, Top down!”

The tandem must force the three offensive players to make extra passes or dribbles to buy time for help to arrive.

3v2v1 is a full court advantage/disadvantage drill incorporating all the tips for 2v1s and 3v2s. Phase 1 of the 3v2v1 Drill is the 3v2 portion. 3 makes an outlet pass to either 1 or 2 (2 as shown) then fills the opposite wing lane. 2 makes the centering pass to 1 breaking into the middle lane and fills the right wing lane.  1 pushes with the dribble.

Offense seeks to find the player with the big advantage and score quickly.

In Phase 2 the drill transitions to 2v1. If/when the defense gains ball possession or when a shot is made, X1 and X2 convert to offense and push the ball up the court against 2.

2 must try not to surrender a layup or shot to X1 and X2. Play continues until the defensive player gains ball possession or the offense scores.

VARIATION: Once the drill is learned, use two balls. Second ball starts as soon as first ball crosses halfcourt line on the way back.

Coaches should not assume players know how to defend disadvantage situations. Teach and reinforce these tips.

Also, coaches must instill an “eraser” mindset in their players. Teams must make every attempt to “erase” the bad play that resulted in the disadvantage situation and get a stop.

Note: For more on these concepts, check out “Disruptive Pressure Basketball” by Ernie Woods.