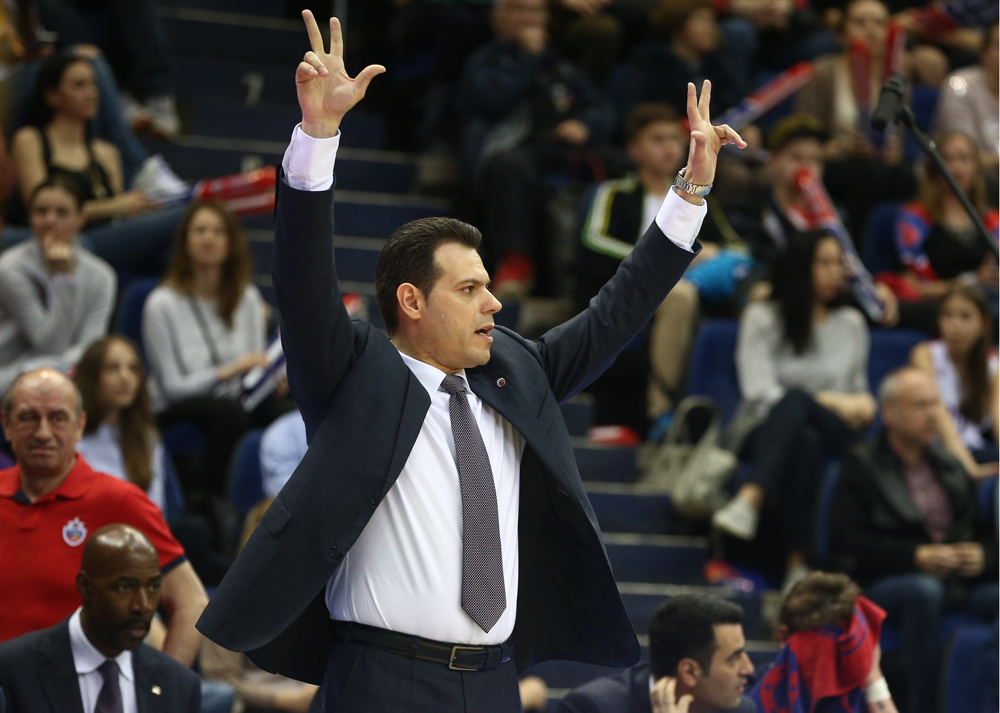 The Turkish Airlines EuroLeague Final Four tips off Friday in Istanbul, Turkey. After winning quarterfinal playoff series Real Madrid, CSKA, Olympiacos and Fenerbahce will battle for the championship with the semifinals on Friday and the championship on Sunday.

Here’s a preview of the four teams plus one coaching nugget from each team:

Real Madrid finished atop the regular season standings and marches into the Final Four for the fifth time in seven years. Coach Pablo Laso and Los Blancos had the top regular season offense in many categories and won the EuroLeague title in 2015. This is an experienced team capable of winning the title

Sergio Llull – Llull is the maestro of Real Madrid’s hyper-efficient attack. The Spanish guard is an All-EuroLeague First Team selection averaging 16.8 ppg and 5.9 apg. Llull is a fearless player, creative shot-maker and the heartbeat of Real Madrid.

Luka Doncic – The 18-year-old Slovenian is doing unprecedented things for his age in both the EuroLeague and the ACB League in Spain. Doncic is averaging 16.3 points per 40 minutes during EuroLeague play. DraftExpress lists Doncic as the top prospect in the the 2018 NBA Draft class. Doncic was named the unanimous winner of the EuroLeague Rising Star award given to the best player in the league under the age of 22.

Horns Get SBS – This “Horns” set is indicative of the Real Madrid attack as Llull runs the show. The defending EuroLeague champs are back in the Final Four. CSKA finished a game behind Real Madrid in the regular season standings. The Russian club is a mainstay in the Final Four having qualified in 14 out of the last 15 years. Coach Dimitris Itoudis is aiming to lead his team to the first back-to-back European championship in the club’s storied history.

Nando De Colo – The Frenchman was the regular season and Final Four MVP a season ago and posted another great year this season (19.4 ppg). De Colo notched double figures in all but one of his 26 EuroLeague appearances this season en route to a First Team All-EuroLeague selection.

Milos Teodosic – Teodosic may be the most creative passer in the world. The Serbian wizard was a Second Team All-EuroLeague selection averaging seven (mostly gorgeous) assists per game to go along with 16.2 ppg. Students of ball screen offense, keep your eyes fixed on Teodosic. Olympiacos returns to Istanbul where it claimed the 2012 EuroLeague title. Defense is the formula for The Reds. The veteran roster (four former EuroLeague champions) and Coach Ioannis Sfairopoulos buy into a defense-first mentality. Fenerbache Istabul is making its third straight Final Four appearance. Coach Zeljko Obradovic and his squad have yet to claim the trophy. That could change this year with a star-studded lineup and their city playing host to the Final Four. Fenerbahce features a balanced attack (five players average in double figures) and stellar defense. Memories of a heartbreaking OT loss to CSKA in the 2016 championship is all the motivation they’ll need.

Bogdon Bogdonovic – Now fully healthy, Bogdonovic is excelling. Bogdonovic has twice won the Rising Star Trophy and has fueled Fenerbahce’s return to the Final Four. He averaged 14.5 ppg in EuroLeague play, but has elevated his his game even higher in the postseason. The Serbian guard was the best player on the floor in Fenerbahce’s quarterfinal sweep of Panathinaikos.

Ekpe Udoh – Udoh is the dominating force behind Fenerbahce’s defense. Udoh paced the EuroLeague in rebounds (7.6 per game) and blocked shots (2.1 per game). The American center has been indispensable on both ends of the floor this season and claimed All-EuroLeague First Team honors as a result.

“Short Roll” – Using the “short roll” vs. the trap of the ball screen in Spread Ball Screen offense to create an offensive advantage.