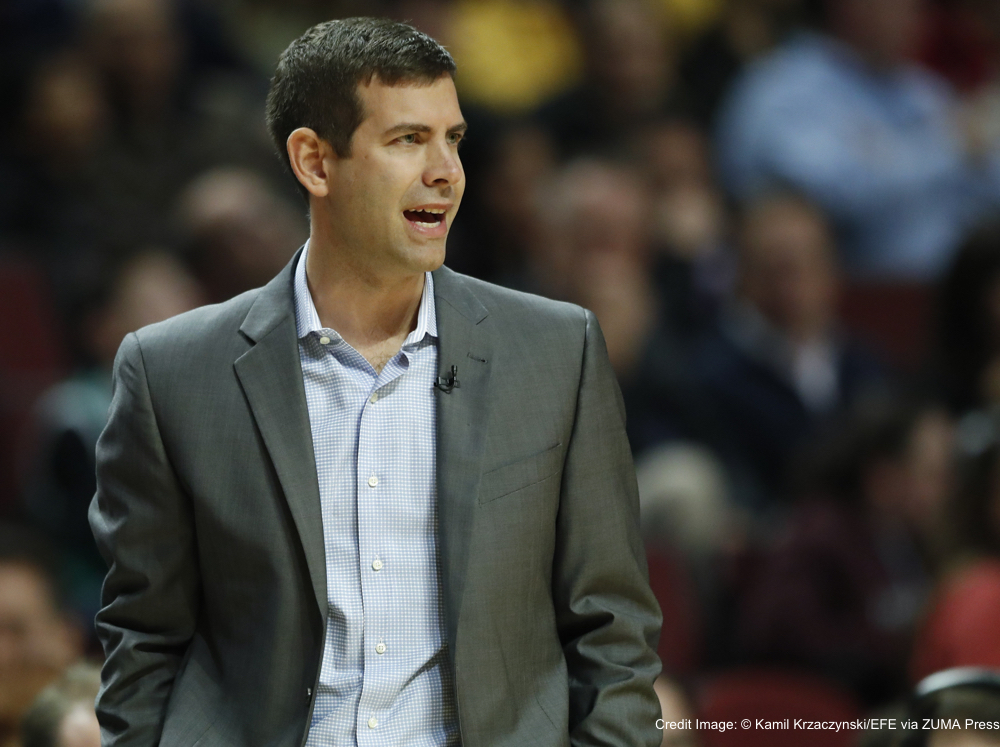 In Game 3 of the Eastern Conference Finals, the Boston Celtics completed a stunning 21 point second half comeback to upset the Cleveland Cavaliers. With the game close at the end, Brad Stevens used a timeout on all of his final 3 possessions to put his team in the position to get a great shot.

With 54.9 seconds left the Boston Celtics were clinging to a 1 point lead. They used a misdirection staggered screen action for Marcus Smart to get the ball into the post. After the ball was inbounded to Jay Crowder, Al Horford & Jonas Jerebko set the decoy staggered screen for Smart. Horford slips the first screen and posts up to receive the pass from Crowder, where he was able to attack 1 on 1.

The Cavs tied the score on the following possession, with Stevens calling another timeout to advance the ball into the frontcourt with 36.3 seconds left. The Celtics wanted to get a quick score within 5 or 6 seconds so they would end up with the last possession of the game. As Bradley gets the inbounds pass, Crowder & Jerebko cut to the corners for spacing. Smart sets a brush screen for Bradley, allowing him to drive hard right looking for a layup. The defense collapsed to help on the drive and Bradley kicked it to Jerebko for the open shot.

The Cavs scored again and the Celtics called their last timeout to draw up this play to get Bradley open for the winning shot. With the score tied and 10.7 seconds left, the Celtics had the option of going for a 2 or a 3 but they wanted to use as much time as possible so that they got the last shot of the quarter. The play started with Crowder curling around the first screen of the stagger and cutting to the basket. If defended correctly, he will still have a 1 on 1 opportunity in the post and Bradley can get another look coming off of the pindown screen. The Cavs sent two defenders after Crowder though. Horford ended up needing to only screen his own man getting Bradley free to hit the game winning 3 point shot.