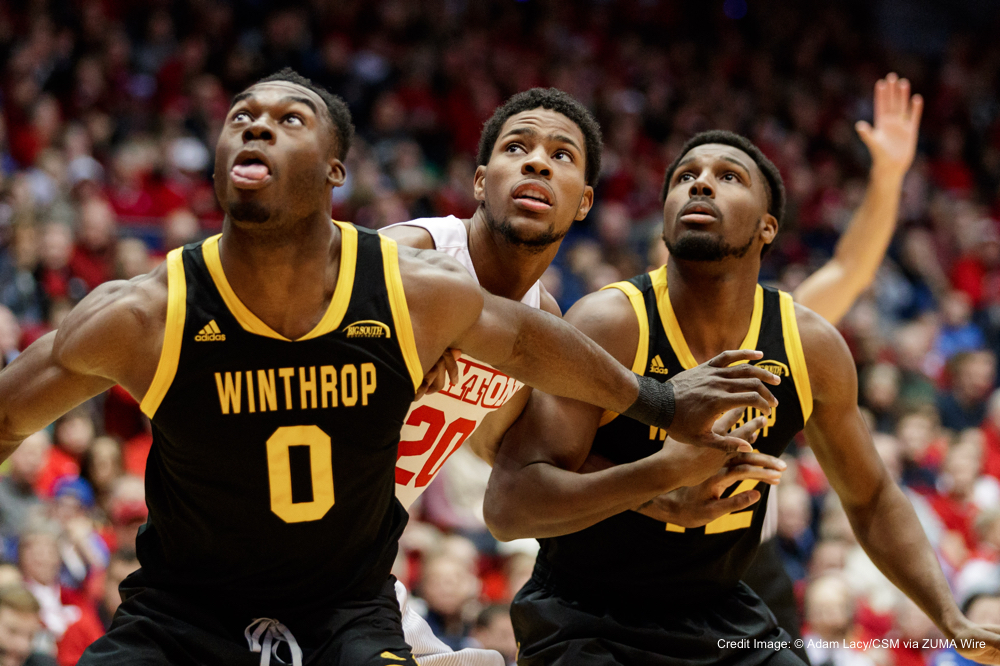 My final blog post in my series on man-to-man defense focuses on competitive team rebounding drills. We’ve all heard the saying, “you are what you emphasize” and rebounding should always be a top priority for any program. Teams can play the best 1st shot defense in the world but if you cannot consistently rebound, its difficult to win the big games.

As you begin next season, I challenge you to simplify your approach when teaching rebounding. We use the Tom Izzo mantra of “Hit-Find-Get.” We teach initiating 1st contact “Hit,” pivot into offense and “Find” the ball and then go “Get” it. We also believe rebounding is 20% technique and 80% heart/hustle so our drills reward teams that have a nose for the ball. The two drills in this post reinforce proper rebounding technique along with promoting toughness and developing a dominant rebounding mindset.

The first rebounding drill I got from Coach K about 4-5 years ago while I was watching team USA practice in preparation for the Olympics. Drill Set-up: Four offensive players positioned in the short corner areas and just inside the 3pt line around the elbows. Three defensive players line up in the middle of the paint facing coach (player 5). The goal of the drill is to collect as many offensive rebounds possible in two minutes.

Drill continues for 2:00 with the offensive team trying to accumulate as many offensive rebounds as possible. After the 2:00, a new group of 7 players come into the drill. Once all groups have gone on offense and defense, a winner is decided and the losers run.

This drill is probably one of my favorite drills because it incorporates shooting, rebounding, toughness conditioning and finishing through contact. Drill Set-up: Split your team into as many groups of four as possible. This drill is a competitive drill where both teams are trying to accumulate points. The offensive team of four starts at the elbows and the defensive teams starts on the blocks. A coach (player 5) is underneath the basket with a basketball and will be the passer in the drill. This is a 1:00 continuous drill and the scoring is as follows:

Offensive Team: 1 point for making the elbow shot and a potential 1 point for offensive rebound and put back.

Defensive Team: The only way the defense can score is by securing the defensive rebound off the made or missed shot by the offensive and then score by a stick back in the painted area.

Once that possession is finished–the players pass the ball back to the coach and the next four players step up and the drill continues. After 1:00 both teams switch spots and continue drill for 1:00. After both teams have gone for a minute, the team that has accumulated the most points wins and the losers run.  This drill can get physical, so your coaching staff must intervene if play gets too rough or players foul. You want to instill toughness but at the same time not promote bad habits.