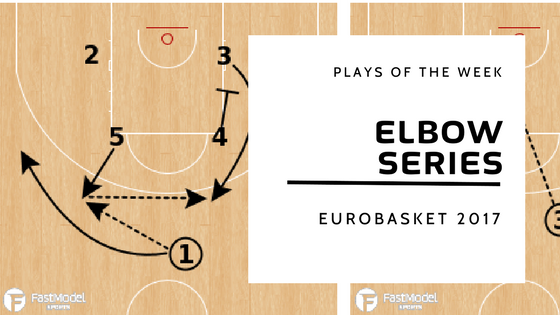 As the 2017 NBA Finals concluded and the Golden State Warriors hoisted the Larry O’Brien Trophy for the second time in three years, basketball fans across the world looked to scratch that never ending basketball itch. EuroBasket Women 2017 provided that relief. An incredible tournament with great #XsOs, including a fantastic elbow series by the team representing Montenegro.

This week our Plays of the Week features three elbow series sets run by Montenegro in the 2017 EuroBasket Women Tournament. Diagrams by Coach Ryan Nguyen.