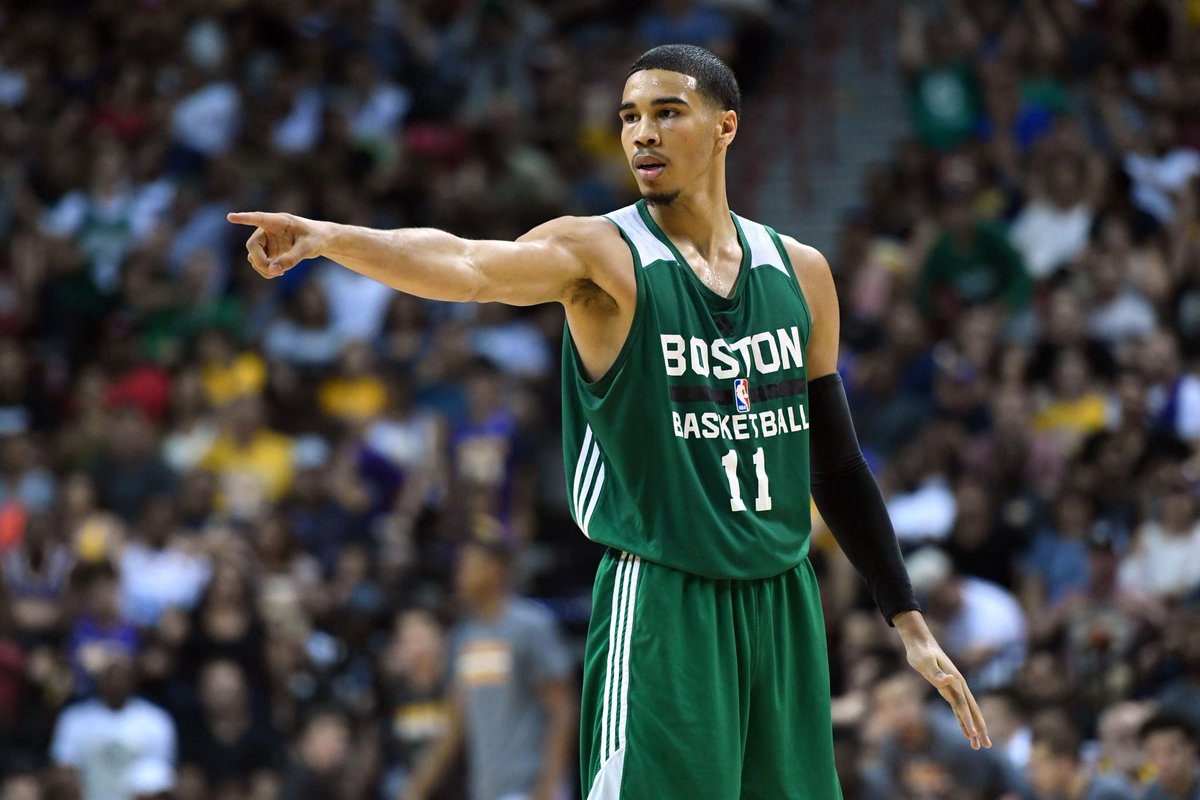 NBA Summer League is the great fix basketball fans and coaches need in the summer. It is also a great opportunity for coaching staffs to work on end of game situations and after time out sets. This week our Plays of the Week features three sets from the NBA Summer League.

The Detroit Pistons were down 3 with 2.8 seconds left in their summer league game against the Miami Heat. The Pistons ran a play on the previous possession which got 4 an open look at a three point shot. 4 was the decoy in this play, running baseline off the double screen. 1 then circles around 2 then screens for him. 2 cuts off the screens from 1 and 5 to receive the pass from 3 to take the shot.

The Boston Celtics ran this play to get a wide open layup to start the second quarter of their summer league game against the Utah Jazz. The dribble handoff and ball reversal set up the Celtics to getting the ball inside to 4. x3 relaxed on the post feed allowing 5 to set a back screen on him and getting 3 open at the basket. This is a counter out of the Boston Celtics “Swing” series that they’ve been running at the 2017 NBA Summer League.