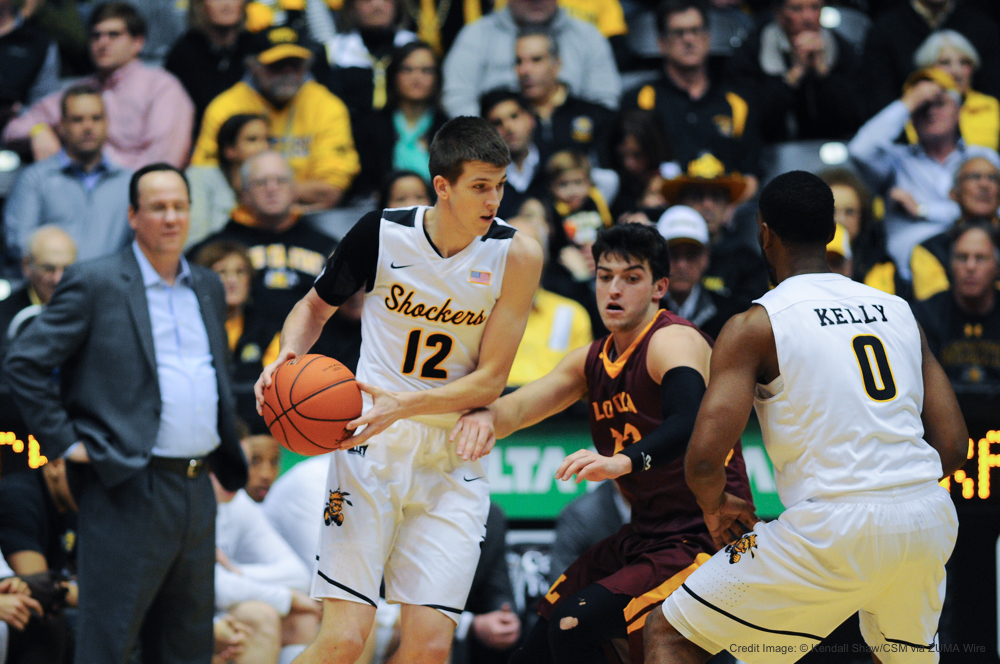 One of the strengths of a switching man defense is that it can take away your normal scoring options within the flow of your offense. However, if you have a few set plays that attack a switch then you may be able to take advantage of likely mismatches that occur. Whether you attack a switch by posting a smaller player, slipping a potential screen, or driving by a post player, set plays allow you to put your best players in a position to be successful. Here are several sets you can use to attack a switch. Initial Set-up: Box Alignment with guards on blocks and bigs at elbows. Point guard dribbles towards right elbow and immediately changes direction and dribbles to left wing. 5 goes off of 4’s screen at the FT line while 2 goes off of 3’s baseline screen. The false motion of the 5 and 2 creates a “pipe” big/little screen in the middle of the floor. If teams switch the screen, the post reverse pivots and seals the guard and we look to immediately enter the ball into the post. Option 2 is to go hi-low with the 3 throwing the ball high low to the 4. Initial Set-up: Double low stack alignment with post players on the bottom and guards on top. Play is initiated with both post players running a tight curl to screen in defense and free up guards to catch on either wing. On a pass to the wing, the point guard sprints to the ball side corner. The opposite guard sprints to set a block to block screen for the ball side post player (4). The 5 man times his cut off of the 3 man and sprints to catch at the nail of the free throw line. Once the 5 man catches the basketball, the 3 sets a block to block screen on the 4 man. The first option is the 4 man going low off the screen or option 2 is the 3 man sealing off for a direct pass and potential lay-up. Triangle Stack Set with 2 and 4 stacked on right side and 3 on left block and 5 on FT line. Point guard starts play on right side and dribbles back left to initiate the pass to the 2 man in the corner. 5 man sets a fake screen on the four and will receive a screen from the 3 man for a lay-up. 1st Option is  5 man for lay-up and 2nd Option is 3 man snapping back on a switch cut. Triangle Alignment and play goes to 4 man with same action as Triangle 5.

Initial Set-up: 1-4 low alignment with post players positioned just below the blocks. The play is initiated with the point guard dribble to either wing and the ball side post looks to set a fake block to block screen and sprints to catch at the FT line. On the catch by the 4 man, the 2 takes two low steps and then comes high off of the flex screen. The 5 player looks to seal off the guard and receive pass from the 4 man.

Box Warriors utilizes a concept seen by the Golden State Warriors to attack a switch.  The play looks to take advantage of a switch using a backscreen on a guard and then rolling big immediately to the basket. Initial Set-up: Box Alignment with post players on the blocks and guards at the elbows. Play can be initiated on either side with a pass to the wing. Guards should catch as close to FT extended as possible. The point guard fills to ball side corner and the weakside guard fills to slot area. The ball side post sprints to catch the ball at the strong side elbow.

Once the post player has caught the ball she immediately turns to the inside while the weak side post comes up and sets a back screen for the slot guard. The guard cuts off the screen demanding and forcing the switch. The post player screens and seals guard and immediately rolls back to the ball and receives a pass for layup. The ball side guards interchange or screen to occupy the defense. You can also run the same action off of a flare screen. This would be a good option if you have a great shooter. This is what the Warriors do with Klay Thompson and use Draymond Green as the screener.

Here is a great baseline out of bounds to utilize against a switching man to man defense. Box Alignment with best shooter at the weak side elbow. 3 comes off staggered screen from 4 and 5 for a potential shot. 2 upscreens for 5 and 4 can slip the last screen if teams switch. Here is an excellent sideline out of bounds I’ve seen coach Sherri Coale run over the years. I’ve added a few of my own wrinkles to it but its a great play with multiple options.  Initial set up is a your best shooter at the FT line and best finishing guard around the slot area. Both post players are positioned on the blocks. 3 player times cut and waits for 5 to flash for basketball similar to the blind pig action in the flex offense. The point guard passes to the post player flashing to the elbow and the post immediately looks to hit the 3 man on a backdoor (vs. aggressive defense). If the backdoor is not available, the point guard receives a dribble handoff (DHO) from the post player. After receiving the DHO, the point guard stretches the play out while the 4 man flashes to the block for a potential post pass. The 5 man will then receive a back screen from the shooter for a potential lob pass. 2 shapes up after backscreen and looks for a shot or immediately looks to dribble over and post the mismatch. If the guard cannot get the ball to the post player due to being fronted, then the weakside big flashes to catch and immediately throw a high-low pass into the post.

These are just a few of the plays I’ve run or seen run versus switching over the last 3-5 years. I hope you can take something back to your program to help your team be prepared versus teams that switch. If you have any plays and other ideas versus switching man to man defense and would like to share, my email address is hamiltonr@norman.k12.ok.us.