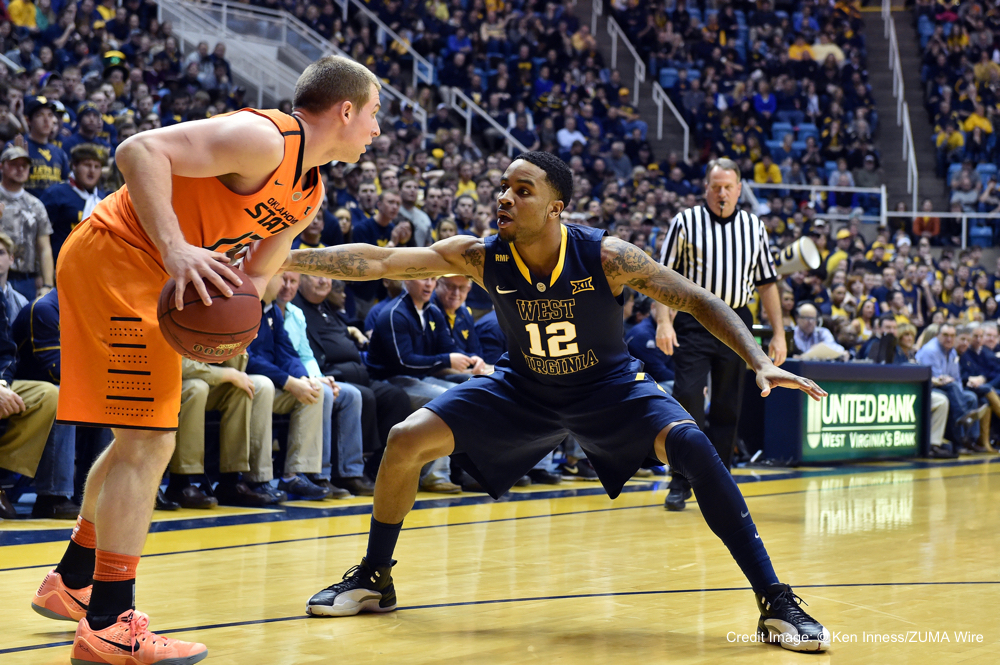 As a young coach growing up in Kansas, I was able to learn from some great high school and college coaches. One coach in particular was hall of fame coach Jim Baker from Buhler, KS. Coach Baker was the first girls prep coach in KS to win 500 games. His teams were relentless on defense and very disciplined on offense. I remember one time I was able to sit down with coach Baker and ask him for some coaching advice. He was candid and frank and said “Coach, your teams are going to lose more games than you win…” Wait, how does he know that my teams will lose more games than we will win?  As he continued to talk it became more clear he was talking about how teams lose games due to careless TO’s, unforced errors, and teams not being able to handle different types of pressure and pressing defenses. Sound advice from a HOF coach.

This post focuses on breaking full court, 3/4 court, and 1/2 court presses and gives coaches a comprehensive guide for attacking pressure defenses. I also share a few late game full court and 1/2 court plays that will your teams to execute when the game is on the line.

Press Break Alignment is with 3 man taking ball out-of-bounds and the 1 and 2 are at the elbows. The post players 4 and 5 are at half court. We use 4-up press break vs. any on the ball zone presses (1-2-2, 1-2-1-1, etc). It starts with our ball side post flashing to the FT line extended to receive a pass. On the catch, our point guard 1 screens away for the 2. After screening for the 2 the 1 sits in the middle of the floor and the inbounder steps in for ball reversal. Again the concepts are the same as we look to attack sideline, middle, and a throw over. On ball reversal back to the inbounder our press break slides are: middle flashes sideline and the sideline flashes middle. The 4 man sprints wide and looks to space the floor and be a deep threat. If the ball is passed middle, the receiver immediately looks to pass it opposite for a potential (2 vs. 1) against the defense.

Normal Press Break Alignment with point guard taking ball out-of-bounds and other guards 2 & 3 at the elbows. The post players 4 and 5 are at half court. Buddy GO looks to hit 2 man popping out FT line extended. After passing to either the 2, the point guard immediately cuts hard down the middle of the floor for a quick return pass. This is effective against teams that trap the first pass in either man or zone. If the 2 man cannot get the ball to the point guard in the middle of the floor, then she reverses the ball back to the safety. The safety looks middle and passes if open, otherwise continues to reverse the ball to the 5 player flashing sideline. On ball reversal we have the same press offense slides as 4-up: Middle goes sideline and sideline flashes middle and the 2 man becomes long diagonal option.

Regular Press Break Set-up except point guard takes the ball out of bounds: 3 will diagonal screen for 2 man and 2 man has the option of going high or low off the screen. The 3 will always break opposite the 2 man. After passing to either the 2 or 3, the point guard immediately cuts hard down the middle of the floor for a quick return pass. This is effective against teams that trap the first pass in either man or zone. If the point guard is not open on the cut, then the ball is reversed through the 3 man and then to the post player 5 flashing sideline. When the 5 man catches his reads are sideline, middle, or reverse it again. The 4 flashes middle, the point guard flashes sideline and the 2 player sprints wide and becomes throw over option. If the ball is passed middle, the receiver immediately looks to pass it opposite for a potential (2 vs. 1) against the defense. Regular Press Break Set-up: 2 will diagonal screen for 1 man and point has option of going high or low off the screen. The 2 will always break opposite the 1 man. If point guard catches the 2 immediately diagonals out and looks for quick pass to middle and 3 vs. 2 opportunity. The 3 man also diagonals out and looks to circle if his man goes to trap the dribbler. Here the defender leaves to trap the dribbler and 3 recognizes and circles back as a pressure release. The point must stretch the trap and look to find open player. If they rotate successfully to take away the pressure release, then the weak side guard recognizes and flashes to middle of the court. Same actions as the 1 man is not open and we throw to the 2 man sealing her defender and rolling back to the basketball. If the ball gets to the middle of the floor, then the player immediately looks to attack the potential 3 vs. 2 that is created. This play can be run after a made FT or after your opponent scores and calls a timeout. It utilizes the same alignment as our normal press break so it is hard to scout. It begins with our point guard running the baseline and our 5 man flashing hard to the ball. The 2 man pops out-of-bounds and receives the pass from the point guard. Once the 2 catches the ball the 3 man flashes hard to the elbow and then to the corner to draw the defense. The 4 flashes to weak side elbow and demands the ball. After passing the ball to the 2 man the point guard takes off deep and utilizes the 4 man’s screen to get open.

Box is our 3/4 court press break vs. any odd front zone press. We always want to have a sideline, middle and reversal option. Even though our box is a little distorted, we always have a sideline, middle, reversal and throw over option. If we cannot pass to our sideline or middle player we reverse the ball and our middle player flashes sideline and our sideline player flashes middle. Players can utilize the dribble to improve spacing and passing angles anytime vs. the zone press. On any pass to the middle, the guard immediately looks to attack and create an advantage.

Dos is our 1/2 court press offense vs. any type of odd trapping zone 1/2 court zone. 2-1-2 Alignment: 3, 4, and 5 are in the rotation and 1 and 2 are stationary. On a guard to guard pass, the strong side block player flashes to the wing while the weak side corner player flashes to block to attack weak side. The 4 man posts hard at the FT line area and always tries to be available. On a short corner/block pass, the high post player dives to the rim for a pass and the weak side guard spots up for a potential kick out pass for a 3pt shot. On any high post catch we follow the same rules as our normal zone attacks: 1. shot 2. hi-low 3. skip opposite for 3pt shot. If the ball is skipped opposite, the continuity of the offense continues as 3 now flashes to corner area and 5 looks to attack the weak side block. On pass to the corner the 5 sneaks across the zone and the offense can continue. Diamond alignment with 3 man taking ball out-of-bounds and your best shooter 2 at the top of the key. Option 1: Late clock situation 2 man coming off of 4’s screen for a quick drive or shot. Option 2: 4 comes off 1 man’s screen to the rim as 5  flashes to the ball to occupy the defense. If neither option is open then pass to the 5 man. The 5 man executes a dribble hand off (DHO) with the 3 man. After the DHO, 5 man comes off 1’s screen and 2 man comes off baseline
screen from 4 man. Last option is 1 man shaping up off the backscreen or pindown with the 5 man.

As you prepare for the upcoming season, make sure you go over your comprehensive plan for attacking pressing defenses. As one of my former coaches used to say “be ready for anything and expect everything”.  If you have any questions or would like to share other ideas regarding breaking presses, contact me at hamiltonr@norman.k12.ok.us