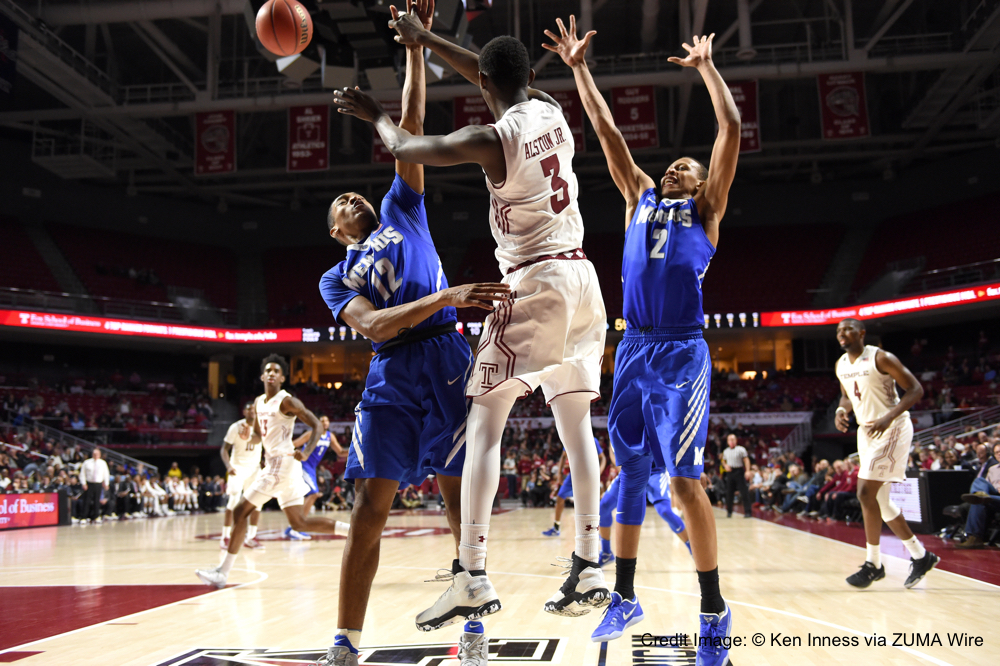 Volume III – Adjusting to the offense and controlling tempo with variations of the SHADOW press.

When using any full court press such as the SHADOW press it is vital to make adjustments in response to the opposing offense. Through scouting or early in a game, a coach should decide what he/she wants from the press and adjust it accordingly.

These SHADOW press options give the coach the ability to adjust the press to fit their gameplan whether that be aggressive trapping or controlling tempo.

The Fake Trap option (Frame 2 below) is designed to deceive the offense by presenting the same look as the Trap Option (Frame 1 below) and faking the trap. The hope is to confuse the ball handler and slowing the advancement of the ball. Wary of the impending trap, the ball handler slows his/her attack perhaps reversing the ball in lieu of attacking the pressure. X4 fakes a trap. SHADOW (X4) maintains and 8′-10′ supporting position to allow X1 to “get into” and pressure the ball and influences to the sideline. X4 stunts as if setting the trap then backs off.

X4 faking the trap keeps Player 1 guessing and slows the advancement of the ball.

NOTE: If the inbounds pass goes to Player 2, SHADOW (X4) fakes the trap with X2 and X1 assumes the helpside TOP I position.

Same action as SHADOW TRAP except X1 and X4 invert and execute an aggressive jump switch on Player 1.

The Up Option fully conceals the SHADOW player by aligning in the FACE press formation. The SHADOW player pressures the inbounder angled to influence the pass to the near sideline. Once the offense inbounds the ball X4 sprints to the SHADOW spot supporting X1.

Same alignment as FACE Trap except that X4 rotates quickly to the SHADOW position instead of trapping the inbounds pass.

X4 maintains the 8′-10′ supporting position and has the options of trapping (shown), faking the trap or jump switching with X1.

NOTE: If the inbounds pass goes to Player 2’s side, X4 rotates to the SHADOW position supporting X2. X1 assumes the helpside TOP I position.

The diagram below shows the rotation out of the trap in the Up option. Pass Out of Trap – Close Out to near man. X1 maintains pass denial position against Player 1 preventing the return pass to the ball handler.

X2 closes out to an on ball position against Player 2 pushing Player 2 to the near sideline or baseline checkpoint.

X4 sprints to top of circle assuming a TOP I helpside position against Player 4.

The Fake Trap, Jump Switch and Up options give coaches flexibility to adjust the press to fit their aims. Also, the options can be selected based on how they offense is attempting to attack the press.