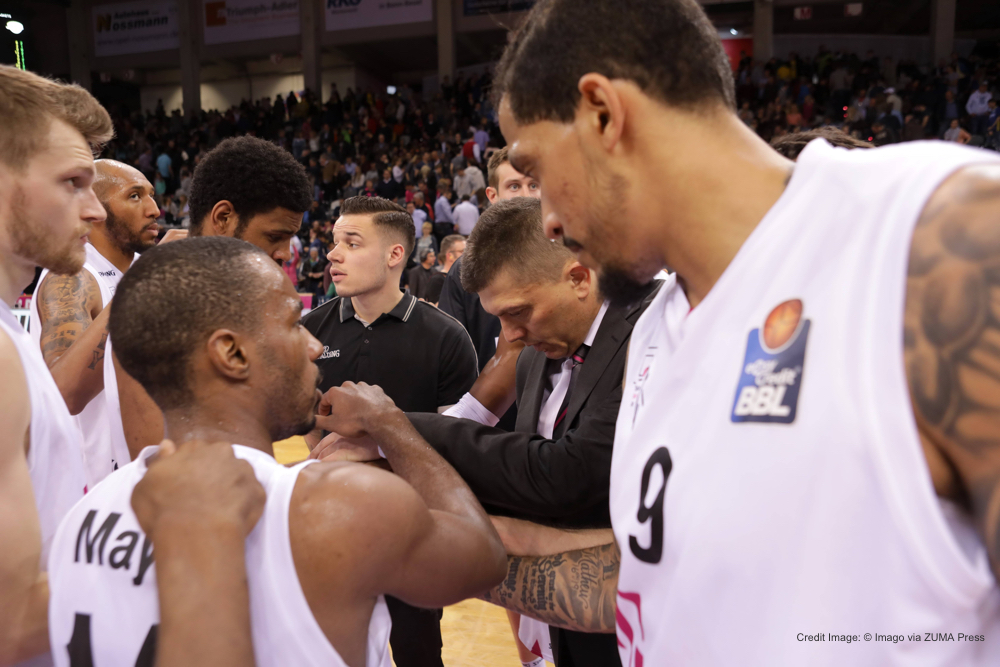 This is the second in a series of posts I am doing on developing great chemistry on your coaching staff. These posts come from my new eBook and workshop called “Building Your Coaching Staff Chemistry.” It is from the chapter in the book called “Working with Your Assistant Coaches.” It is on the concept of ‘micromanagement” and how head coaches need to be careful about falling into the trap of micromanaging their assistant coaches. If you missed the first post in the series on “Characteristics of a Good Coach – Character,” click on the title to be taken to it.

The eBook “Building Your Coaching Staff Chemistry,” is now available at my new website www.greatresourcesforcoaches.com. For those of you who are interested in finding out more about the workshop for your staff, email me at scott@coachwithcharacter.com.

Too often leaders in any type of organization feel they must do it all. They feel like they are the only ones who know exactly what they want done, so the only way to make sure things get done that way is to do it themselves. I have certainly had my share of moments like this as a head basketball coach and as an athletic director.

There were many moments during my career where I felt that I knew the way I wanted something done, so I would just do it. Or, I felt like I didn’t want to burden the members of my staff with some task, so I would just do it myself. Or, I felt like it would take me longer to teach them how to do it than it would take for me to just do it myself. No matter which of the three scenarios it was, I was basically micromanaging the members of my staffs.

Micromanagement is detrimental to staff chemistry. The leader appears to be saying that s/he doesn’t trust the members of the team to do things the right way. While the leader often doesn’t intend this to be the message being sent, it ends up being the exact message that gets sent. The assistants often feel like their work is not valued when they are not given much in the way of responsibility. They can get discouraged and start to feel like they are not wanted. Most often, though, they can feel like they are being controlled or manipulated. No matter which of these they feel, none of them are good for building staff morale and developing trusting relationships.

Leaders must step out of their own comfort zones and give up some control of certain areas to their assistants. They must show their staff members that they trust them. As hard as this can be, it is crucial for the team chemistry that the leader is trying to build. By “letting go” of some elements of the experience, the leader is giving ownership to the staff.

This is a huge element in building a strong, positive working relationship with the staff. When the staff feels they have ownership in the experience, they give more to the experience, which boosts their performance and strengthens the team. By giving ownership of the experience to the staff, they feel valued by the leader, and they are willing to do more to make things work. This becomes a total “win-win” situation for all.

Here is a simple, personal story to help illustrate the importance of not micromanaging by giving ownership to others. When I was about 13-years-old, I was put in charge of cutting our grass after my brother went to college. It was my job for the next 8 years or so. I did not like it all that much, but I did it and I did a pretty good job at it. At times my dad would tell me certain things to do when cutting the grass, but for the most part he let me just do it my way. While I didn’t love the job, I had ownership of it, so I felt a sense of pride in doing it well.

When I moved into my own house many years later, my feeling on cutting the grass totally changed. I was now cutting “my” lawn, and I loved it. Nobody else told me how to do any of it. I took pride in making it look good. I tried cutting it in different directions and patterns to see what would look better, while at the same time trying to be as efficient as possible. I fertilized the lawn, and weed whacked around it. My lawn became a badge of honor for me. When it looked good, I felt good. When it didn’t look good, I felt a sense of shame.

My son was born 16 years ago. In the last few years, I have begrudgingly given up the duty of cutting the grass to him. Like me when I was his age, he would rather not have to do it. However, it is important for him to have chores to do to help the family and to learn a bit about having a work ethic. He also gets a little bit larger allowance when he has cut the grass, so he likes the reward he gets. But it is not his lawn, so he does not feel the same about it as I do. I’m sure he will when he is older and has his own house, but for now, he is a typical 16-year-old boy.

However, I am very careful not to micromanage him when it comes to cutting the lawn. There are ways that he does it that I don’t. My gut tells me to let him know that he is doing those things “wrong,” but my rational self has overruled my gut, and I let him go. I realize that the more I tell him how to do it, the more he will dislike it. The more I let him go, the more ownership he takes of it.

I usually tell him afterward that the lawn looks nice. If he has hastily gone through the job and missed spots, I don’t reward him with praise, but that rarely happens. The more freedom and ownership of it he has been given, the better he has done. Does he like cutting the grass? Probably not. But it is his thing now. By not micromanaging him on how I think he should do it, I think he has taken ownership of it, and he seems to have a sense of pride each time he finishes.

Head coaches need to consider this same concept. Give up some things to your assistants that in your mind are not absolutely critical to be done a certain way, or more importantly, your way. Let them find their way, make mistakes, and figure out what will work best. Of course, when they are struggling or failing, offer some ideas and help them out. But don’t rush in every time something is not exactly the way you would have done it.

The more you let go and give ownership to your assistants, the more you will help them grow, and in turn, help the program grow. Who knows? They just might surprise you and show you an even better way to do something than the way you were doing it. What a great moment for your staff member and for you as the leader who allowed them the freedom to own their experience.