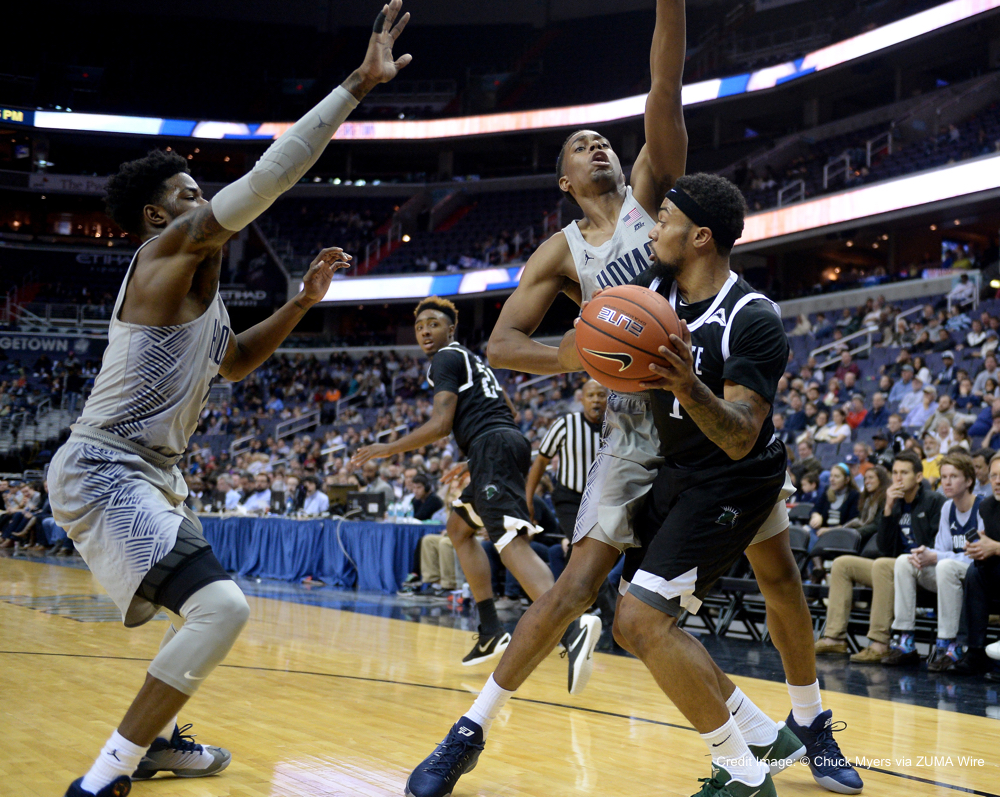 The next step is to adjust that press to combat how the offense is attacking it. Through scouting or in-game adjustments, getting familiar with your opponents’ press offense will help you select the correct press and make quick, effective adjustments.

Pass Back To Middle

One common tactic is the quick pass back to the middle to the inbounder. Either through scouting or early in-game observations, determine what “type” of player your opponent is using to inbound the ball. Is it a post player? Is it their primary ball handler? Can this player handle the ball or are they a dribbling and passing liability? In the frames above, the defense is in SHADOW press and the ball is returned quickly to the inbounder. On the flight of the pass the defense must rotate as the ball is now centered. In Frame 2, we are making the assessment that Player 4 is a capable ball handler. X4 pressures Player 4 pushes the dribbler to a sideline checkpoint. At this juncture, the press is essentially a man press.

In Frame 3, the defense had determined that Player 4 is not a capable ball handler. Rather than charge at them or trap them, the defense elects to back off (“DORK”) the player and deny everyone else. The goal is to keep the ball in that player’s hands. This forces the uncomfortable ball handler to advance the ball slowing its advancement and disrupting the flow of the offense.

The defense should do all it can to prevent the pass into the middle of the floor, but it happens. When it happens, the defense must respond with some pressure tactics that combat this. Above, the defense is again in SHADOW press and the ball has entered the middle of the floor to Player 5 before a decent trap was set (Frame 1). Player 2 must set the trap while Player 4 sprints to seal the trap.

If Player 5 is a capable ball handler, apply pressure and push toward the sideline. If Player 5 is able to escape a trap, X4 and X2 must pursue and seek to “back tap” the ball. Chase down the dribbler and tap the ball from behind or force Player 5 to pick up his/her dribble.

Perhaps Player 5 is an incapable ball handler; back off (“DORK”) and force them to advance the ball while denying everyone else (Frame 3).

Basketball coaching should be based in reality, not theory. And the reality is your traps will get split by good ball handlers. This should not mean the end of your press. The tactics below can help disrupt the “dribble-happy” press offense. The defense is again in SHADOW press and Player 1 has managed to free themselves and attack middle (Frame 1). X1 turns and runs and maintains contact with Player 1 while X4, the SHADOW player, sets the immediate trap. The middle penetration is dangerous and the ball must be trapped.

A capable ball handler may split the trap before it is sealed (Frame 2). In this instance, X1 and X4 must pursue and back tap the ball. X2 and X5 are helpside players and may fake and recover to bluff Player 1 into picking up their dribble, but X1 and x4 must either dislodge the ball with a back tap or get back on the trap.

Selecting a press that fits your personnel and game plan is the first step. Making the necessary adjustments to accomplish your aims is also vital for pressing success.