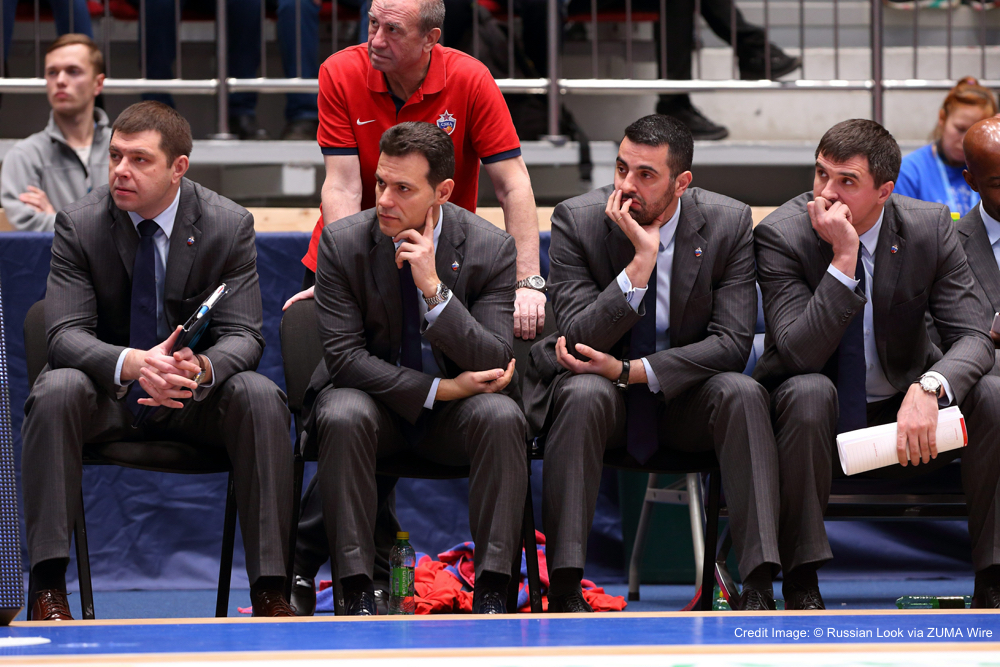 This is the third in a series of posts I am doing on developing great chemistry on your coaching staff. These posts come from my new eBook and new workshop called “Building Your Coaching Staff Chemistry.” It is from the chapter in the book called “Head Coaches Working with Assistants.” It is on the concept of how head coaches need to be careful about criticizing their assistants in front of their players. If you missed the first post in the series on “Characteristics of a Good Coach – Character” or the second post on “Head Coach/Assistant Coach Relationships-Micromanagement,” click on either title to be taken to it.

The eBook “Building Your Coaching Staff Chemistry,” is now available for you to order at my new website – www.greatresourcesforcoaches.com. For those of you who are interested in finding out more about the workshop for your staff, email me at scott@coachwithcharacter.com.

Criticizing Your Assistants in Front of Kids

Too often I hear stories of head coaches criticizing assistants in front of kids.  I am focusing here on coaches at the high school-ages and younger. (While I understand that this goes on at the professional and college levels, I don’t believe it is appropriate there either, but my focus here is on the younger ages.) This is a complete no-no.

You will also harm your program by doing this.  Your assistants will not want to work for you.  They will also get gun-shy about teaching or speaking up for fear you will rip them in front of the kids.  The kids may really like your assistants, and they may stop working hard for you because they have allegiance to the assistants.  Your kids may also not compete fearlessly because they may be fearful of how badly you will rip them, too.

Still, many coaches do this.  It amazes me that any head coach would do such a thing.  Here you have someone who is working for very little money and recognition, who does what you ask him to do, and then you rip him in front of the kids who you want to listen to him.  That just makes no sense.  If you have a problem with how your assistant does something, talk with him after practice.  If you need to correct what he is teaching because he is teaching it wrong, find a way to do it without embarrassing him and making him look stupid.

At times I have had an assistant teach something poorly or incorrectly.  Usually, after he finished teaching it or even the next day I would say to the kids, “Okay, coach taught you one way to execute that move.  Now, I want to show you another way.”  Then I would show the way I want it done, and tell the players in what instances my way may work better.  By doing that I was getting taught what I wanted taught, and my assistant did not look foolish.  In some ways he may even look smart because he was able to show the kids a different way of doing something, and it was his own way.

The point is that there is no place for you to rip into a coach in front of the kids.  You need to critique your coaches.  They need to know what they are doing right and wrong.  However, you do this behind closed doors where you can both speak freely.  You don’t do it in front of the kids.  You wouldn’t want the athletic director coming into your practice and ripping you in front of your team for the job you are doing.  Then don’t do that to your coaches.

Along these same lines, don’t usurp authority or control of something from your assistants or do anything else that would be considered disrespectful in front of the kids.  A few years back, a friend of mine, who was coaching football at another school, had the head football coach do this to him – during a summer camp!  It was the last night of the camp, and the team was scrimmaging against another team.  My friend (who we’ll call Jack) had just taken the job two weeks prior as the offensive coordinator for this team after the head coach had recruited him to his staff.

During the scrimmage, after two series of Jack calling the plays, the head coach told Jack that he was going to take over calling the plays himself.  He did this on the sidelines, right in front of the entire team.  This head coach just completely ruined any respect and trust the kids were starting to develop for Jack over the course of the week he had gotten to work with them.

A little while later in the scrimmage, Jack walked down to the head coach when he was away from everyone else and said, “I probably won’t be back after this.”  The head coach’s only response was, “Yeah, I figured that.” Jack decided that there is no way he could go back and coach for this guy.  The irony is that this guy wanted Jack to come work for him for the prior year.  In one week, he had driven Jack away.

It was a great learning experience for Jack, though.  He saw exactly what not to do as a head coach himself, and he felt firsthand the humiliation that a head coach has the power to inflict upon an assistant.  All you head coaches out there need to keep this in mind.  NEVER TREAT YOUR ASSISTANTS THIS WAY.  They are the lifeblood of your program.  When you cut them out, you kill your program.

Give your assistants the respect that they deserve.  Remember, that you are trying to help your assistants develop as coaches.  Teach them how to do what you want done, but also teach them how to run their own program.  Be a role model for what a head coach is like.  You are laying the foundation for their future as coaches.  Give them a strong foundation by being one yourself.  What you say to them is important to their future success; what you model for them is critical to it.  Be the best you can be, so they will be the best they can be.