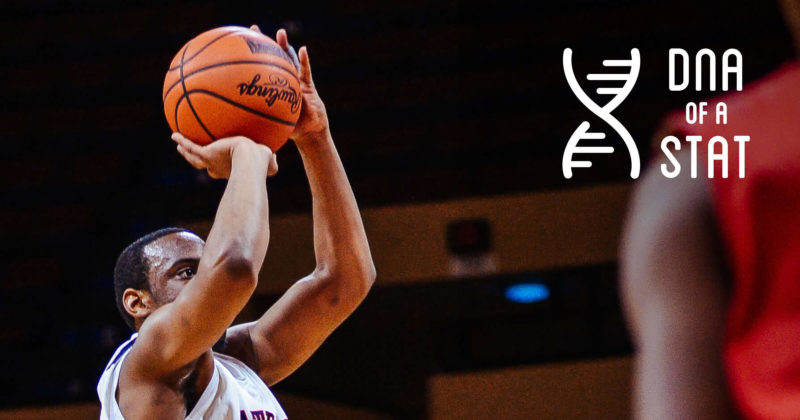 DNA of a Stat: When, Where and How: Shot Charts Help You Find Your Hot Spots by Dan Hoppen was originally published by Hudl at hudl.com/blog

Shot charts show you where an offense excels and struggles, and pairing them with video allows for valuable insights.

The best way to craft an effective offense is to get your best shooters launching from where they’re most efficient. Chasing that data led to the creation of the shot chart, as coaches often had assistants charting makes and misses from the bench or while watching the video afterward.

But relegating a shot chart to a piece of paper is exercising only a fraction of its ability. Hudl allows you to craft nearly any shot chart for your team or an individual player based on shot type, quarter/half and zone breakdown. You can call up your own shot chart or see how opponents have done against you, exposing holes in your defense.

Shot charts are taken to a whole new level when connected to video. With one click you can call up all shots from that specific area, saving you the time of having to hunt through game video and find specific moments. It’s an edge that the nation’s best programs have fully embraced.

If a post player struggles from one block but excels from the other, call up video from both spots to see what he or she is doing differently. Tired of watching your opponent rain 3-pointers from the corner? Check out the video and find the holes in your rotation.

“You can’t put a value on that,” Ryan Fretz of Clyde High (Ohio) said. “You really can’t. Just to be able to click on that and look at what type of shots he’s taking, you stick it right in the scouting report – 75 percent of his shots came off a down screen. Three of his 10 shots were catch-and-shoot, the rest were all taking it to the hole. It allows us to get that edge, to know what the guy is going to do before he gets the ball.”

Our minds simply aren’t capable of being completely objective, especially in the heat of battle. That’s something Chris Horton, the women’s coach at Lone Oak High (Texas) realized, but going through shot charts after the game brings things back into balance.

“When you’re in the games, you’re just in the flow of things,” he said. “My assistant coaches see it and we talk about who’s doing what. But in terms of what particular areas they’re scoring from, it’s hard to see until afterward. When I can look at the chart and see what’s going on, I’ll click on the specific area and that’ll pull up video.

“If I’ve got a girl that’s having trouble scoring inside, why? What’s she doing? It helps me coach them. It helps me big picture with offensive design, but it also helps me help them. I’ll go into each individual area and I’ll pull up the video. It helps me as a team concept and it helps me individually. I’ve had them start looking at their own stuff.”

Shot charts aren’t limited to learning about your own team. Use the data to find out where your opposition tries to get shots and craft your defense to keep them out of those spots. If there is an area where your opponent struggles, try to get them in that space more often.

Christian Selich, the women’s coach at Millington High (Mich.) has found great value in scouting opponents through shot charts and brings a TV into the locker room a few times each week to lay out the game plan to his players.

“There are certain opponents that we know shoot well from a certain spot and this is a spot that we don’t defend well, maybe we’ll spend some extra time in practice defending this area so we’re not giving up points,” he said.

Shot charts have always been useful, but their evolution has turned them into one of the most important weapons in a coach’s arsenal. And now it’s easier than ever to get these game-changing statistics. See what Hudl Assist can do for you.