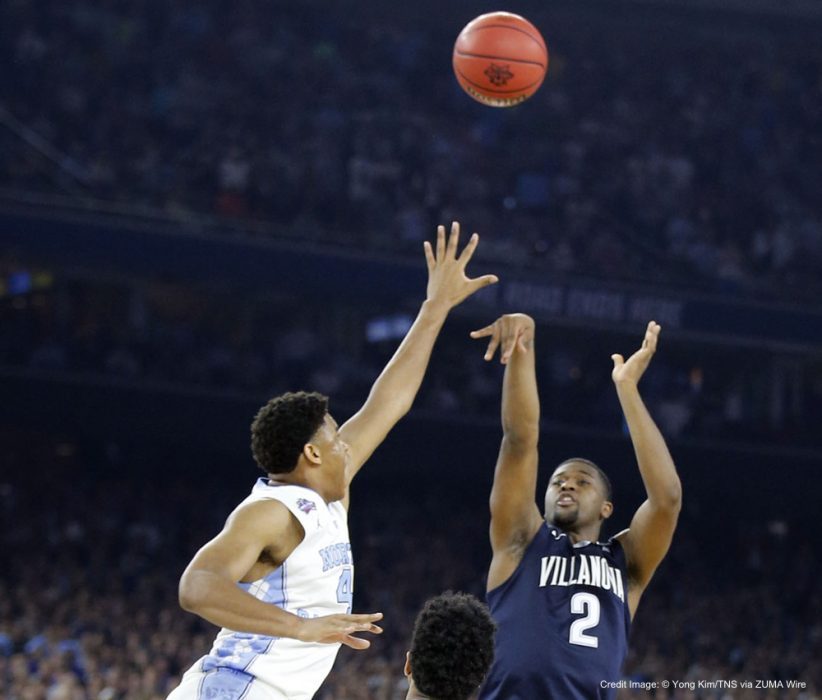 The good shooter is a picture of grace, releasing the ball with seemingly effortless motion. However, this “seemingly effortless motion” comes at a high price. Some studies have proven it takes approximately 200,000 correct repetitions to learn a basketball skill to mastery. How much is that? About 10 years! Thus, it is extremely important to practice the proper mechanics from the beginning. The following instructions include pointers I have compiled from some of the best coaches in the game, and put together to form a comprehensive guide to shooting, from A to Z.

Feet
Coach Rick Majerus emphasized good shooters always “get their homework done early.” They own their feet! Feet should be planted slightly less than shoulder-width apart. In doing so, position your shooting foot slightly ahead of your non-shooting foot. This allows for your shooting shoulder to be squared to the basket (similar to throwing a dart). Either use a two-foot plant (quick stop), or one-two stop for setting up a shot. However, the two-count (1-2) stop is a must for any approach at an angle. On rare occasions some athletes can “square in the air.”

Legs & Knees
A bend of 45 degrees is recommended for the thighs and lower legs. We refer to this as “level 1.” Typically one can place palms over knee caps. “Down-up” energy is the major force necessary to start your jump shot. It is important to develop a consistent jump – toes through the floor as in jumping rope. Becoming a quick shooter begins with the speed of the toes hitting the floor and bouncing back up. The ball should be released before the top of the jump and feet should sweep forward at least six inches when landing.

Head & Eyes
The chin should be slightly higher than parallel to the floor and both eyes should see the basket. With this in mind, a good shooter will focus on the back of the rim. Watching the ball in flight is not recommended.

Grip
The fingers of the shooting hand should be spread comfortably with the ball resting on the pads of the fingers (should not be in contact with the palm). Be sure to center the index finger on the ball between the thumb and three other fingers.

Shot Line
The ball will begin in the “shooter’s pocket”, dip down (when shooting off a pass) and follow a vertical shot line up to the release point. You do not ever want to miss to the left or to the right. Good shooters miss straight. Keep your shooting elbow in and under the ball; aligned with your shooting knee and foot.

Perfect U-Shape Platform
Prior to the release of the ball, the wrist, forearm and upper arm should all appear in the shape of a sideways “U.” This perfect platform appears almost parallel to the ground as the wrist is cocked (wrinkle the wrist), and the elbow leads the shot up through the face (vertical) while it stays in line with the shooting foot. The forearm and elbow provide the second force of the shot. The wrist is the third and final force. All three forces combine for one fluid motion. The ideal launch angle is 50-55 degrees, and it is vital to release the ball on the way up just before the peak of one’s jump – never on the way down. Another rule of thumb to determine whether or not one has has proper arc: the top of shot should be as high as the top of the board (top of the shot = top of the board).

Follow-Through
After extending the fingers forward and through the ball, concentrate on the index finger going straight down. If done correctly, the index finger should come together with the thumb. We call this the “Kobe pinch” in our program. Backspin will be produced on the ball (ideally about two revolutions per second). Be sure to always follow-through with complete elbow extension. (Hold this for two seconds or until the ball hits the rim. Proper arc on the ball can be insured if your elbow finishes just above eye level (eye high).

Guide Hand
One of the primary reasons for poor shooting is the incorrect usage of the off hand, or guide hand. Think of the guide hand’s purpose as a tee is to golf – only for balance. The ball is positioned on the pads of the fingers which are all pointed upward. As extension from the shooting hand (perfect platform) begins, the guide hand releases from the ball. Be sure to practice “clean” releases. Throughout the follow through, the elbow remains flexed (bent) and the fingers continue to point upward (“5 up & 5 down”). The shooting hand finishes just above the guide hand.

Following Your Shot
A good shooter can usually feel if a shot is going in or not the instant the ball leaves the hand. Therefore, as soon as contact is made with the floor, aggressively follow the shot to the area in which the rebound may go. Generally speaking the ball bounces nearly as far as the shot itself.

Form Shooting
It is very important, prior to any shooting practice, to warm up with proper form shooting. These exercises are guaranteed to improve your shooting accuracy.

Form Shooting Progression
1. Wrist Extensions – While kneeling, place hands on the floor with arms straight and stretch out the forearms. Then turn the hands upside down and repeat the process.
2. Trace & Retrace – Lay down on your back with shooting elbow tucked close to the body. Assume the perfect platform and extend arm into the air with full extension. Retrace the motion back to the original position.
3. Arm Swing ­– Sit down in a stance with shooting arm hanging by the side. Swing this arm back and forth, eventually locking into the perfect platform position. Then with the guide hand, push the elbow up, fully extended.
4. Groove The Shot / 1-Handed – With one hand bring the ball up into the perfect platform. From here, shoot vertical (up and out of the phone booth). After a made shot, take one step back and repeat. Do this on the right side and then from the left side, using the left hand.
5. Groove Your Shot / 2-Handed – Stand directly in front of the basket and simply add the guide hand. Concentrate on finishing “5 up / 5 down” with a special emphasis on a “clean release.”

Keys to a Quality Shooting Workout
Shooting is a very important part of the game and it gets a lot of attention, as it should. Therefore, incorporate these types of shots when designing a workout, whether it be alone, on a Dr. Dish or with teammates.

All the while emphasizing