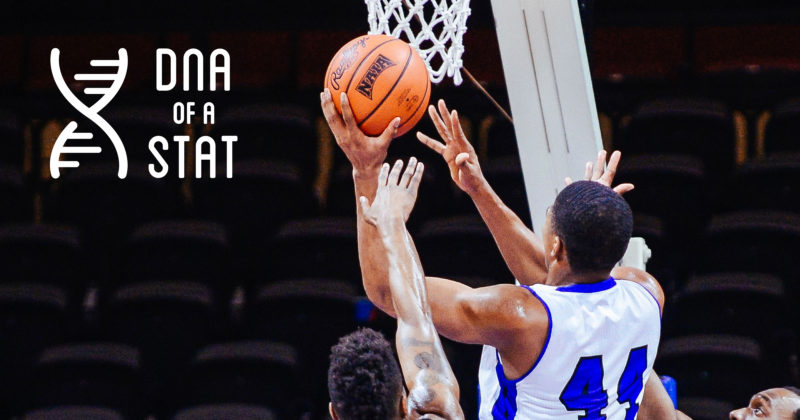 DNA of a Stat: How the Four Factors go Deeper Than Traditional Counting Stats by Dan Hoppen was originally published by Hudl at hudl.com/blog

Basketball games aren’t played in a vacuum. The Four Factors help coaches adjust for pace of play to get a more accurate view of their team.

All shooting percentages are not created equal.

Take the case of Marcin Gortat, the reliable Wizards center who shot a sterling 58 percent this season. On the whole, he makes a higher percentage of his shots than teammate Otto Porter, who shot 51.6 percent.

But Porter has something in his game Gortat does not. Porter shot 4.3 3-pointers a game, canning 43.4 percent of them. Considering how much more valuable a made 3 is compared to a 2, Porter’s shots are typically more valuable than Gortat’s. Porter’s effective field goal percentage is 60.8 percent compared to 57.9 percent for Gortat.

This is just one example of how traditional counting stats often fail to tell the true value of a player. They don’t account for pace of play, different shot types or playing time, leaving them useful but ultimately flawed.

Dean Oliver set out to fix this issue in his 2004 book, Basketball on Paper, where he unveiled the Four Factors to more definitively gauge performance. Oliver highlighted four main traits that helped define winning teams – accurate shooting, strong rebounding, being turnover-averse and getting to the free-throw line. He then created statistics that show teams how they’re doing in these areas.

We want to help you take full advantage of these numbers next season, so we’ll break down each one by showing how it’s calculated and why it’s important. And to verify the numbers’ worth, we’ll provide the top five NBA teams in each category, proving that the best teams excel in these areas.

Field goal percentage alone is a useful stat, but it doesn’t take into account the added benefit of that extra point from a 3. This is an easy way to balance the value a 3-pointer provides.

How it works: Factors in the added value of a made 3-pointer versus a 2-pointer

“We really used to preach the in-between game, the pull-up jumper,” Greg Miller, the head coach at Robinsdale-Armstrong High School (Minn.), said. “Now I’ll let kids do it, but the percentages show that it’s just not a good shot. So we do a five-out offense and spread the floor. We have a big man who can get doubled. We obviously don’t tell them to spot up at the elbow. We tell them to spot up at the 3. The trends in basketball are changing because of the analytics. You saw that in the NBA this year. Shots are up 35 percent from last year. It’s a shot that is changing the game for sure.”

Every coach recognizes that turnovers are bad and avoiding them is critical to winning. But simply counting turnovers doesn’t take pace of play into account. A team that walks the ball up the floor is likely going to have fewer miscues than one that fast breaks at every opportunity, but they’re also using far fewer possessions. Turnover percentage factors in how many possessions each team has, making it a more accurate representation of ball security.

How it works: Factors pace of play into typical turnover stats

“Turnover percentage is big for us,” Ryan Fretz of Clyde High School in Ohio said. “We know who we can force into turnovers. Every time our opponent turns the ball over, that’s one less shot that they get to take. We want to take more shots than them, so we don’t want to turn the ball over. It changes the game big time when we look at the difference in turnovers.”

The more opportunities a team has to score, the more likely they are to do so. Gobbling up offensive rebounds creates more possessions and can demoralize a defense that worked hard to get a stop. Once again, pace of play is a factor here. A team that takes more shots is going to get more chances at offensive boards.

How it works: Adjusts rebounding rate with pace

Oliver defines free throw rate as more important than free-throw percentage. Sure, it’s great to make most of your free throws, but if you’re not getting to the line often, that’s not very useful. Teams and players that shoot more free throws earn more opportunities at easy points while getting the opposition into foul trouble.

How it works: Measures how often a team or player gets to the foul line

It’s important to remember that succeeding in just one or two of these areas probably won’t be enough to get your team over the top. Use the Goals report to make sure you’re thriving in all four.

There is still value in looking at raw numbers, but coaches are increasingly digging deeper to find more valuable stats, and the Four Factors are a huge part of that. Checking in on these numbers provides a more valuable barometer of team performance.