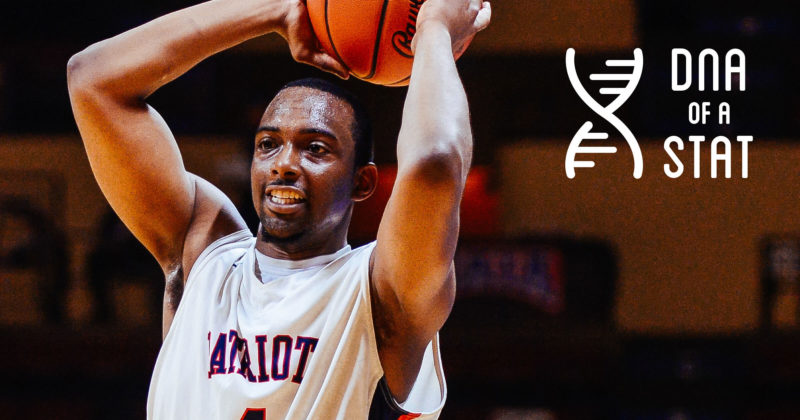 DNA of a Stat: Evaluate Player Contributions with Plus-Minus by Dan Hoppen was originally published by Hudl at hudl.com/blog

What better way to find a player’s value than examining whether the team wins or loses when he’s on the court? That’s the power of plus-minus.

During a nationally televised game against the Knicks on March 5, ABC’s cameras picked up a conversation between Golden State Warriors coach Steve Kerr and star shooter Stephen Curry, who was in the midst of an off shooting night.

Plus-minus has become a favored stat among coaches because it shows how the team actually performed when a certain player is on the floor. It goes beyond points, rebounds and other traditional stats, painting a more complete picture of that player’s contributions.

“When it comes down to it, numbers don’t lie,” Ryan Fretz, the head coach of Clyde High School (Ohio), said. “We’re up front about it. We’ll show (the players) the numbers. If you want more playing time, you’ve got to progress here. It gets us looking at the numbers outside of points, rebounds and assists.”

Go Beyond the Box Score

A player can score 20 points in a game, but if he’s simply hunting shots, not involving others and playing shoddy defense, is he helping the team?

Not so fast. Oklahoma City was outscored by 14 with Westbrook on the court and lost 104-89 to a sub-.500 team. On the surface, Westbrook had a solid game. But dig a bit deeper, and it’s clear his contributions weren’t as impactful as they first appeared.

Rudy Gobert is likely never going to be an offensive force. Though the Utah Jazz center shot 66.3 percent from the field this season, most of his attempts are in the paint, typically coming off assists from teammates or offensive rebounds. He averaged 14.0 points per game, a solid but unspectacular number.

Gobert is a monster defensively, one of the NBA’s best at defending the rim. His box score stats don’t give him the appearance of a game-changer, but factoring in his defense shows his true value.

Plus-minus isn’t a foolproof way to gauge defense, but it’s helpful. Some players don’t put up strong counting stats but are still very helpful. Plus-minus shines a light on some less-heralded players.

Perhaps the best way to use plus-minus is in determining which players should be on the floor together. By looking through the lineup data, you can see which combinations played well together and outscored the opponent.

“What I see in the data sometimes points out errors in the ways that I think,” Rob Brost, the head coach at Bollingbrook High School, said. “That is my first red flag, like, ‘Maybe I’ve got the wrong lineup out here.’ You can look and say, ‘We had lineup A out there in crunch time and it wasn’t very effective. But in the next game, we had a different group out there and that group was much more effective.’”

The plus-minus of lineup data highlights units that mesh well. It’s a simple way to help you find your strongest combinations.

“A lot of my lineups are decided because of the plus-minus.”Christian Selich, Millington High School girls’ head coach (Mich.)

Like any stat, plus-minus isn’t flawless. You must take into account when a player was on the floor (an athlete playing against all reserves might not play as well against the opposing starters) and sample size.

But when combined with other relevant statistics like VPS and the Four Factors, it helps to uncover important information that may slip through the cracks. After all, it’s literally a measure of winning and losing. What’s more important than that?

With Hudl Assist, it’s easier than ever to get access to game-changing numbers. Check it out.