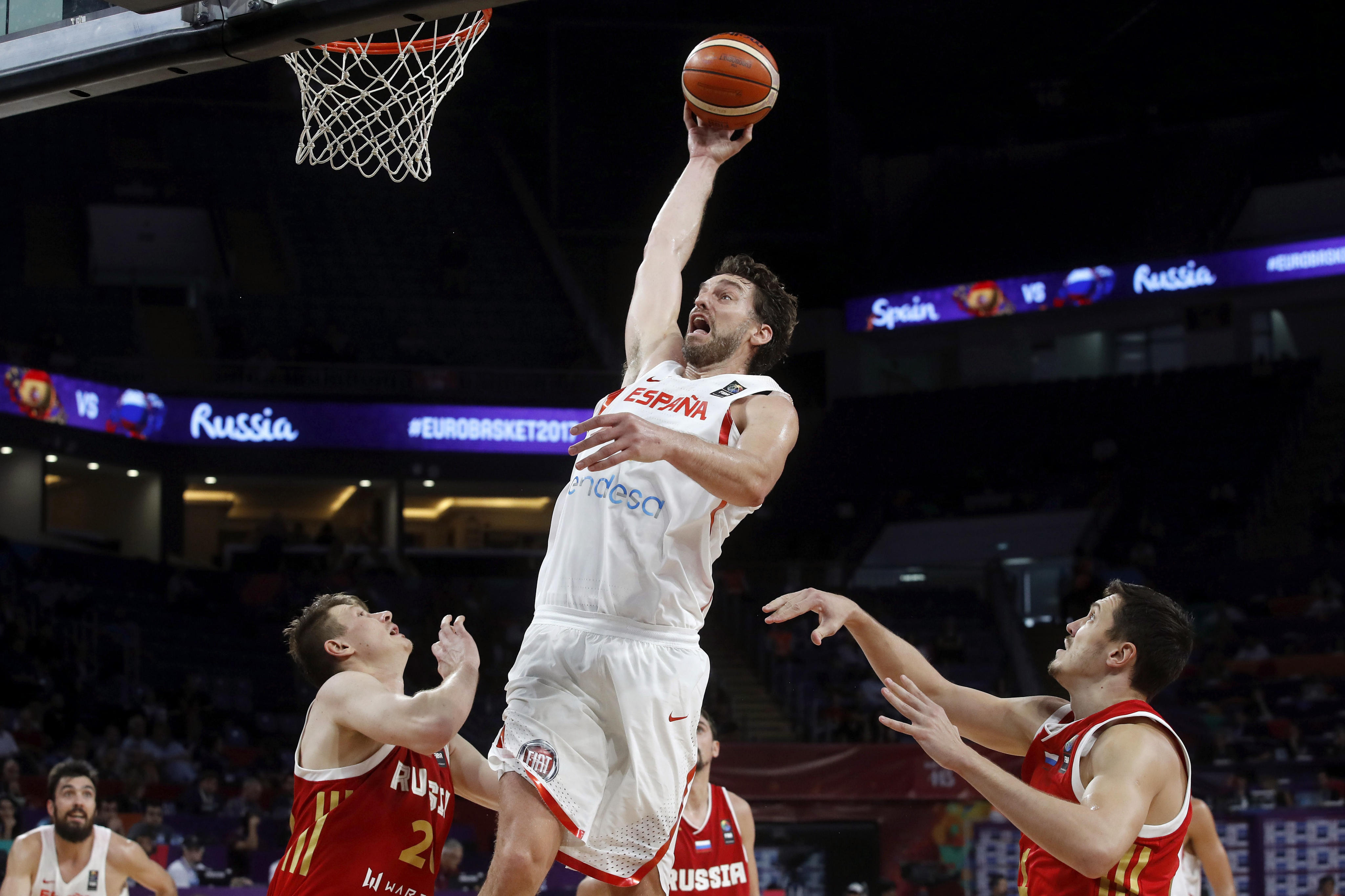 The FIBA EuroBasket 2017 competition ended on September 17 with Slovenia taking the gold medal after besting Serbia 93-85 in the championship game. The Slovenians, lead by Miami Heat guard and Eurobasket MVP Goran Dragic, marched through the three-week competition undefeated.

As in many international competitions, the “Horns” alignment was heavily featured in Eurobasket 2017. Many international teams have long played from Horns to varying degrees. Below are three Horns sets from Spain, Finland and Germany that fit the personnel of each team.

Perhaps the biggest surprise of Eurobasket 2017 was that Spain did not win. The Spanish roster was deep with NBA players and international experience. NBA veteran Pau Gasol became the EuroBasket all-time leading scorer during the 2017 competition.

Spain used this Horns set featuring their trademark screen-the-screener sequence, to get Gasol and other bigs, including Marc Gasol, inside touches coming off cross screens. (Click on image to add to FastDraw Library) Post touches generated from sets like this helped Spain claim the bronze medal with a 93-85 win over Russia.

The Finnish team made their presence known in pool play before falling to Italy in the round of 16.

Lauri Markkanen, a first-round pick of the Chicago Bulls, gave fans in the Windy City plenty to hope for. Markkanen was impressive and showed a knack for the big shot late in close games including this dagger three diagrammed below in overtime versus France.

Finland used a bit of false motion and brought the ball to the action and Markannen used the motion offense concept known as the “second cut” to create space for the shot. (Click on image to add to FastDraw Library)

The back cut off the down screen is the first cut and it forces Markkanen’s defender to hesitate in the paint. Markannen second cuts outside the arc for the shot.

German guard Dennis Schröder also had a great showing in Eurobasket. The Atlanta Hawks point guard is lightning fast and the design of this Horns set seeks to take advantage of his speed.(Click on image to add to FastDraw Library) Schröder looks to win the short race to the ball and “take” the ball from Player 4 off the elbow. The side is cleared for him to attack if there is an advantage present. If no advantage is present, Player 4 can twist into a wing ball screen for Schröder.

The Eurobasket 2017 tournament provided an exciting teaser for the upcoming professional basketball season. Players from the NBA and other top international leagues gave basketball junkies dose of late-summer competitive basketball and high-quality #XsOs to learn from.

For help with practice planning and implementation of international offensive elements for finding, using and creating offensive advantages please reach out and join our community for basketball coaches!